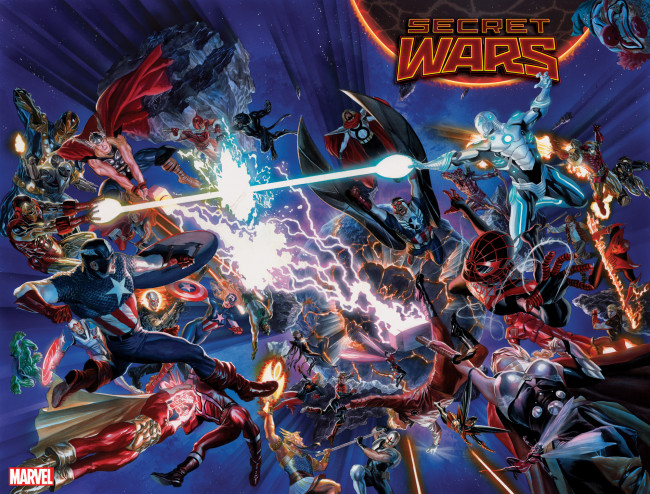 Oh! Hello there. Please, pardon me; I didn’t hear you come in. By all means, take your coat off and have a seat by the fire. Would you care for a drink? Some hot tea, a mug of cocoa, or perhaps a snifter of brandy or a fine Irish whiskey? I wasn’t expecting any visitors in my little corner of NEPA Scene, but they are always welcomed. What is this place, and how is there a metaphorical fire here on the Internet? The answer is simple; this is the weekly/biweekly/whenever-he-has-the-opportunity-ly column “Wildly Frustrated!” You still don’t know what that is? *sigh*

Well… this space allows me to warm myself, and others as well, with the burning rage that only a nerd can muster. I assure you, we won’t get into any light discussions here, such as politics, church, race, and the like. No, I only focus on serious matters such as movies, comics, TV, and other important topics in the media, and only if it angers me to the point where I need to share my disdain with you. I hope you enjoy my little rants and find it entertaining enough to return for subsequent visits. But now… where to begin? Ah! I know just the topic to kick off this column.

On Jan. 20, Marvel Comics released an “announcement to end all announcements!” The hyperbole was palpable, but, as someone who is a “Marvel guy,” I couldn’t help but tune in for it. Apparently Marvel has decided to “shake things up.” They are not rebooting their universe and continuity, per say, but they totally are, and they are doing so in a manner that will confuse the living shit out of everyone who follows their comic line! Their next event, “Secret Wars,” will see the convergence of the Marvel Universe proper (the 616) and the Ultimate Universe (a modernized version launched in 2000) into one entity. Seems rather straightforward enough until one learns how this event will unfold.

Marvel has seemingly found the most confusing way to accomplish this feat, rather than a simple (for comics, anyway) storyline where the inhabitants from universe A jump into universe B and that doorway collapses, thus keeping them stranded in universe B. In that sense, Marvel could have heroes and villains from both universes coexisting together. This method couldn’t possibly lead to new story opportunities, new friendships, new mentorships, new conflicts, new dramas, and new stories, right? Heavens no! That would be too… what’s the word I’m looking for? Simple! Yes, that’s it. That would be too simple!

So what’s the opposite of “simple” when it comes to comic books? The answer, intrepid readers, is “convoluted!” To fulfill that definition, Marvel has seen fit to create an Earth made up of not only the 616 Earth and Ultimate Earth, but also the “Earths” (I guess) of different stories throughout the 616 timeline (“Civil War,” “Utopia,” “Planet Hulk,” etc.), alternate timelines (“Old Man Logan,” “Age of Apocalypse,” “1602,” etc.), and alternate universes (“Marvel Zombies,” “X-Men: The Animated Series,” “Age of Ultron,” “Marvel Mangaverse,” etc.). And all those etceteras are needed because there are A LOT more where these came from.

This isn’t contained within a whole new universe, though. This is all held on one single planet! I’m not talking about an alien planet, either. This is contained within… I don’t know if you can even call it “Earth” at this point. What I do know is that this patchwork world looks as if some B-movie hack surgeon took a cleaver to construction paper and sewed these mismatched shapes together, looked at his creation with pride, and said, “Yup! That’s a monstrosity!”

In any event, and that bad pun is absolutely intended, the Battleworld that is made up of these Frankenstein monster-like hodgepodges of land doesn’t seem to be populated by any actual regular Joes, either. Much like the original “Secret Wars” event in the ‘80s, the heroes and villains will do battle, and those who survive will make up the new-NEW-Marvel NOW-Marvel Universe! However, there is nothing being said about the regular average Joes. I mean, this is “Earth” we are talking about; this isn’t a different world. So does that mean the regular humans just got poofed out of existence? If you aren’t a hero, villain, freak, experiment gone wrong, or nigh-deity, this ain’t the world for you? Is this only a world for 10 different Thors, a multitude of X-Men(s), at least five Wolverines (sans the 616’s since he recently met his end, and more on that later), a couple of Nick Furys, and a splattering of Captain Americas?

I’m not being facetious here. With how many “stories” are being included, you will have copies upon copies upon copies of heroes and villains running around. They are, at some point, going to have to just “pop” the “normals” back into the world of these surviving heroes and villains; otherwise, this new universe is going to become mighty boring with no one to save or fight for.

Seriously, though, my two biggest problems with this event are as follows. First off, Marvel made such ado about “huge changes” during the past few years. In “Fear Itself,” we learned that Nick Fury had an illegitimate black son who, after a series of events, renamed himself Nick Fury and ended up looking like Samuel L. Jackson so 616 would have a visual equivalent of a Fury from the Marvel movies (although the Ultimate line already had that, so this was redundant as all hell). That was also the event where Steve Rogers reclaimed the mantle of Captain America. Recently, Steve lost his super solder serum (it was removed from his blood… just don’t ask), so he started aging fast! He then passed down the shield to his longtime associate Sam Wilson, who merged the Falcon and Cap personas together. We also saw Thor become unworthy and a mysterious female claim the Thor title for herself. We witnessed Iron Man become a giant d-bag, Wolverine die heroically and tragically, Sabretooth become a hero, and that’s just to name a few status quo changes the Marvel U saw last year.

My problem is none of that matters! Nothing! All of that character development, all of those “huge changes,” will mean jack shit by the time “Secret Wars” is over. There will be A James “Logan” Howlett walking the 616 again. A youthful Steve Rogers will be Captain America. Sam Wilson will probably just be Falcon again, but even that gets iffy because which Falcon will survive the Battleworld remains to be seen. It feels like Marvel is reneging on what they just provided to readers. “Sure, go ahead and make all these changes and create these new stories. It won’t matter anyway after we hit the reset button.”

The other problem is simple – why does this have to be so goddamn difficult? It doesn’t have to be! I’d love to see someone work this all out in a spider web pre-writing exercise or something on a blackboard. It would make the equation from “A Beautiful Mind” look like kindergarten mathematics! Marvel has always been proud of their history and the fact that everything in the past 75 years or so mattered. Now, it will technically matter, but it will just be “muddied,” for lack of a better word. DC Comics has performed complete reboots and deletions of their entire histories several times in the past 30 years (most recently with the New 52), but at least the biggest complaint I have with them is with their continuity and timing of events. It isn’t as if I had to take a fictional geography course to kinda, sorta, maybe grasp an inkling of what the hell was going on in their new stories.

All this complaining isn’t mine alone; similar criticisms are being made right now by countless other fans (it’s just what we love to do), and Marvel isn’t going to change course because of them. They never have before, but then again, all comics are cyclical. Not Marvel, not DC, but all comics. No one stays dead forever. Everything always returns to the way things were in one way, shape, or form. And who knows… maybe there will be some interesting stories that come out of this event, if not during it. It isn’t impossible to see that there might be interesting stories to be told with characters we all love (or hate). For the time being, this topsy-turvy world that Marvel wants to create just isn’t for me. I’m going to stick with my runs Bendis and Brubaker on “Daredevil,” Bendis’ “Avengers,” JMS’ “Spider-Man,” and, to me anyway, a much simpler time in the Marvel Universe.

Boy… all that raving really takes a toll! I must excuse myself for the evening. I don’t mean to be rude, but I feel I must retire. But, by all means, don’t be afraid to drop by again. I’m sure there will be more topics that will raise my ire in the future. Until next time, my friends.