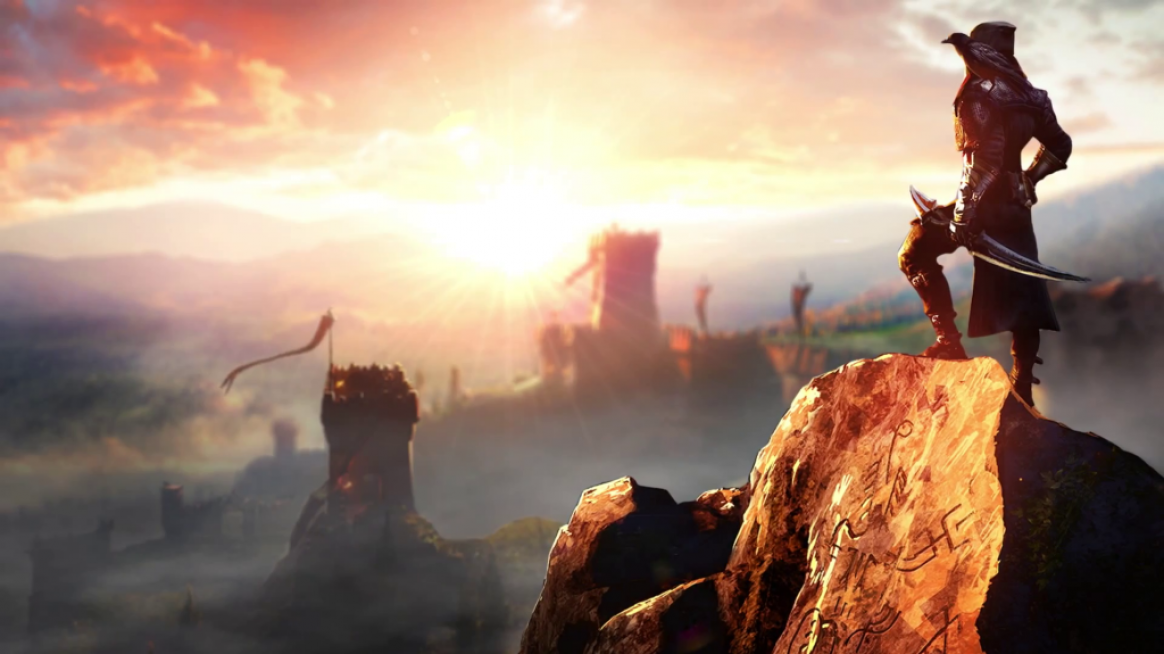 Hello there, and welcome to the second installment of my column, Wildly Frustrated! I’d like to discuss a serious issue with you today, dear readers.

Video games have been around since the 1970s and have evolved remarkably over their 40+ years in existence. From the simple days of “virtual ping pong,” a kidnapping gorilla, heroic plumbers, and so on, to vast worlds, modern-to-futuristic military operations, and epic sagas, the evolution is clear. However, there is an unknown victim besides the Bowsers, the Templars, and the evil corporations of the video game world.

As of this writing, there is a video game that has been played for more hours than recorded history by its players. Families have lost parents, sons, and daughters to this life-occupying game. Farms have been forgotten. We are on the verge of a new dust bowl here, people! Industries have suffered. People are abandoning their desks and workstations! Children have to fend for themselves all because their caretakers have become enthralled in this mythical digital world. And the biggest problem is I, too, am suffering from this obsession as well.

* Also, I actually don’t have any data to support the claims stated above. It sounded good though, right? I mean… it sounded absolutely impressive to me, anyway. But the playtime fact is entirely true, by the way. That can be found here thanks to IGN.

Back in November, EA and Bioware released the third installment to the “Dragon Age” franchise, subtitled “Inquisition.” I have played the preceding games in the series, so it was absolutely a “day one” purchase. After purchasing it, I fired it up, loaded my world into the game (basically all the choices I made in the previous games), and began creating my Inquisitor. Out of the options for race and gender, I decided to create a male human. (It has dawned on me that I usually always go with a male human in these types of games. I guess I just associate with them the best.) As for my class, I prefer to be in the midst of the action, so a fighter just made sense for my play style. Then, after taking about 30 minutes to precisely craft my Inquisitor’s appearance (and then name him), I was finally able to begin my quest.

In the first 30-40 minutes or so, after the character creation, you are brought into the game and its world one step at a time. As you progress and reach your base of operations, it dawns on you that this game, and the world of Thedas, is extremely large! Gameplay mechanics are opened up, quests are revealed, and, as you journey, allies are found to aid in your quest.

Every quest and choice you make unravels the story bit by bit. Some decisions may win favor in your friends’ eyes; others may cause disapproval. Sometimes this happens at the same time, and the reactions happen in varying degrees. Regardless, the world feels like a living environment full of people trying to live day by day under the threat you are trying to quell. Hell, there is even wildlife that populates the different environments that you will end up exploring: some hostile, some docile, and others docile until provoked.

You’ll find pockets of ore and minerals to be minded, herbs to be harvested, cloth to find, and hides to be hunted for along the way. These materials can be combined in numerous ways to craft a litany of armors, weapons, runes, modifications, and potions. And all this crafts a nice little diversionary mechanic that can suck you in, which is a good thing since the main story alone, without going out of your way to find sidequests, will take you at least 80+ hours to finish.

Now, this is “Wildly Frustrated,” yet there has not been once single complaint so far. To be fair, I don’t have any complaints about the game, per say. I truly love it! The story is an amazing, an overarching tale filled with twists and turns. The characters will banter back and forth with each other, making them feel like organic people. Do I have a few gripes about some things here and there? Sure, but not enough to not recommend the game to anyone who loves a strong story or the RPG genre itself.

So, what am I frustrated about? I have spent 160 hours on this game, and I am not even finished! I don’t even want to do the math of the per hour breakdown over the past few months! Worse yet, I know I could’ve been productive with my life in that time! I came across this webcomic on dorkly.com, and it sums up my experience with this game perfectly.

Moving through this game, I have made it a purpose to do every goddamn thing that crossed my path! No matter how big or small, if I come across a quest, I am compelled to finish it. I once took flowers to a grave for shits and giggles! I was over-leveled, the reward was going to be useless at that point, but it was presented to me and, I’m a hero, damn it, so those flowers were going to get delivered!
My time in the game goes well beyond that, though. I had to have wasted something like 35-50 hours garnering materials and schematics to craft armor after armor, weapon after weapon. My party of fighters, mages, and rogues are practically juggernauts! NO ONE EXPECTS MY “DRAGON AGE: INQUISITION!

To be fair, at least I am two main story quests away from completing this sucker, and I do need to complete it. Even I realize I’ve been in this game for far too long. But I know I need more! When DLC gets released, and surely there will be DLC, I am going to buy that shit as soon as it drops! I need this story and game to continue. This must have been what “Skyrim” players felt when they got into that game. Thankfully, I did not get into that game; I skipped it because I thought it was too big, too long, and too time consuming… The irony does not escape me.

So yeah,” Dragon Age: Inquisition” has turned me into some twisted Pavlovian dog that will throw fistfuls of money at it because I need more of this game and couldn’t be happier, and that’s what pisses me off the most! I realize this isn’t an official review of this game. You know what? Screw it! I’m making this rant an official review. Why not, right? Therefore, if you have the time to invest (remember, at least 80 hours); love a good, epic story; can overlook some minor graphical hiccups here and there; and aren’t afraid of some minor video game addiction; a vibrant world to explore with a party of ragtag misfits will be opened to you.

But seriously, I need some good DLC after I finish this game. I don’t know if starting a new game with a new character will be enough for me. Now, if you’ll excuse me, I need to go and destroy a dragon that thinks it will stand a chance against the Inquisition.