Age ain’t nothing but a number… Don’t piss on me and tell me that it’s raining… You can’t put shoes on a jackass and call it a race horse… You may have heard these adages before, you may have not. Either way, these proverbs are applicable to many things in life, including the auction business.

Age ain’t nothing but a number.

Human beings are not born with a dowry of chattel. Our afterbirth does not contain all the furniture, collectibles, jewelry, and general tchotchkes that we will ever have in our lifetimes. We acquire things as children, as teenagers, and as adults. If a grandmother dies at 101, not everything in her house is automatically that old. Some of her possessions may be that old. Some may in fact be older than she was if they were inherited from her ancestors. More than likely, the majority of grandma’s stuff is younger than she was. Amazing, I know, but believe it or not, old people buy stuff right up until the day they die. So no, the electric can opener on grandma’s counter, the VCR in the living room, and the dining room suite that she and grandpa purchased in 1946 are not 101-years-old.

And it may not matter even if they were. The potential value of a piece of merchandise is not directly proportional to its age. “Antique” does not equal big money. Market viability of estate merchandise has to do rarity, desirability, and condition.

Don’t piss on me and tell me that it’s raining.

I have eyes, and the only time they have been known to deceive me is at a Chinese buffet. Too many times have I been told over the phone that something is in “mint” or “excellent” condition, only to arrive at an estate to find the complete opposite.

Mint condition means that something was NEVER used. The condition level below mint is excellent. However, an item is not in excellent condition if…

You can’t put shoes on a jackass and call it a racehorse.

Believe me, I want to be able to walk into an estate and remove every single item in it. I dream of the house that contains nothing but marketable items. But every estate – no matter how good it is – has some level of garbage in it. Sometimes after telling someone that an item is worthless, he or she will try to sell me on taking it by making outrageous suggestions as to what potential buyers could do with it besides take it to a landfill. No amount of cajoling, begging, or creativity will cause me to schlep an item that belongs in the trash.

I have – with genteel honesty and expertise – dashed the hopes of some who mistakenly thought that they had treasures, the likes of which would produce the monies to finally finish that addition on their homes, buy that classic car they always wanted, or at least have one hell of a night at a strip club. This is done without malice or pleasure, but with an understanding of the market and an appreciation for my bidders.
Whether dealers or collectors, auction goers are well-versed in their various fields. They know what they want and why they want it. To seasoned auction buyers, age only matters in the context of what they are seeking, condition is everything, and they will immediately recognize a donkey among thoroughbreds. 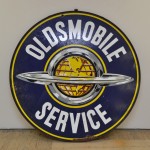 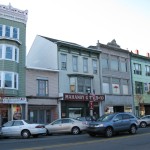