The black-and-white beasts stand 6 feet tall at the shoulder, weigh 2,000 pounds apiece, and have hooves as large as dinner plates – but they aren’t beasts, at all, and are actually known as “gentle giants.” In fact, the Clydesdales will be hanging out at Mohegan Sun at Pocono Downs in Wilkes-Barre tonight eagerly awaiting a picture with you, all for a good cause.

The Express Clydesdales will be on the racetrack tonight from 4 p.m.-6 p.m. and then marching in the Scranton St. Patrick Parade tomorrow. Proceeds from tonight’s event will go to local Children’s Miracle Network Hospitals affiliate Janet Weis at Geisinger Medical Center in Danville.

The Clydesdales are ambassadors for Express Employment Professionals, a franchise of 720 offices nationwide and in Canada and South Africa that provides expertise in evaluation hire, temporary staffing, professional search, and human resources for a wide variety of industries. The Scranton office is owned by Amy Clegg, a woman who took a chance last year when she filled out an application to bring the Clydesdales to the area.

“Any Express office can ask to have the Clydesdales visit their market,” she said. “They live in Oklahoma City, but travel 200 days a year to go to 50 locations to be ambassadors and help raise money for charities.”

To date, the Clydesdales have raised over $4 million for the Children’s Miracle Network.

Known for their rare coloring, Express Clydesdales were named world champions in the eight-horse hitch and the best cart at the World Clydesdale Show in Milwaukee, Wisconsin in 2012. They have participated in some of the country’s most recognized parades and promotional events, including the Macy’s Thanksgiving Day Parade, the Tournament of Roses Parade, the Fiesta Bowl Parade, Orange Bowl Parade, and Kentucky Derby, among others. The Clydesdales enjoyed a historic moment when they escorted Prince William and the Duchess of Cambridge in North America at the Calgary Stampede in 2011.

The organization was interested in coming to Scranton because, of all the parades they’ve done over the years, they’ve never heard of one that begins with a mass at a beautiful cathedral.
The team comes with photography equipment that is automated.

“We can process hundreds of people in a couple of hours; then they can go on the website and print out their pictures,” Clegg explained.

The pictures are free, though people are welcome to donate money to Janet Weis.

People can also contribute money by trying to obtain the many prizes that were generously donated by local companies, such as overnight stays at Great Wolf Lodge, Mohegan Sun, and Ramada Inn as well as four bikes that were donated by the Dickson City Walmart.

There will also be a raffle to take a ride in the stage coach around the track. The drawing will take place at 5:45 p.m., with winners taking their lap at 6.

Another special group will ride the stage coach during the parade – the honored Children’s Hospital family, Alex and Evan Stabinski of Scranton. The 9-year-old twins were born premature and had a very lengthy stay at the Janet Weis NICK D ward. They coded several times, but thanks to the persistence and expertise of a team and doctors and nurses, the boys were saved.

This is a special event for the boys, especially Alex.

“Alex loves horses,” Clegg said. “His mom said he loves them so much, after the parade she’s going to have a hard time separating him from the horses.”

All proceeds raised from photos with the Clydesdales and raffles will benefit Geisinger’s Janet Weis Children’s Hospital. 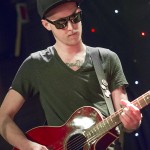 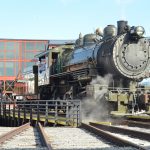