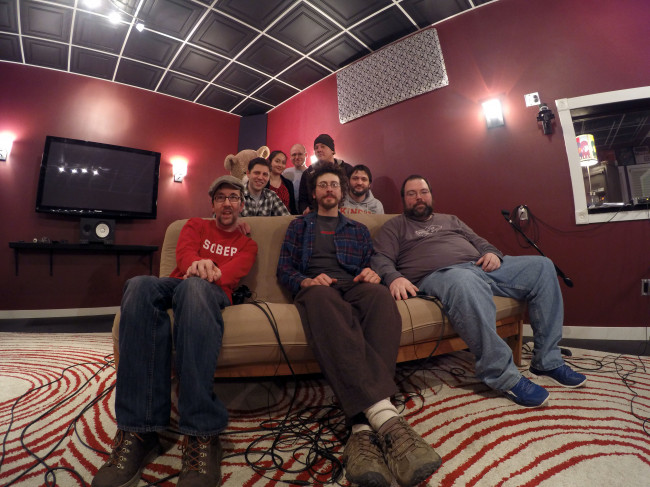 Scranton improv comedy group Here We Are In Spain makes Episode 16 one of our funniest shows yet. Five of the six members of the group join us – Brit Giblin, Don McGlynn, Rob Klubeck, Jonathan Maier, and Patrick Martin – to discuss different types of comedy and why they chose improvisation, how they are able to craft their humor on the spot, the friendships that came from working together, how they’re been received by NEPA audiences, acting in local shows and films, and their monthly shows at the AfA Gallery that have grown into a steady following. Football, Bill O’Reilly, penguins, the former pope, porn, and other random subjects end up in there somewhere, too. As always, the show is uncensored, but this one gets particularly raunchy, so it’s not for the easily offended!

In The Last Word segment, we hear from readers who attended our successful NEPA Scene Mid-Winter Showcase event last week and read some of the varying reactions we get whenever we post about Breaking Benjamin.

NEPA SCENE PODCAST: Episode 7 – 2014: A year of local arts and entertainment in review