Everyone got their first official taste of Esta Coda‘s upcoming EP, “Miles Away,” back in December when NEPA Scene premiered the opening track, “Rain,” and as it gets closer to release, the Scranton indie rockers have released a stripped-down acoustic cover of “Deer” by The Sidekicks, taken from that group’s latest album, “Runners in the Nerved World,” on Epitaph Records.

“Their new record is mind-blowing,” Esta Coda wrote on their Facebook page.

The video features singer/guitarist Dan Rosler on guitar and vocals and singer/guitarist Jay Preston on piano and backing vocals/harmonies. It was filmed at JL Studios in Olyphant, where Esta Coda recorded their first album, “Kindness,” as well as their latest. While no set release date for “Miles Away” has been announced yet, they’re planning for it to be out as early as next month, featuring all original songs by the quartet.

They recently released the track list and cover art for the album, created by Scranton artist and fellow musician Nick Ogonosky: 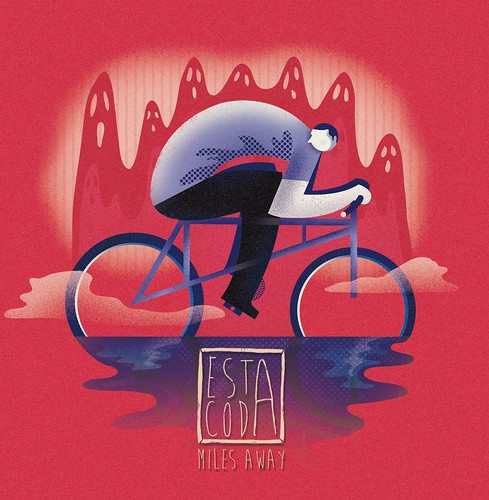 Rain
Someone Else
Laundry
Miles Away
Instead

For reference, here is the original album version of “Deer” by The Sidekicks, as well as a live version:

Listen to Rosler talk music and band life on Episode 12 of the NEPA Scene Podcast and stream/download his cover of Weezer’s “The World Has Turned and Left Me Here” here and an exclusive original song here. View photos from one of their recent shows here.