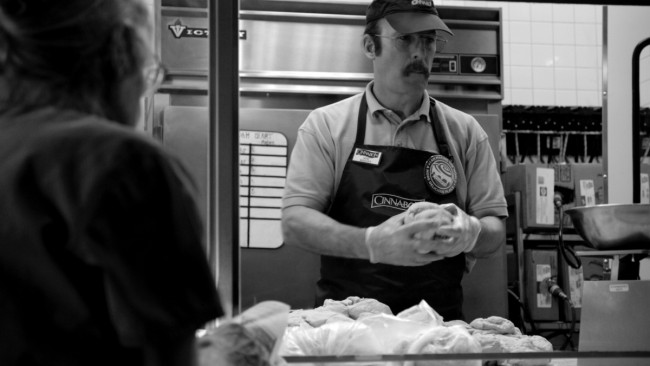 One of the most frustrating things in the world of nerdom is not getting in on something while it was still at the ground floor; I’m talking movies, book series, a comic run, or television program. This has happened to me from time to time over the years. One recent example is that I never got into “Breaking Bad.” I really tried, but I was so many seasons behind that it felt like a fruitless endeavor. Well, when I heard “Better Call Saul” was announced, I refused to let that happen again. I am too big a fan of Bob Odenkirk from his various works (specifically “Mr. Show”) to miss out on this. And, in this drive to not miss out on this series, I ran into something equally as frustrating.

I wasn’t able to catch the series premier on Feb. 8. I cannot remember what I was doing, but I missed it. Sometimes, it can’t be helped. Unfortunately, I also missed the encore presentation and the second episode the very next night. I know. I missed a prime opportunity, but I had good reason for not watching it that night – I was watching “WWE Raw” instead. Hey! Quit the scoffing and knock off the staring! I don’t judge you… openly.

Luckily, in a world of on-demand, Hulu, and online viewing, one can miss an episode or two of a show and still be able to catch up with that show at their leisure. Having an evening to myself, I did exactly that. I sat back, relaxed, and wielding my Comcast remote, I fired up the first episode of “Better Call Saul.” Then, it happened! No, I didn’t have any issues with Comcast. I just wasn’t expecting… the hunger. It was unbearable! “What hunger?” you must be asking yourself rhetorically. The hunger for Cinnabon!

Laugh if you will, but this isn’t anything to mock! The show began inside that Cinnabon in Omaha, Nebraska, and I clearly underestimated the power of imagery and the hold that particular treat had (still has) over me. After watching that two-minute sequence, I could’ve gone for a Cinnabon cinnamon roll. I pushed it back into the recesses of my mind for the time being; I had a program to concentrate on, after all. That focus didn’t last long, as it wasn’t even five minutes later that the idea of digging into one of those wondrous rolls of deliciousness came creeping back to the fore of my mind.

I plainly wasn’t going to be able to fight it; I needed to know where the closest Cinnabon was located. I could say this inquiry was for research or some other bullshit like that, but I’m not going to lie to you, dear reader. I needed a goddamn Cinnabon cinnamon roll, and I needed one as soon as possible! I remembered a Cinnabon Express located in The Mall at Steamtown in Scranton. There was a chance, albeit a slim one, that the ghost town that is the downtown Scranton shopping center hadn’t claimed it as a victim. It was ages since I had last stepped foot into Steamtown Mall, and besides Boscov’s, FYE, a soon-to-be-vacant Comcast store, and Hot Topic (let’s face it, I’m 31 years old, so I can’t step foot in there without being looked at as “that guy”), I have no idea what is inside that building. What I’m trying to say is there was still a chance it survived.

Alas… I was wrong. That, like so many other purveyors of goods in that mall, had closed its proverbial doors for good. The only place I knew that had a friggin’ Cinnabon was down 476 in the Allentown Service Plaza. If you are thinking that I wouldn’t travel down the turnpike just for a dessert treat, you are sadly mistaken. No, I didn’t actually make such a ridiculous trek, but, and I cannot stress this enough, the thought occurred to me.

Why the hell would a TV show do that!? It’s borderline evil! I know I am not the only one who felt this way. It probably happened to tens of thousands of viewers coast to coast. Why would it show such a holy staple of junk food and not have them readily available to everyone? It’s an outrage! Blasphemy, even!

More importantly, why is there something about that pastry that made me so damn ravenous? I’m not proud of my lack of willpower, but I understand it. Hell, I acknowledge it! Do I ever want a Cinnabon whenever I come upon one on a road trip? Absolutely not, but I damn sure need one!

Louis C.K., for one, knows what I’m talking about. In his special “Shameless,” he expressed his love and disdain for the scrumptious goodie. I agree with Louie; there are both ups and downs when it comes to having a Cinnabon, but the rewards absolutely outweigh the consequences. In “Beyond the Pale,” Jim Gaffigan talked about it, but he had a different take on Cinnabon. Sure, there are some downsides to Cinnabon. Does one need a nap after partaking in such an indulgence, as Mr. Gaffigan proclaimed? I personally don’t think so; however, I don’t know of a time when taking a nap could ever be viewed as a bad idea.

And yes, I do realize it isn’t “Better Call Saul’s” fault that the nearest source of a Cinnabon has been claimed by the shadow of commercial pestilence that is still sweeping through the Steamtown Mall. A product can’t be to blame for anything, nor is it the showrunners’ or producers’ fault, either. It is entirely Cinnabon’s fault! It’s their fault that they have produced an edible item that turns a switch on inside my hypothalamus that causes all rational thought to cease. Now that I think about it, I wonder if this is what zombies experience. Huh… food for thought. (Pardon the pun.)

In any event, I really don’t want to consider driving down to Allentown just for a freakin’ cinnamon roll because I may or may not have associated the show and Cinnabon together. Oh sure, I was finally drawn back into the show after I resigned myself to the fact that I was not going to get my hands on one of those mouthwatering cinnamon rolls. I thoroughly enjoyed the episode, by the way, and I can’t wait to see where the series goes, but that damn Cinnabon segment can go to hell!