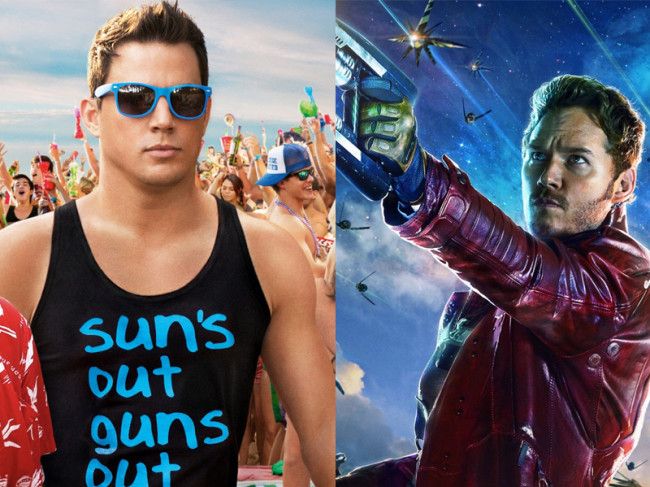 It has been a few months since the all-female “Ghostbusters” reboot was announced. There is a certain camp of people who have shit all over this announcement based on the “all-female” theme alone, but that initial shock has worn off. The pitchforks have been placed back in their toolsheds and torches have been extinguished… for the most part. Those people still may not support it, but they are resigned to the fact that it is being made nonetheless. I feel I need to state this here and now – I am not here to discuss that particular movie.

It is true that I reside in the camp that believes this reboot is a terrible idea, but not because of the casting. My friend Rich Howells has previously talked about that film in his Infinite Improbability column on this site so succinctly that I would only be repeating the ideas and opinions therein. Not because I haven’t an opinion of my own, mind you, but because we feel exactly the same on the matter.

Anyway, since that movie’s announcement, Dan Aykroyd has given his full support and blessing for it while still championing a true “Ghostbusters 3” sequel. That is… kind of weird, but not unforeseen. He has been fighting to get that movie made for years, though it has been in development hell for so long that I don’t even remember when those rumors actually began stirring. It has almost become an urban legend at this point.

The main reasons for its stagnation ranged from rejected scripts to Bill Murray’s refusal to be in it. Then with the passing of Harold Ramis, everyone figured that any chance of a “Ghostbusters 3” died with him, and it should have. Even with Aykroyd’s continued proclamations that his vision was still happening, I, and probably everyone else who has been following this ongoing story, believed it was just his personal wishful thinking yet again. That was when the unexpected happened. The Nerdist posted an article and video on the night of Monday, March 9:

I don’t know how it happened, and I’d rather not try and think on it too much, but somehow, Sony, Aykroyd, Ivan Reitman, the Russo Brothers, and Channing Tatum’s production company have come together to form a perfect storm that will create “Ghostbusters 3.” Actually, they haven’t officially put a number on it just yet. It is supposed to be an all-male action comedy Ghostbusters film that will be a continuation of the original franchise. I am – and I’m going to be straight with all of you – really conflicted about this news. It doesn’t entirely sound like bad news to me, but then certain details creep into my head and reservations arise.

You might be musing, “Why isn’t this bad news?” to yourselves. Simply put, they seem to be making some good moves right now. The Russo Brothers have received my stamp of approval ever since the Season 1 episode of “Community” called “Modern Warfare.” That episode alone showed they are capable of mixing action with comedy exceedingly well. “Captain America: The Winter Soldier” has proven to the general movie-going public that they can direct straight action, too. Plus, I cannot wait to see what they will do with “Captain America: Civil War” next year. As far as I’m concerned, “Ghostbusters 3” is on solid ground on the directorial front.

Though Tatum’s company is only producing the film, there are rumblings that Sony would like him to act in it as well. This would cause some hesitation if he wasn’t really good in “21 Jump Street” and its sequel. He may not have that many comedic roles under his belt, but he could make it work. I can totally see him playing a character like that bro, Zak Bagans, on “Ghost Adventures” on the Travel Channel. Then again, who knows? He could surprise everyone again. Then there are other whisperings that Chris Pratt is being sought-after as well. After his breakout role in “Guardians of the Galaxy” and his leading role in the upcoming “Jurassic World,” he is a new go-to for action and comedy. To me, however, he will always be Andy Dwyer from “Parks and Recreation.” What I guess I’m saying is the cast has the potential to be really good! There, however, is where confidence begins crumbling.

My chief worry and trepidation for the movie is in the script. Over the years, there were numerous reports that draft after draft of Aykroyd’s “Ghostbusters 3” script had been rejected repeatedly by studios and/or ripped up by Murray himself when he received them. The idea that Aykroyd could somehow get it together and write a grade-A script after all those attempts would be pretty fucking remarkable at this point. Couple that with the fact that his writing partner on the previous movies, Ramis, is no longer with us and there is a chance that the script could be even worse than expected. I’m not trying to imply that Aykroyd is not capable of writing a decent script, but, when you have always written a certain movie with a collaborator and that person is not there to contribute anymore, it creates a vacuum. The remaining writer needs to now do twice the amount of work to create a good product. This just might be too much pressure for Aykroyd to handle. If the script fails, then none of their good decisions up to that point would matter.

Also, why the hell does it have to be an “all-male” cast? Just because there may be a superfluous reboot being made with an all-female cast does not mean they have to go in the exact polar opposite direction with this film. You could absolutely cast a female in an Egon or Ray-like role and no one would bat an eye. It’s 2015 for fuck’s sake! Shouldn’t this male/female division be gone by now?

By the way, you aren’t blameless in this either, “Ghostbusters” reboot! You technically started this. You had to make such a goddamn stink about being all-female before a single role was cast. Maybe you could’ve played that a little closer to your friggin’ vest until a role or two were filled and then you could have coyly stated, “Hey, let’s make this entire flick all-female!” You know; be a little sly about it, but no! You had to drop the gender gauntlet down, first and foremost. God forbid your reboot be mixed gender!

But whatever… the fact remains that both of these movies are at fault in this case. I, for one, believe continuing the franchise, the old generation of Busters passing their duties down to a new generation, makes a hell of a lot more sense than a full-blown reboot does – regardless of the gender of the cast. It’s just bullshit that both of these movies have to have this gender-specific gimmick tied onto them.

I truly believe that this is not even a discussion on feminism vs. misogyny, and it should not be looked at as such. This has more to do with Hollywood trying to hit that “nostalgia button” we all have rooted in our brains. There is nothing wrong with nostalgia. Unfortunately, Hollywood loves to exploit the fuck out of it as much as possible! Both of these movies will undoubtedly make Sony and Columbia money, but why can’t Hollywood leave well enough alone when it comes to shit like this? There are so many damn reboots coming out, slated to come out, or have already come out that it’s absolutely absurd! Worse yet, the majority of these reboots pale in comparison to the originals anyway, yet they continue to be made because Hollywood knows the nostalgia factor alone will make them money.

There are also fewer originals ideas anymore, and fewer chances taken on movies, because of the bottom line – money. Maybe if more risks were taken on scripts and new ideas in the first place, Hollywood wouldn’t have to use (or reboot) old franchises, like “Ghostbusters,” to try and make a quick buck.