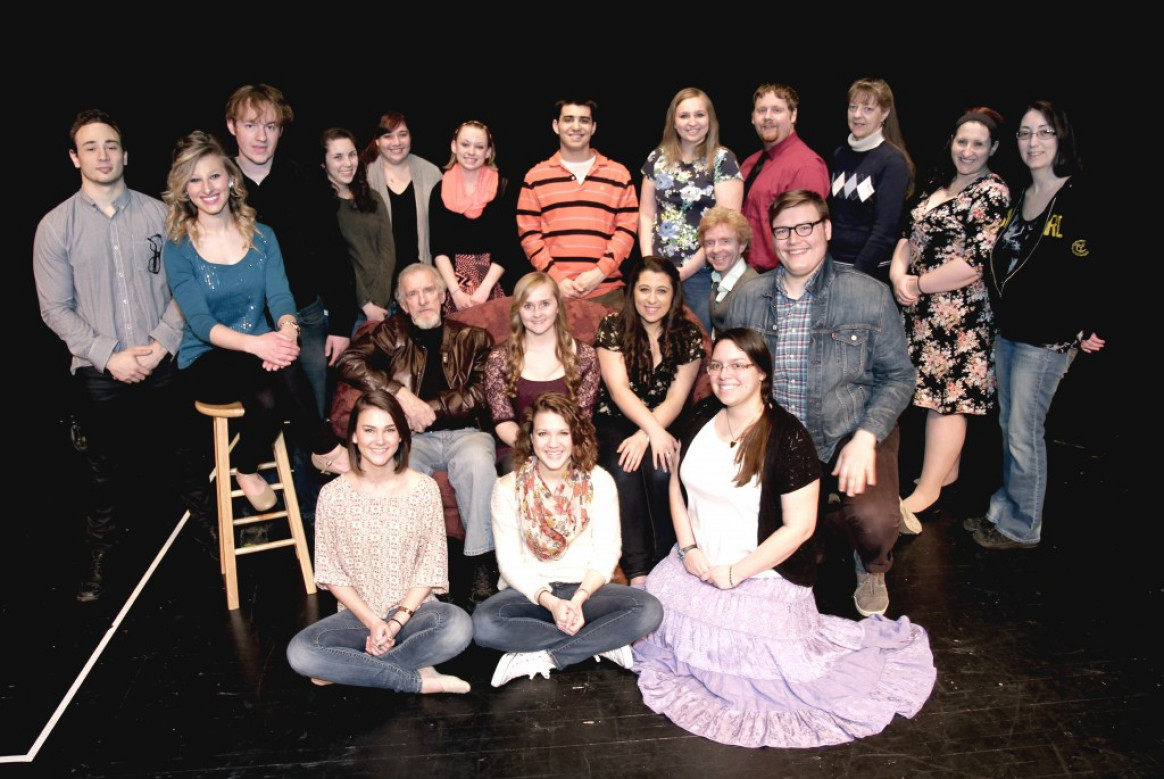 Before Katniss Everdeen, Hermione Granger, Buffy Summers and, hell, even Wonder Woman, there was a group of fictional girls that embodied female empowerment, and one in particular who could give today’s leading ladies a run for their money – and they were created in the mind of Louisa May Alcott nearly 150 years ago.

This quartet is the March sisters, of “Little Women” fame, with eldest Josephine (fondly known as Jo) being the pillar of strength for them all, a family growing up in Civil War America.

“Little Women” has been adapted from novel form into various movies and also took a run on the Broadway stage in 2005 for 137 performances. This weekend, “Little Women: The Broadway Musical” will come to Misericordia University, a coming-of-age tale set to music.

If the book was ever bestowed upon you via summer reading list, you’re fully aware that it’s a large tome, actually broken up into two parts. The stage show is a bit pared down.

“There are a lot of pieces in the original novel that are not included, or the musical would be days long,” said director Scott Woolnough. “It’s really told from Jo’s perspective and set up as a sort of cliff notes, a series of vignettes that hit upon the significant events in Jo’s life that make her the confident woman she is at the end of the story.”

Jo, portrayed by Lauren Hayden, is a willful young woman, a writer and tomboy who struggles to reign in her strong personality as she grows up. 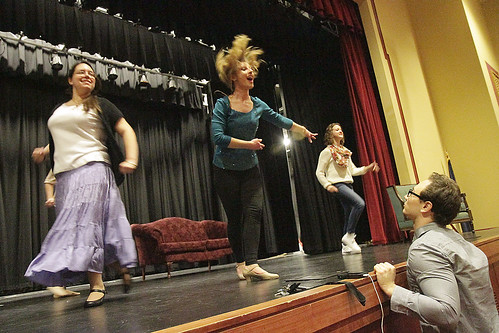 “I read ‘Little Women’ in seventh grade and do remember being really inspired by Jo, so getting to play her is wonderful for me,” Hayden said. She also finds she’s similar to Jo in many ways.

“I have two sisters myself, and a little sister who is 10 and reminds me of Jo’s relationship with Beth. I know Beth looked up to Jo in the way my little sister looks up to me. Jo was such a role model to her family, and I want to be the same for those around me. She’s a very strong woman, and playing her has inspired me to be stronger myself.”

She is also a product of the other strong women that surround her: her sisters and Marmee, the name the girls affectionately give their mother. Woolnough said he had no problem filling such iconic shoes for all the women; Alcott wrote each with very distinct personalities, and it was just up to him to pair the actresses right.

“Lauren is so dynamic on stage, and her vocal range is so amazing,” he said. “She was a shoe-in for Jo. She’s brought so much vitality to that character, and so much strength.”

Eldest sister Meg is played by Kelsey Gillette. Meg is referred to as the beauty of the group, the one who is closest to being the perfect “little woman” and is always encouraging her sisters to strive for the same.

“Meg is the de facto matriarch when Marmee’s not home,” Woolnough said. “Kelsey is filling that role beautifully.”

Beth, second youngest, is the shy, warm, and gentle peacekeeper of the group, the most beloved and loving, played by Meghan DiGerolamo.

“Megan is so sweet,” Woolnough said. “All she has to do is stand there and you see the love pouring from her towards her sisters. It’s almost tangible.”

Rounding out the group is youngest March sister Amy, an artistic type who often behaves in vain ways during her youth. 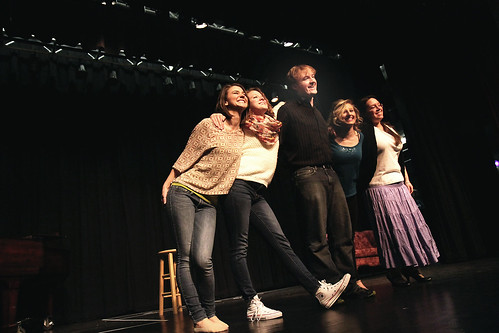 “Jess [Pachuski] is a perfect fit,” Woolnough said of the actresses playing Amy. “The fact that she’s a freshmen, younger than the other girls, makes a nice dynamic for the sisters.”

The music of “Little Women” reflects the ups and downs of the story, rife with what Woolnough calls a significant amount of love songs – though maybe not the kind you’d think.

“There are plenty of different relationships,” he said. “It doesn’t necessarily have to be romantic. There are also friendships and the relationship between sisters. That being said, there are also quite a few lively numbers in the show as well.”

It’s also not just about the ladies, as actors Jacob Schweiger and Matt Boffa portray Laurie and Professor Bhaer, respectively, both big parts of Jo’s life.

The strength of the story comes in the variety of characters, a group that guarantees a little something for everyone.

“I have to admit, as an adolescent male, when I was first introduced to the story I could not, as Jo would say, give two figs about it, just because I couldn’t relate to it,” Woolnough said, “but looking back as an older individual, you see that everybody goes through those rites of passage that Jo goes through, the moments they can look and say, ‘Here I was a child, but then this happened and I became an adult.’ That’s what this whole journey of Jo is to me.”

It’s also quite a bit about female empowerment.

“Hollywood and the media are under so much pressure and so much gunfire right now about creating good, strong leading women characters to be role models for our young women growing up, and it’s difficult. But here is Jo, the epitome of the female role model, and she was created so, so long ago.”