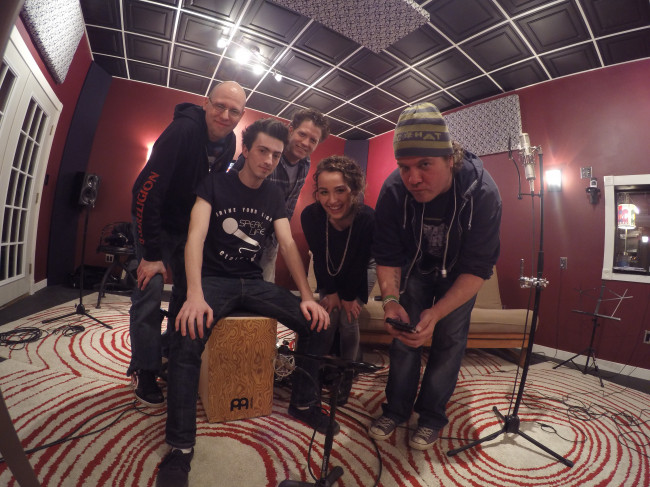 Kaylin Karr and Nathan Montella of Scranton indie acoustic pop duo Skip Monday are only 20 years old, but they know what they want and they’re willing to work as hard as they can to get it. In Episode 20, they discuss how they instantly clicked as friends and musicians and developed beautiful, catchy songs that, in just a few short months, have kept them booked every week. Karr recalls how she moved across the country and spent several years in Alaska before returning to Northeastern Pennsylvania to pursue music with Montella, while he explains how he transitioned from drumming in punk bands to playing the cajón, commonly known as a box drum, in Skip Monday. They tell funny stories about meeting Sarah Palin and planning a last-minute photo shoot, and they also touch on receiving sponsorships and plans to expand into a full electric band.

While Skip Monday was in the studio, we asked them to play a few acoustic songs exclusively for us. Watch videos of and stream/download the three tracks for free here.

In The Last Word segment, we jump into the ongoing media debate about actor Paul Sorvino and “The Trouble with Cali,” the independent film he made using Lackawanna County taxpayer funds that may never be released. Sorvino recently blamed the media’s bad reviews and publicity for its distribution issues, stirring up even more controversy, so we offer our opinions and a few solutions to the mess.