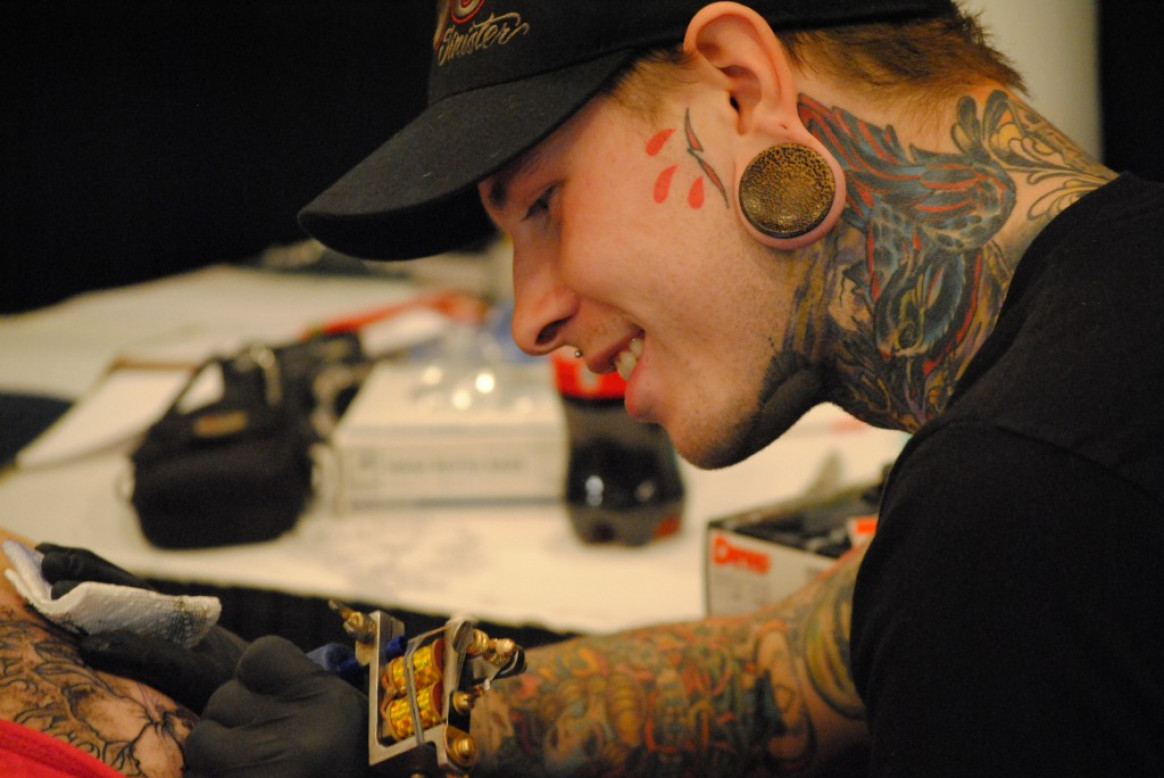 We’ve made that decision much easier for you by listing the Top 6 reasons you and your friends (or family, as it is open to all ages) should be there April 17-19, particularly if you’re in the market for new ink or simply appreciate the craft. You can thank us after the weekend is over.

(Those who need no convincing and can’t wait for the convention can see “Dizzy with a Dame,” an art exhibit of recent works by Lyndsey Hughes, all month long at the Electric City Tattoo Gallery (620 Spruce St., Scranton). The opening reception is tonight from 6 p.m.-9 p.m. as part of the First Friday Scranton art walk.)

First Friday Scranton is always a good time, but not all artwork was meant to hang on a wall. Tattoo artists aren’t usually grouped with painters or illustrators, but they should be considering the amount of effort, skill, and detail that is present in the ancient art of tattooing – and working with skin often isn’t easy. It is a beautiful canvas, however, and you’ll never see more walking, talking artwork in one place than at a tattoo convention. It’s usually not polite to stare, but in this case, it’s encouraged.

2. You have the opportunity to get tattooed by artists from all over the country – and the world – without having to travel or search around.

There’s no denying that there a lot of amazing tattoo artists right here in Northeastern Pennsylvania – including the guys at the Electric City Tattoo Gallery – but it’s important to broaden your horizons and see what else is out there sometimes. Out of the over 140 artists scheduled to attend, many of them are from out of state, and one is even coming all the way from Japan, so expect new perspectives, styles, and influences – and opportunities that don’t come along every day. Instead of walking into unfamiliar territory and hoping for the best, the convention has conveniently gathered the shops all together, and they wouldn’t have been booked unless their work stood up with the rest. View the full list of artists with links to their websites here. 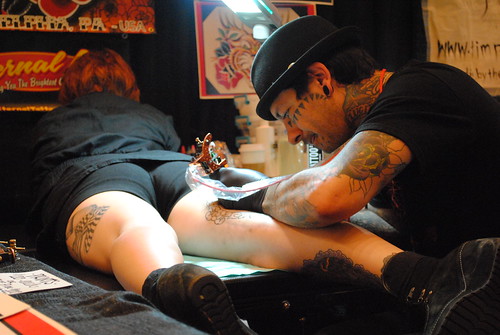 3. There’s a burlesque show performed by the Whiskey Kitten Cabaret.

How often do you get to see a burlesque show in Scranton? Typically, you may have to go New York or Philadelphia for something like that, but the Whiskey Kitten Cabaret is coming up from the City of Brotherly Love and bringing something totally new to this year’s convention. The ladies are in an ‘80s cartoon-inspired burlesque show in Delaware next week, so who knows what kind of awesome performance they’ll have in store for Scranton on Saturday? This isn’t happening until 9 p.m., by the way, so parents attending with their kids won’t have to worry about them seeing anything too risqué in the middle of the day.

4. The hula hoop and pie eating contests are back, and there’s live music all three days of the convention.

Sticking with that theme of old school entertainment, the annual hula hoop and pie eating contests will be held earlier on Saturday, so if you’re itching for the weather to warm up for the county fair, this may make the wait seem a little bit shorter.

If that isn’t enough entertainment for you, there’s acoustic music by Tom Graham (recently featured on the NEPA Scene Podcast), Mackenzie Janneh, Mike Rebel, and Mike Moak from New York hardcore punk band After the Fall. A full schedule of events is posted on electriccitytattooconvention.com.

5. You could win an award just for having or creating cool ink… or awesomely bad ink.

Each day of the convention, there’s a contest for Tattoo of the Day, and on Saturday, you can enter your ink to win Best Asian Art Influenced Tattoo, Best Sleeve (color or black and gray), Best Back Piece (color or black and gray), Best Traditionally Influenced Tattoo, and Best Realism Within a Tattoo. On Sunday, you could win Best of Show or even Best Worst Tattoo – it still has to be well-done, but it may be humorous or strange. Each winning Tattoo of the Day artist receives a tattoo machine from Keith B Machineworks. 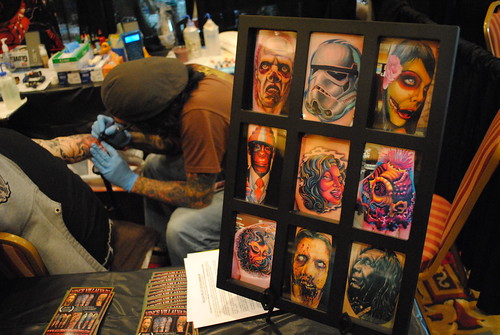 6. You can experience exactly what tattoo culture is all about for yourself.

There are plenty of books, movies, and even reality TV shows about tattoos and tattoo culture, but unless you’re a tattoo artist working in a shop all day, there really is no better way to understand why this art form brings people together than attending something like the Electric City Tattoo Convention. The atmosphere of buzzing needles and colorful ink sets the tone, but there’s so much more to it than that.

It extends to the after-parties at Backyard Ale House and The Bog, carrying that fun and inviting atmosphere just a few blocks down the street and into the wee hours of the morning. Vendors like Three Guys and a Beer’d Brewing Company (who are debuting a new tattoo-inspired beer at the con), Loyalty Barber Shop & Shave Parlor, and Revival Letterpress aren’t there just to sell or advertise something – they’re present because there’s a shared appreciation for all their businesses, which are also art forms in and of themselves. A vintage, handcrafted vibe runs through it all, recalling simpler times from a modern perspective.

Some of the crowd will be made up of old friends who will be catching up after not seeing each other all year long, while others will be tattoo shop regulars enjoying this annual expansion of the passion. Everyone is there because they love and appreciate the friendliness and comradery that binds tattoo culture together, and anyone is welcome – especially if you’re sporting some ink of your own. There’s no better conversation starter at an event like this.

See a full schedule of events at electriccitytattooconvention.com.