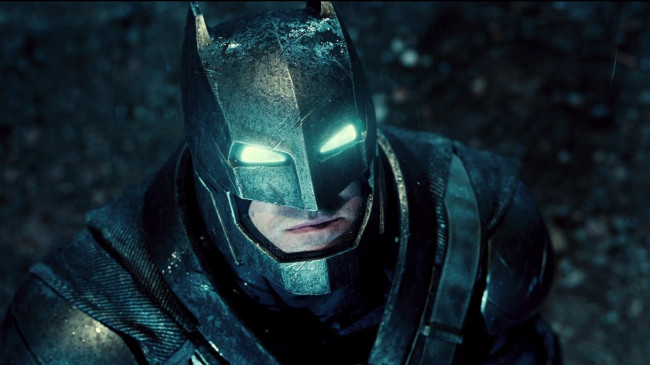 Superheroes have been leaping off the pages of comic books and into other forms of media for the past 75 years. There have been various television serials and series, numerous Saturday morning cartoons, and countless movies showcasing the exploits of these bastions of justice. In 1978, we received the first full-length feature film of Superman. Regardless of how it has held up since then, at the time, “Superman” was a huge success. By today’s standards, it is a tad campy, but the portrayal of Superman was true to the feel of the comics. Superman is, and always will be, DC Comics’ golden boy, and because of that, there have been numerous efforts to bring him back into the spotlight and onto the marque of theaters across the globe.

2005 saw the first installment in Christopher Nolan’s “Dark Knight” trilogy, “Batman Begins.” Nolan told the tale of a Batman that was “more realistic.” With this new, darker take on the character, “Batman Begins,” along with its two sequels, saw immense success for both Nolan and DC. Using the formula of Dark x Gritty = Cha-Ching!, DC elected to present a new take on Superman in 2013. In “Man of Steel,” director Zack Snyder gave us a Superman origin story that was about as grim as one could get.

During his formative years, Clark was scolded countless times to not be a hero. He was even stopped from saving his father from an oncoming tornado by his own father! That’s right – Pa Kent refused to be saved out of principle. If that isn’t conviction, I don’t know what is. Anyway, after that, Clark sets off on a journey of self-discovery and to find his role in the world.

Long story short – buckle up for some major two-year-old spoilers here, faithful readers – Clark discovers his heritage, dons the costume, Zod and other exiled Kryptonians invade, and “S” stands for “hope.” Messianic symbolism here, here, and here. Fight, fight, fight, and a small town Sears gets destroyed (great part). More messianic symbolism (just in case you missed it the first time). Terraforming, smash, boom, smash, rubble, rubble. Battle in the skies over Metropolis, on the streets of Metropolis, and through the buildings of Metropolis. Zod’s neck goes “SNAP!” and Metropolis is in ruins with countless civilian casualties. Phew! *wipes sweat from brow*

Some enjoyed the movie. I did not. I liked it more when Clark was finding himself than I did after he put the suit and cape on. The fact is, I haven’t witnessed that much angst during a Fall Out Boy or Death Cab for Cutie concert (which I would never attend anyway, but you get the point).

In any event, a sequel was announced for 2016, titled “Batman v Superman: Dawn of Justice.” Now, I am not going to comment on the casting of Ben Affleck as Bruce Wayne/Batman. I am not going to discuss how DC is trying to shoehorn and rush a Justice League movie/franchise out of this film. However, I will discuss the two-minute teaser trailer that was released last week. DC is going full-bore on this “darker” philosophy for these films. They say they want them rooted in a real world setting, but the question I present is this: does the world want that kind of superhero movie?

The first thing I took away from this trailer is how grim and grave the DC world has become after the fallout of “Man of Steel.” The voiceovers are nothing if but contemptuous. This is entirely logical, since hundreds of thousands of people had to have been killed or injured at the end of that movie. The second thing I noticed is the continued use of heavy-handed messiah symbolism! I mean, shit, you cannot get any more blatant than the SWAT officers/solders kneeling at Supe’s very presence, the outstretched hands towards him (à la lepers towards Christ), the halo effect surrounding his head, or “False God” spray painted across the chest of a giant statue of Superman.

This trailer elicited zero emotion from me. Not even the presence of Batman sporting the iconic armor from Frank Miller’s “Dark Knight Returns” could bring forth a single iota of interest. I feel completely ambivalent towards its mere existence. It just feels so goddamn depressing to me! Where is the sense of fun, DC? Where the hell is the adventure!? Do you honestly think being this grim and dark just for the sake of being gritty is actually going to benefit your product? If grit was a seasoning, you just ruined your friggin’ meal!

For Christ’s sake, even “Watchmen,” another Zack Snyder movie taken from one of the most depressing and graphic comic books of the ‘80s, was more of a feel-good movie than what “Man of Steel” was or what “BvS:DoJ” appears to be! I mean you have one hero attempting to rape a heroine, coldblooded murder(s), gang violence, graphic sex, graphic fight scenes, and even MORE graphic death scenes, and you walk out of “Watchmen” feeling uplifted or, at the very least, pumped from the action! And talk about messiah depictions… you have Dr. Manhattan, who has quite literally transcended to godhood, and yet that was more subtle than what Snyder did with his Superman forays.

Marvel seems to understand that these are stories about characters wearing tights and fighting bad guys. They don’t need to be existential crises or commentaries on humanity verses godhood and/or the fucking Übermensch! Unfortunately, DC doesn’t appear to have gotten that memo. I’m not saying that they revert back to Joel Schumacher-esque movies, which were a caricature of a parody draped in dayglow and neon. There is a happy medium between the two, and Marvel has found that sweet spot. You don’t need to look much further than Marvel’s new “Daredevil” series on Netflix for an example.

I was expecting something along the lines of PG-13 content when I watched the first episode of “Daredevil.” Boy was I wrong! It is a nigh-R rated show from start to finish. It’s dark, it’s gritty, but it is amazing! Through the dirt, grime, and dried blood covering Daredevil’s boots and knuckles, there is a warmth and heart to the story and characters. This has also been accomplished with a fraction of the budget that “BvS” had, so what’s your excuse, DC?

When you get right down to it, maybe Marvel’s products simply have more heart and soul than what DC is putting out. They get that these characters aren’t supposed to be in a “real world” scenario, yet their characters are infinitely more relatable than any of DC’s heroes. More so, you could strip away all the CGI and special effects and still have a wonderful and entertaining story to tell. “Daredevil” proves that it doesn’t need all those trappings to be excellent. You can have a show (or a character) be dark without feeling like you need to take a Zoloft right after watching.

I don’t have a solution for DC. They feel the direction they are taking is the correct one for their movies. It sure as hell isn’t for me, though. What’s worse is I don’t want to end this article by saying something along the lines of “Make mine Marvel” either, but – for fuck’s sake, DC – you are making it really difficult for me not to say that!

Even this rant ends on a brighter note than “Man of Steel.” Lighten up, DC.