I was watching an episode of “Band of Brothers” in which the brave soldiers of Easy Company were storming a town in Normandy. While they were scrambling for cover from Nazi machine gunfire, they ran past an upright piano that happened to be sitting in the middle of the street. No one was playing it, no one was lying dead beside it, and it appeared to be undamaged. Had it just been abandoned by some French pianist during a desperate attempt to escape with it? It really bugged me. What the hell was that piano doing in the middle of the street? Then I realized that such peculiar piano placement should neither bewilder nor amaze me, for I have personally seen equivalent ridiculousness within many estates.

Upright pianos are so named because the sound boards within them are arranged vertically rather than horizontally so that they take up less space. Uprights are typically 48 inches tall or more, and if they contain a self-playing mechanism, can weigh up to 1,000 pounds. Their mass, however, is inversely proportional to their value. Most upright pianos bring less than $100 at auction. That fact, along with the extreme difficulty of moving them, causes me to leave them behind when removing items from an estate, and my unwillingness to move them is often justified by where they are typically stored in a house.

I discover most upright pianos in attics or basements, and when I find these half-ton hulks in a basement or an attic, my first question always is, “What silly asses carried this thing up/down here?” Did some wife convince some husband to remove “that damn piano” from her living room? Did said husband then gather his buddies on some Saturday afternoon and likewise convince them to join in an absurd act of masochism?

Now I never say never, but I can’t think of anything that my wife could possibly say to me or do for me that would inspire me to move an upright piano up into an attic or down into a basement. I rather enjoy my guts and their current placement and see no advantage to having them implode in a chain reaction of herniated discs. But that’s me.

So maybe the upright piano that Easy Company ran past while dodging German bullets was pushed into the street by a French housewife who no longer wanted it in her living room, but who had a husband that was smart enough not to move it into his attic or basement. If that was the case, then I completely understand what that piano was doing in the middle of World War II. 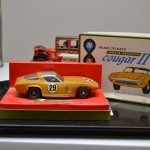