SLP Concerts has announced two performances by two amazing artists. One show features blues sensation Gary Clark Jr. on July 2, and the other features Jason Isbell, formerly of the Drive-By Truckers, on July 28 at the Sherman Theater in Stroudsburg. Doors for both shows open at 7 p.m., and the concerts begin at 8 p.m.

Gary Clark Jr. is an American guitarist and actor based in Austin, Texas. Clark shared the stage with various legends of rock and roll and has stated that he is “influenced by blues, jazz, soul and country, as well as hip-hop.” Clark’s musical trademarks are his distorted guitar sound and smooth vocal style.

To sum up Clark is more challenging every day. He’s a musical universe unto himself, expanding at a nearly immeasurable rate, ever more hard to define – as a mind-blowing guitarist, a dazzling songwriter, and engagingly soulful singer. With his debut album “Blak And Blu,” he has become the first artist ever recognized by the Recording Academy with Grammy Award nominations in both the rock and R&B categories for the same album in the same year.

Jason Isbell is an American singer/songwriter and guitarist from Green Hill, Alabama, in Lauderdale County. He is best known for his solo career and as a former member of the Drive-By Truckers for six years.

It has been a dozen years since he showed up at a party and left in the Drive-By Truckers’ van with two travel days to learn their songs – and then taught them some of his songs in the bargain. Isbell’s solo career has seemed equally effortless, from “Sirens of the Ditch” (2007) to “Jason Isbell and The 400 Unit” (2009), through “Here We Rest” (2011) and “Live From Alabama” (2012) – songs which inspire and intimidate other musicians and critics. 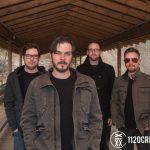