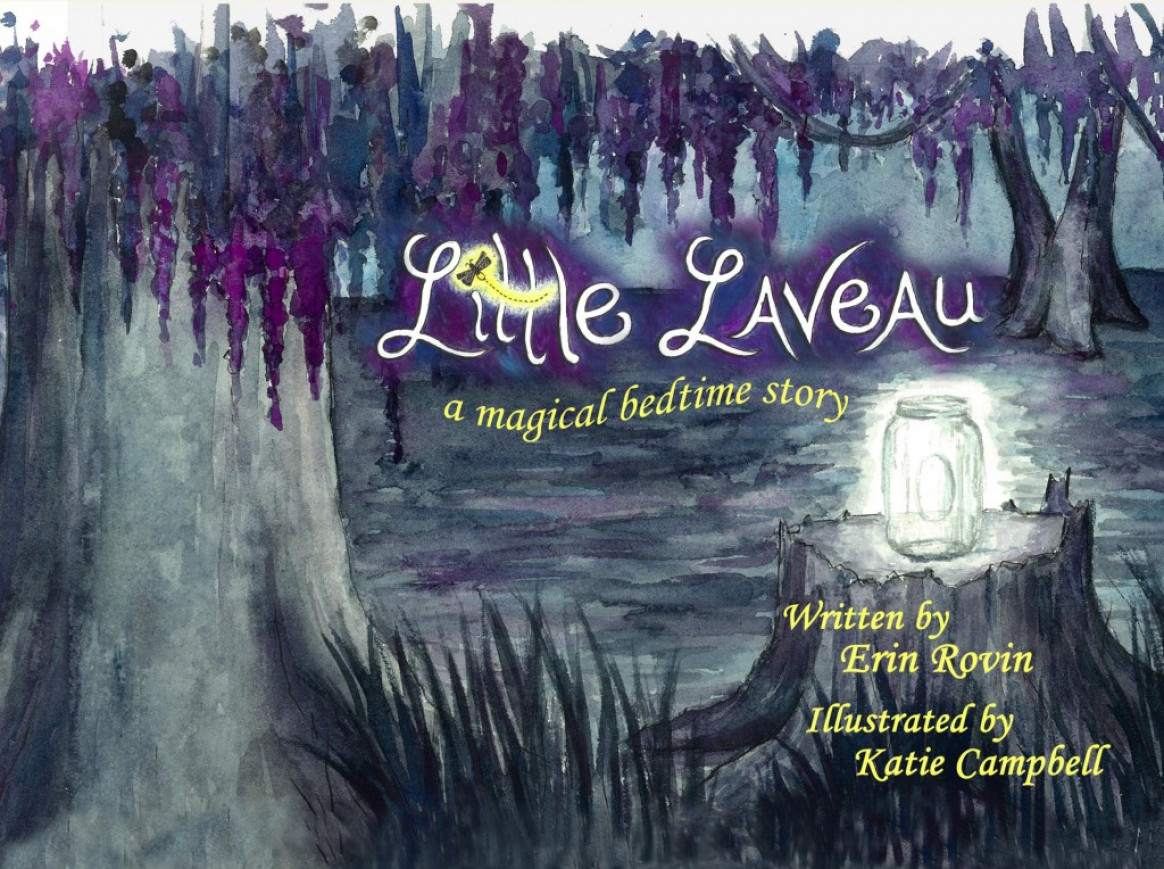 Walking into Erin Rovin’s Scranton home, New Orleans can be seen everywhere, from little trinkets spread throughout to colorful art adorning the walls.

Though she’s from the Electric City, a little piece of her has remained in NOLA since her honeymoon. As a writer, she began with celebrity gossip and moved into writing about New Orleans for Examiner.com.

“I always had a love for New Orleans, starting with the music. And then we went there on our honeymoon, just kind of sight unseen, and I really fell for it. That’s when I started reaching out to people to interview them just to learn more about the city and the people, even though I couldn’t get there all the time. The closest I could get was writing about it,” Rovin told NEPA Scene in an exclusive interview.

She produced two to three articles a week about New Orleans culture and events, conducting over 50 interviews from afar and covering major happenings like the New Orleans Jazz and Heritage Festival in person. Every aspect of the city and its inimitable culture captivated her, but a cemetery tour gave her a whole new appreciation for one of its greatest figures, Marie Laveau, that seems to grow deeper every day.

“It was sort of like a veil was lifted. I had goosebumps when [the guide] was talking about her, and it just felt very personal. It was very weird. Right after that cemetery tour, I just quickly became obsessed with it, so for the rest of my stay there, I was really into that story, and then when I got home, I just devoured everything I could. For the past five years, I still am, just reading everything I can get my hands on and researching,” she enthused.

“My understanding of her grew from the character of her into a very real, very relatable, very human concept. It didn’t feel like this weird, bigger than life thing; she actually felt like someone who would be canonized a saint today – very inspirational, very strong, definitely a trailblazer for the time, and not given the credit that she deserves.”

When her daughter, Story, was born, she and her husband Sam chose Laveau as her middle name, which may seem unusual to those who view Laveau as an evil Voodoo queen, but after years of research, Rovin discovered a much more remarkable woman – both a devout Catholic and a Voodoo priestess, she was a brave rabble-rouser, a civil rights activist, a friend of the poor, and a misunderstood icon, both in her own time and today.

Rovin, 34, would often refer to her daughter as “Little Laveau,” which her husband, also a writer, suggested as a cute concept for kids. The “Little Laveau” children’s book series was born.

“I wanted to do something to honor her and maybe introduce kids to her in a way that’s different from what they’re seeing and hearing.”

Most recently, Angela Bassett played Laveau in the FX television series “American Horror Story: Coven” as a vengeful witch using magic for murder, so pop culture obviously has a lot of catching up to do in its portrayal of this important woman. While the first “Little Laveau” book may not be historically accurate, it does, at the very least, show a much friendlier side of her character that can turn nightmares into enchanting dreams.

The burgeoning world of Little Laveau

First published independently in March, “Little Laveau: A Magical Bedtime Story” introduces readers to this fictional children’s version of Marie Laveau, who is around 7 years old and raised by her wise, mystical grandmother. Joined by her sidekick, a toothless pet alligator named Squeeker, this loose homage reads like Dora the Explorer meets myth and magic, presenting her love of animals and passion for helping others in an endearing little 26-page tale.

“She goes to visit one of her friends who’s really depressed and sad and having anxiety over having bad dreams. He doesn’t want to go to sleep and something is bugging him, so she just says, ‘Hang on, I’ll be right back.’ She runs into her room and she collects her things, as Marie Laveau would collect, and she grabs a dream jar,” Rovin described.

“She goes back to her friend’s house and tells him, ‘When you have bad dreams, just put them into this jar, dump it into the river, the river goes into the streams and into the ocean, and then it washes up onto the shore. The sun warms it and bakes all the bad scary out of it, and that’s what the beautiful beach is made out of. All those beautiful grains of sand are just bad dreams that have been turned into something beautiful.’”

The book is often sold with its own dream jar, and Wilkes-Barre artist Katie Campbell helps bring the story to life with engrossing illustrations in a style that Rovin recognized right away as a perfect fit.

“We met and she showed me some of sketches, and then she drew something up quickly and it had that very whimsical vibe. She took very little direction. She really picked up very, very quickly what I wanted, and she did something cool where she would mix pencil, pen, watercolor, and colored pencil,” Rovin said of Campbell’s work.

“I would just giver her color themes and she would do it perfectly. When we go into a dream sequence, it goes into the blue and the purple. Whenever we’re in the present day, it’s the greens. She really got that very quickly.”

A map on several of the pages shows Laveau’s movements across this larger world outside of her home in the bayou, which will be expanded upon in future installments that Rovin has already begun writing. She was careful not to reveal a timeframe for these stories: only a place – New Orleans.

NOLA embraced the book with “open arms, no questions asked” when she brought it down there last month, selling 200 copies that are carried in specialty stores like NOLA Kids, Tubby & Coo’s Mid-City Book Shop, Pippen Lane, and Maple Street Book Shop. Leading Marie Laveau historian and author of “Voodoo Queen: The Spirited Lives of Marie Laveau” Martha C. Ward purchased copies for all her grandkids and provided a quote that appears at the beginning of the book:

“This book is a charming way to teach children about ordinary and practical magic, the wisdom of elders, and friendships with animals.”

Rovin will return in June to sell more, but for now, she’d like to find an audience back in Northeastern Pennsylvania. She’ll be participating in a signing and panel discussion with Campbell and other authors at Barnes & Noble in Wilkes-Barre today at 2 p.m., and she’ll be signing more copies at the Library Express in The Mall at Steamtown in Scranton on Saturday, May 23 at 2 p.m.

“Little Laveau” can also be purchased online at TheBookPatch or by contacting Rovin through Facebook, Twitter, or e-mail. While Scranton and Wilkes-Barre may not be as familiar with Laveau as New Orleans, they should find themselves just as fascinated by this great historical figure and forgotten role model – and the friendly little character she inspired.

“I hope that I will solve some nightmare problems for some little kids. I hope adults will keep their minds open. And I hope everyone will fall in love with New Orleans like I did and maybe give Marie Laveau a chance,” Rovin said.

“I am hoping it will make them read up on her a little bit if they have questions because it’s not hard to find information on her – accurate information. It’s just below the surface. There’s a whole world and awesome things that she’s done.”

“Little Laveau: A Magical Bedtime Story” can be purchased online at TheBookPatch or by contacting Rovin through Facebook, Twitter, or e-mail.