On Friday, May 15, the Scranton Cultural Center will be hosting “Shawn Klush: The Elvis Tribute Artist Spectacular.” Klush, a native of Northeastern Pennsylvania who has gone on to international fame, will be joined on the historic stage by Jake Rowley, who has most recently been seen as Young Elvis in the national touring company of “Million Dollar Quartet,” as well as Elvis’ very own Sweet Inspirations.

Tickets are $19-$36 and can be purchased at the Fidelity Bank Box Office at the Scranton Cultural Center (420 N. Washington Ave., Scranton) in person, by calling 570-344-1111, or via all applicable Ticketmaster outlets. Limited VIP tickets have already sold out. The show starts at 8 p.m.

In just a short time, Shawn Klush has emerged as the world’s top professional Elvis tribute artist. Born and raised in the small coal mining town of Pittston, his love for music led him to begin imitating his musical idol, Elvis Presley. He performed in the famous Poconos region, followed by a tour of Canada where he entered and won the $5,000 prize in the “Worldwide Elvis Competition” in Montreal. This caught the attention of the award-winning Las Vegas show “Legends in Concert” where, in 2004, he starred as Elvis in their Branson, Missouri production. He also alternated in their Las Vegas and Atlantic City show rooms. Each January, he stars in the “Elvis Birthday Tribute Tour,” an Elvis extravaganza with Elvis’ own musicians, singers, and friends, in major venues in multiple cities. 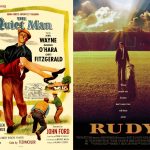