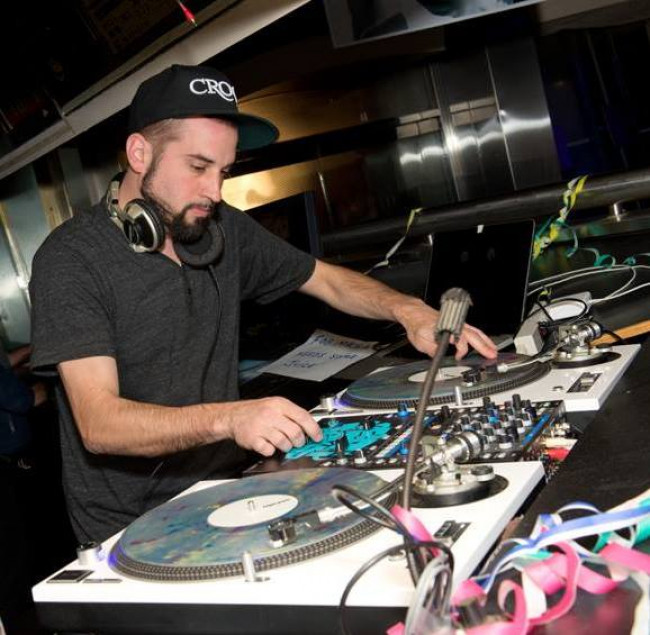 As a column, Strength & Focus primarily serves as a mind and body feature; however, we also like to cover events and people who are active in helping to make Northeastern Pennsylvania a more enriching and positive community.

This week, I had the chance to sit down with Frank Hershberger (DJ Hersh of the BeatTeks crew) to learn more about his upcoming event, the fifth annual Mustache Bash benefit show for The Kidney Cancer Association, which will be held at the River Grille (670 N. River St., Wilkes-Barre) on Thursday, May 21 from 5 p.m.-2 a.m.

Hershberger has been an NEPA DJ favorite since he came onto the scene during his early days at King’s College. Since then, he’s been a resident DJ at some of the hottest clubs, opened up for touring national acts, and served as a lead organizer for multiple benefit events.

In its fifth year, the Mustache Bash serves as the unofficial summer jump-off with great entertainment by talented local musicians.

NEPA SCENE: This year, the event benefits the Kidney Cancer Association. Does the Mustache Bash donate to the same charity each year?

FRANK HERSHBERGER: In previous years, the event had donated to Make Life Count. This year, the event has shifted hands from the previous organizers to the River Grille and myself directly. We decided to donate the proceeds to a local non-profit entity, which is The Renal Race. The Renal Race is a charity run held every St. Patrick’s Day in Wilkes-Barre the morning prior to the parade. The Renal Race then donates proceeds to the Kidney Cancer Association of America, and we will be doing the same with the money raised from the Mustache Bash.

NS: What was the reception from attendees over the last four years?

FH: Previous years’ events have been amazing. On average, I’d estimate between 600-800 people attend throughout the eight-hour event.

NS: The lineup looks great. What is the hype behind the event? Are people excited?

FH: The event serves as the annual unofficial start to the summer for most people; there is always a lot of excitement because the event is really a great time. There is a small donation cover charge, and there are always amazing music acts, which include Skip Monday, Moodswing, DJ King B, and myself, DJ Hersh.

NS: Have you been involved every year, and if so, why?

FH: I have been involved for the past three years as a DJ, and last year, I was tasked with coordinating the entertainment. I did the same this year, as well as designing the flyer and t-shirt graphics.

To answer the second half of your question, I felt it was more necessary than anything. Many of the past years’ organizers have moved away or were involved in other projects, so there needed to be more involvement. I had an opportunity to help more this year being the other large-scale music event (the MayDay Music Festival) I had previously helped to organize had taken a year off for reorganization.

NS: Do you hand out mustaches at the party, or do people have to bring their own?

FH: We encourage the men to grow their own, but there will be ample mustaches to hand out to everyone in attendance.

NS: Is there a dress code?

FH: There is always a dress code at the River Grille, which is casual but tasteful. Being the summer, we want everyone to be comfortable.

NS: What should people expect when they attend the fifth Mustache Bash?

FH: You should expect a huge crowd; lots of fun, food, and entertainment; and expect to see lots of your friends. This event is always a huge draw.

NS: Will there be a mustache judging contest or prizes for the best mustache?

FH: There is definitely a best mustache contest. We are putting together a great prize package right now for a winner and probably a runner-up, so fellas, let it grow!

NS: Do you have any closing words?

FH: I would just like to thank everyone involved with the event, including the River Grille staff and, of course, our sponsors: 570PhotoBooth, The Clothes Hangar, Studio M Designs, S&J Sound, Futuristic Innovative Graphics, The Renal Race, and BeatTeks.com. Also, I would like to encourage everyone and anyone to come to the event at the River Grille Thursday to help out a great cause and help raise money to help combat cancer. Thank you!

I extend my personal thanks to Frank Hershberger for taking the time to speak with me today about his upcoming charity event! Please attend the Mustache Bash 5 and show your support while raising money for a great cause. See the Facebook event page for more information. 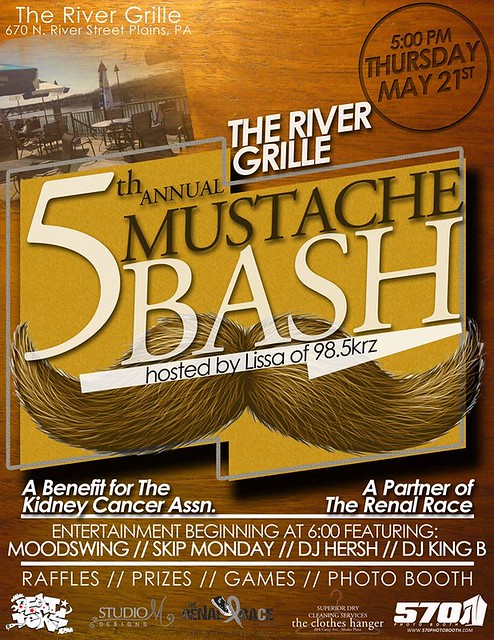 STRENGTH & FOCUS: I tried that… and it didn’t work!

STRENGTH & FOCUS: Gratitude is giving thanks more than once a year