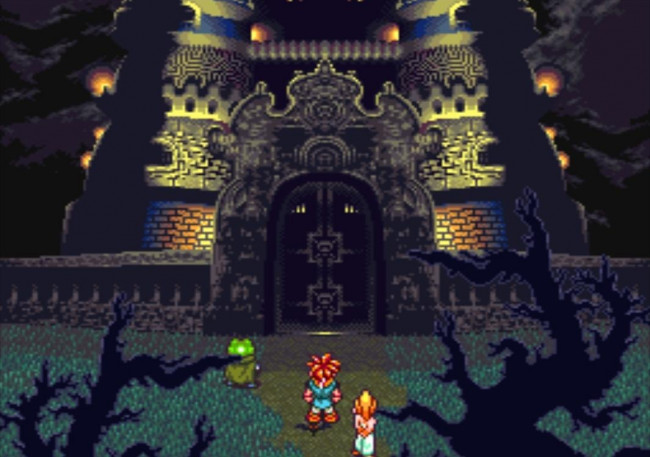 Last week here on Turn to Channel 3, we were discussing “EarthBound,” a classic RPG for the SNES, and in that review, I discussed how it was a game that changed the way people looked at the genre. It was a sudden jolt to it, a breath of fresh air, and I felt, as I sat down to write this week’s review, that it would be best to continue with that trend. As I stated last time, we will be looking at four of my all-time favorite games for Nick’s Faves Month, and today’s topic just so happens to be among the crown jewels of my own personal video game collection.

In the 1990s, it seemed the Super Nintendo and the folks at Squaresoft could do no wrong as far as RPGs go, and while it was pretty much expected and delivered that “Final Fantasy II” and “Final Fantasy III” would skyrocket to the forefront of the genre, a game would come along that would not only change the genre for the better, but also change what gamers could and should expect from an RPG. Today, we take a look at “Chrono Trigger” and its impact on the history of gaming. Let us journey through time with Chrono and company as they look to stop the destruction of the world by the vile Lavos!

It’s no secret that many of the best RPGs to ever be developed had some simply amazing soundtracks, and many of them came from the helm at Squaresoft. While some may argue that the music in the game “Secret of Mana” is better overall, for my money, I find that what your ears are treated to in “Chrono Trigger” is a lot more appealing and, without question, simply breathtaking. From the moment that pendulum swings at the title screen, when you hear that first note, you know you’re in for a journey you’ll never forget. The battle music early on, the victory music, along with tunes you encounter during different time periods, all connects to create one truly solid soundtrack.

The sound effects fit well with the music and help give the player a more detailed feel for what they are trying to accomplish. The sounds heard in battle are pretty spectacular in their own right and, overall, like all great RPGs, the sounds and musical score are uniquely their own and help separate this game from all the rest.

While the sprites in the game have that Japanese RPG (JRPG) style to them, all the characters you use are very diverse and very well done despite the lack of size not allowing most artists to be that detailed. The environments you encounter are amazing in scope and, along with the enemies you encounter, are also quite diverse and plentiful. Some are rather simple, while you encounter others as you go along that have much more detail and, of course, as the far as the bosses go, larger sizes. I can’t say that the graphics aren’t good in this game, because they are, especially in relation to the magic and tech skills used by characters, as most are quite colorful and full of life, but I think in comparison to the music and the story being told, they are secondary in importance to the developers, as well as those who are playing this game for the first time.

There are many aspects of “Chrono Trigger” that were so revolutionary in the genre back then that we pretty much take for granted or expect in today’s games. The menus are easy to navigate, there are weapons that actually look different in the hands of your characters, and the use of tech skills and magic is pretty easy to pull off. Most of all, the fact that every character set you use provides not only different results in battle, but also within the storyline itself. There are non-playable characters you encounter throughout time-traveling that change what they say to you. This also affects the many endings in the game.

“Chrono Trigger” has an engaging, compelling storyline with some of the most memorable characters in the genre, many of which have interesting and familiar dynamics just by engaging one another. Some of the boss fights are very difficult, but not in a way that deters you from wanting to play the game. The best RPGs of any generation are those with worlds you look forward to going back to from time to time, and “Chrono Trigger” is a perfect example of this.

“Chrono Trigger” was doing things in gaming that had never been done before, and that’s just one of the many reasons it is a highly sought-after game with price tags that are sure to include triple digits. At the same time, it is also pretty readily available digitally as well on the PlayStation Network, and it has been released on the Nintendo DS as well.

However you play the game, the bottom line is if you love classic RPGs, you owe it to yourself to play “Chrono Trigger” if you haven’t already. There are few classic games in the genre that do a solid job of combining great music, graphics, and a storyline that keeps you going from start to finish.

That does it for me this week, but be sure to join me next week as we continue on during Nick’s Faves Month with a look at what happens when Rockstar takes a formula we all know and love and puts a little twist on it.

Until then, stay cool, and remember to always game on!