Formerly, the series was held monthly at New Visions Studio & Gallery and The Vintage in Scranton.

Mischelle Anthony is Associate Professor of English at Wilkes University, specializing in poetry and 18th century literature. Her scholarly edition of an 1807 memoir, “Lucinda; or, The Mountain Mourner” is available from Syracuse University Press. She is founder and coordinator of Luzerne County’s Poetry in Transit program that places local writing and visual art on public buses. Foothills Press published Anthony’s own poetry collection, “[Line].” She has also published work in Calyx, Nimrod, Found Poetry Review, and Slush Pile and is currently at work on a second collection about living in and away from Oklahoma, titled “Barbed Wire.”

Barbara J. Taylor was born and raised in Scranton and teaches English in the Pocono Mountain School District. She has an MFA in creative writing from Wilkes University. She still resides in the Electric City, two blocks away from where she grew up. Her first novel, “Sing in the Morning, Cry at Night,” was named a “Top Summer Read for 2014” by Publishers Weekly. She is currently working on the sequel, “All Waiting Is Long,” due to be released in June/July 2016.

Macaulay Glynn earned a Bachelor’s of Communications Arts and Humanities from Keystone College, where she served as editor-in-chief of the literary magazine The Plume, and is a three-time recipient of the Edward M. Cameron IV American Academy of Poets prize. She is an associate editor for New York Quarterly and hopes to attend graduate school for English and Creative Writing. Her first chapbook of poetry, “Good Girl,” can be found in the trunk of her car.

Kaylie Jones is the author of the acclaimed memoir “Lies My Mother Never Told Me” (2009). Her novels include “A Soldier’s Daughter Never Cries,” which was released as a Merchant Ivory Film in 1998; “Celeste Ascending” (2001); and “Speak Now” (2004). She is the author of numerous book reviews and articles, which have appeared in the Los Angeles Times, The New York Times, the Paris Review, the Washington Post, Confrontation Magazine, and others. She is the editor of the anthology “Long Island Noir” (2012). Her latest novel, “The Anger Meridian,” will be published in July 2015.

Jones has been teaching for more than 25 years, including at Southampton College’s MFA Program in Writing and in the low residency MFA Program in Professional Writing at Wilkes University. She co-chairs the James Jones First Novel Fellowship, which awards $10,000 yearly to an unpublished first novel. Her latest endeavor is her imprint with Akashic Books, Kaylie Jones Books, a writer’s collective in which the authors play a fundamental part in their own publishing process.

Christian W. Thiede earned a MFA in Creative Writing from Goddard College in 2009 and is the primary host of Poetry Thursdays, the Almost Uptown Poetry Cartel’s weekly open mic in Harrisburg. He has performed in venues all across the country, including Boston; New York City; Baltimore; Philadelphia; Washington, D.C.; Harrisburg; Montpelier; Minneapolis; Madison; Boulder; Hilo; and Anchorage. His work can be found in the Pitkin Review, Aquila Review, Cerebral Catalyst, Zygote in My Coffee, Bent Pin Quarterly, Fledgling Rag, and numerous other publications and anthologies. He has authored books in both poetry – “Gazing Behind My Eyes,” “Random Poems Now With Homes,” “Confluenza,” and “Little Buffalo Rumblings” – and fiction – “Death and Deception Shake Hands” and “Holden Resurrected.” 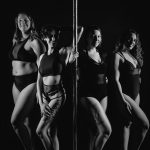