YEAH, YEAH, YEAH, ALI: Welcome (back) to Pennsylvania – moving home and starting over 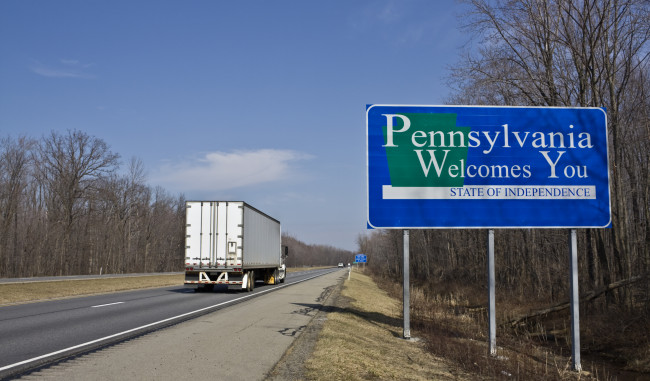 This oblique metal sign had welcomed me again, again, and again, but this time, I truly felt at home. I thought about what I left behind and what was to come. As I scaled up Appalachia, I reminisced about what brought me here: family, friends, mountains, lakes, and a broken heart. I thought about the past month and what I have accomplished; I finished my internship and graduated with my second master’s degree. I made new friends and gained valuable employment experience. Then, I realized I was living a lie until now.

I kept telling myself I couldn’t have the things I wanted. I let other people tell me who I was and let their opinions of me rule my life. I vowed to myself I wouldn’t care what people thought. When I approached the Blue Ridge Mountains, I realized I was a native penguin from Antarctica that lived in Sea World for the past three years. I was pretending to be happy in a place where I didn’t belong.

When I lived in the South, I felt like Barbie’s best friend: acceptable enough, but not enough for elite Southern Belle Barbie status. I didn’t have long, straw-colored hair with bows and a fair complexion. The fact that I didn’t wear deck shoes and brightly colored clothing was always brought into question. People often asked me if I spoke another language or asked, “What are you?” in reference to my ethnic/racial background. I was even told I wasn’t the “right kind of white person” and that my name sounded like a “black woman’s name.” Hence, this person refused to call me by my actual name. Interesting times.

When you get smacked in the face with yourself all of the time, it makes you question who you are. I was told I couldn’t possibly own my car and that it must be my boyfriend’s, even though I was driving it. I was told I couldn’t possibly be a professor because I was pretty and, therefore, must be stupid. Yeah, the South is full of sexism and racism, but this doesn’t mean these evils only exist there. I just got punched in the face with it, repeatedly. Clearly, I am an extremely patient person to not fight back.

Now, to my broken heart. Wah, wah. It’s a sob story made for a straight-to-Lifetime movie: a charming, yet not-so-charming, noncommittal yet super passionate geek boy with a drinking problem meets a hopeful, spunky, witty, charming, pretty (and so forth in awesome qualities) girl in a posh Charleston, South Carolina bar. They hit it off instantly and sparks fly, blah blah. Then, he flickered the emotional light switch on and off, off and on again repeatedly, racking up emotions and an electric bill for six months. He drove this girl crazy, except there were no murders or a jail sentence.

On Valentine’s Day, out of nowhere, he asked me to move to Seattle if he got the job he wanted. I said yes as long as we were together at the time, which seemed reasonable. Then he dumped me the following weekend for no apparent reason. He said he asked me to move with him because he was in a good mood that day. But, it didn’t end there. Finally, after two months of not speaking to each other, he contacted me to wish me luck with my move. I stupidly suggested we meet for a drink to catch up and then fell back in the trap again. And, an even dumber move – the following weekend, I made him a birthday dinner and bought him a present! During that night, like in the past, he continuously insulted me and made me feel like I was being overly emotional, this time for talking about moving and wanting to “watch a romantic movie about a depressed girl.” “A Girl Who Walks Home Alone at Night” is neither depressing nor romantic. Just ever so slightly.

The point is, I let him take a piece of me, like none other. This relationship symbolizes my whole experience living in the Charleston area: I lost a piece of myself, and I want it back. Don’t get me wrong: the South isn’t all that bad. Charleston is the No. 1 tourist trap in the country for a reason: there are hundreds of fantastic bars, restaurants, shops, and gorgeous beaches nearby. South Carolina sunsets are some of the most amazing you could ever see. Charleston is also one of the fastest growing areas in the country. Yet, I hated living there. I always hated being a stranger in a strange place that would never accept me, like my ex. They wore fake bleached smiles and changed moods with the weather; I wasn’t a resident, but a repeated tourist.

I don’t want to be a repeated tourist of relationships anymore. It’s difficult for me to accept the fact that I didn’t deserve to be treated this way, though part of me feels like I did. I am too giving and loving sometimes. Then again, my faults are also my strengths and, therefore, if I change them, I will change myself. I can dwell on the past or work towards the future. Right now, I will worry about the present and keep applying for jobs back in Pennsylvania. Wish me luck!

Until next time, or when you write to me!

Yeah, Yeah, Yeah, Ali is an advice column that runs every Friday on NEPA Scene. E-mail your anonymous question to Ali here to be featured in a future column.

YEAH, YEAH, YEAH, ALI: 5 ways to prepare to meet your online date and have a good time 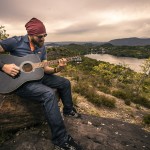