DRUNK ILLUSTRATION TUESDAY: If you catch an artist drawing you

This week, there won’t be a podcast. I made the wonderful mistake of going clubbing with Europeans until 7 a.m. and now I lack a voice with which to express my thoughts. So, instead, here’s something I’ve written as an ode to all the people that find themselves being drawn while in public.

If you catch an artist drawing you, don’t panic
don’t stare him or her down
don’t turn away or get up and switch to a new seat
don’t cover your face with your newspaper or your hand
don’t pull the brim of your cap down so as to hide your identity
but don’t stay exactly still, either
Artists enjoy drawing a moving target
or else they wouldn’t be drawing people out in the world
It’s OK to itch your nose
if you have to cough, cough
if someone texts you, reply
the artist understands
He or she doesn’t want to draw a statue
or else you would see him or her drawing statues,
not you

If you catch an artist drawing you, don’t approach them
and ask to see the drawing
that would make it all about you
and it isn’t about you
Don’t complain that the drawing makes you look too old
or too young, or too fat or skinny
Don’t worry about the lines drawn under your eyes
or around your mouth
They’re just lines and it’s just a drawing
Don’t be self-conscious
he or she isn’t drawing you because you look strange
or ugly or different somehow
You look perfectly fine and that’s why
you were chosen for this drawing

When you notice that you’re being drawn, be happy
don’t be nervous or angry or creeped out
It’s just a drawing, you’re just a person
and that artist is just doing what he or she does 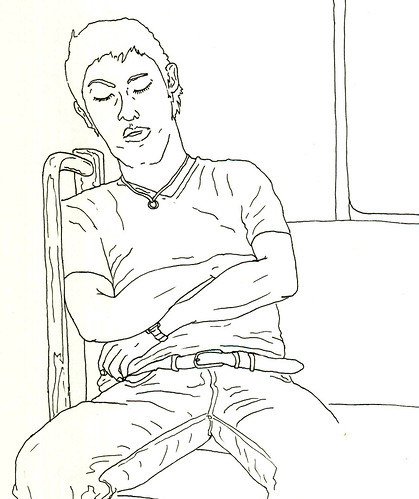 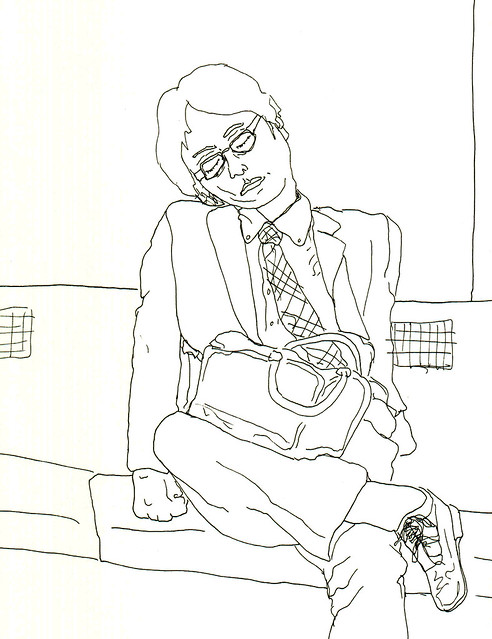 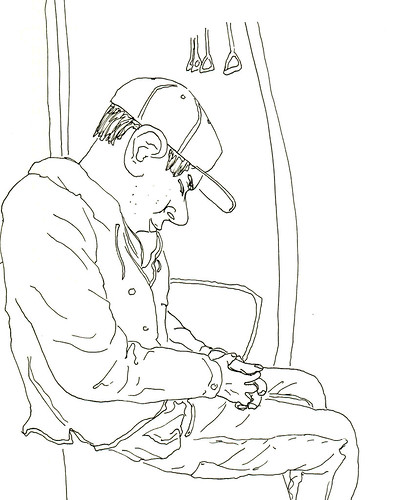 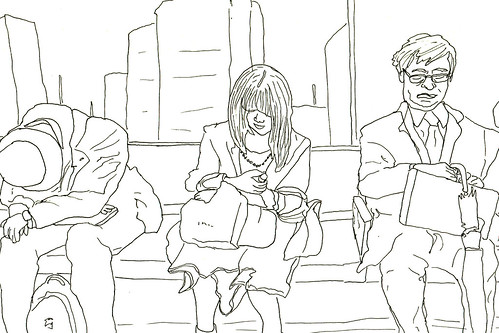