I’ve been told that, scientifically, race does not exist.

So the story goes, we are all one people, descendants from a tribe in Africa that were descendants from earlier forms of humans that once populated the Earth. Over the millennia, as the tribe grew and separated, they spread out into different regions where the climate and environment changed them in various ways. Some developed lighter complexions, while others darkened.

I say I’ve been told this because that was what I was taught in school. But I was also told that we are descendants from a pair of humans created by God, Adam and Eve. Regardless of what color they were (and despite what Euro-centric Renaissance painters might believe), the tone of our complexions changed into what we have today – an array of colors that is so much more than just black and white. But like a lot of things, that’s how people tend to see it.

Whether you choose a secular or biblical view of our origin story (and there are many, many origin stories out there to choose from), we all essentially have the same origin. To the best of my understanding, that means race doesn’t exist.

I’m raising this topic because of the headline news generated by Rachel Dolezal, a white woman who claims to identify as black, who rose to a very prominent position in the National Association for the Advancement of Colored People. This deception, in and of itself, wouldn’t be enough to warrant my attention, but it’s the relentless comparisons between Rachel Dolezal and Caitlyn Jenner that I simply can’t abide.

“Why is Caitlyn brave but Rachel is a liar?” Seems like a valid question, until you remember, oh, yeah, race doesn’t exist. For that matter, I’m not even sure gender exists, as I’ve seen so far down the rabbit hole that I’ve come away with a whole new understanding on the matter. Gender is a spectrum; it’s not binary. Just like skin tone, it comes in a variety of colors that has some people identifying as both genders, fluidly going back and forth, while others feel no gender at all. I can’t even begin to understand what it’s like for them, as someone who has felt she is and has been female all along. At the same time, I can’t understand what Rachel says she is going through because I’ve never identified as a particular race.

I have dark hair, brown eyes, slightly olive-toned skin, and a large nose, owing to my Mediterranean heritage as an Italian-American. And if you know Sicily’s history… well, you know we didn’t always look this way. But my father was German. How should I identify? I don’t feel German, but I don’t feel Italian, either. I just know that my mother holds the same traditions and values as her mother did and, by that, we have a cultural heritage.

Rachel, by that contrast, has eschewed her actual cultural heritage. She appears to be someone who loves and appreciates black culture so much that she decided to appropriate it and adopt it as her own. She built an Afro-centric identity for herself and passed herself off as something she is not.

For the life of me, this doesn’t make any sense. Culture is information. It’s the intellectual property of the people who created it, and while you can be inspired by it, remix it, or alter it going forward by contributing to it, you cannot own it if it doesn’t belong to you. Rachel Dolezal cannot claim the heritage of a culture that was not passed down to her. Going forward, perhaps she can add to it and contribute something positive. Perhaps. But she can’t retroactively insinuate herself into it. She can identify as someone who embraces that culture, but she can’t identify as someone who comes from that culture.

Meanwhile, ignorance continues unabated, using this as a jumping off point to talk about how transgender people are simply claiming to be what they are not.

Science is proving, again and again, that gender identity is not a socially constructed concept. Despite the way I feel about gender, I have a brain that expects the presence of estrogen and the anatomy of a cisgender female. I can’t even begin to tell you of the strife I go through when it doesn’t get them. To me, this problem is a birth defect. It is a medical condition that there is no cure for except to undergo hormone replacement therapy and radical surgical procedures. If there is anything fabricated about me, it’s my physical, outward appearance. Take away the clothes and the way I look, and you’re simply denying my expression of gender; nothing has changed inside. I am still proud of who I am; I am still like any other woman. My use of clothing and my physical appearance is not meant to parody womanhood, it is simply an expression of my femininity in the way my culture expects and, in a way, that makes me feel good about myself.

For the remainder of this piece, I should probably just demur to Kat Blaque, a black transgender woman, artist, and vlogger who recently published a powerful statement on how Rachel Dolezal is not like Caitlyn Jenner, saying in the end that…

In the end, I can only speak to my own truth. I didn’t even want to write about this, but I felt that I didn’t have the luxury of ignoring it and the toxic opinions it has generated. Honestly? I don’t really know, one way or the other, what to make of Rachel. To me, it’s just another case of cultural appropriation. Stop comparing us to her; it doesn’t apply. 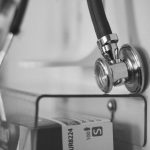