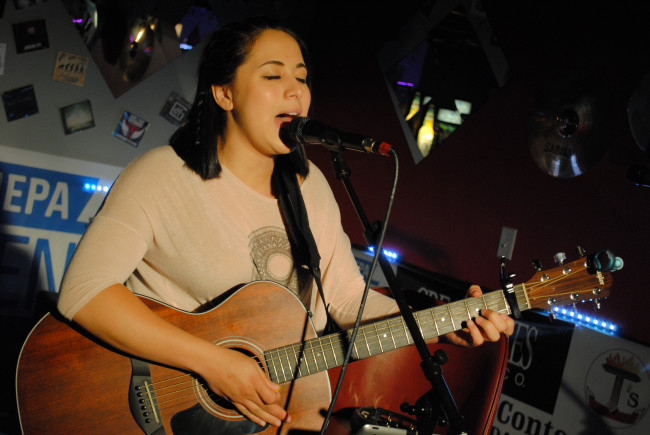 Every week of NEPA Scene’s Got Talent, our free open mic and talent competition at Thirst T’s Bar & Grill in Olyphant, we feature a quick Q&A with the latest audience vote winner, which was young singer/songwriter Asialena Bonitz on June 9.

The weekly winner receives $50 in cash that night. After 12 weeks of Got Talent, the 12 winners will face off against each other next Tuesday, June 23 in front of a panel of local celebrities who will determine the winner of the grand prize – a vacation package that includes $500 cash, three days and two nights in Cleveland, Ohio to tour the Rock and Roll Hall of Fame and Museum and the Great Lakes Brewing Company, tickets to a Cleveland Indians baseball game, and a free recording session at TwentyFiveEight Studios in Scranton when they return home.

We asked the 19-year-old Scranton resident about winning Week 12 with her acoustic versions of popular songs, including “Hand in My Pocket” by Alanis Morissette with a loop pedal.

ASIALENA BONITZ: I came to the event after heading about it personally from my friend Adam Bailey. He told me it was a great time, so I stopped by interested in hearing and seeing some talented acts.

AB: I started singing since I could talk, but I started playing my first shows when I was 15.

AB: I first started singing in a semiprofessional traveling singing choir under Marywood University at age 7-13. When I turned 14, my father bought me a guitar and really opened my mind up to music.

AB: I attend Penn State University and I am studying civil engineering. Although music isn’t part of my curriculum, I know music will always be a part of my life.

AB: My intention was to just have a great time and interact with more musicians when I came to the event. It was just a bonus winning.

AB: I feel I won because I was able to open up to the audience, and my goal was to make sure that they were having as much fun as I was.

AB: I will probably put that $50 right back into my music, whether it be picking up some guitar strings or saving it for a new investment in music.

AB: I play out regularly with a drummer every weekend, as well as some shows during the week. I play at live music venues, pubs, and eateries all around Scranton, as well as the outskirts.

AB: To check out more information on my music, visit my Facebook fan page for details and upcoming shows. 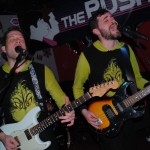