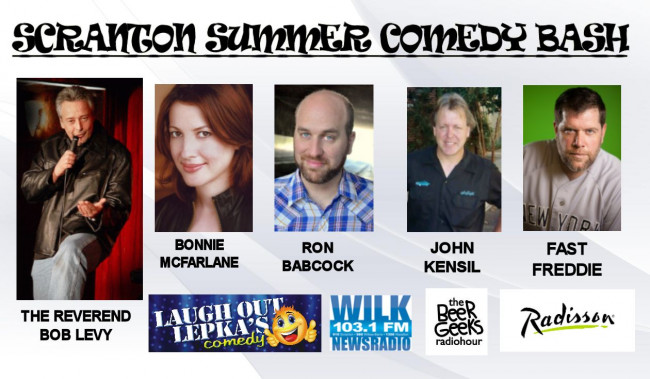 Laugh Out Lepka’s Comedy and the Beer Geeks Radio Hour on WILK 103.1 FM will present the Scranton Summer Comedy Bash with four funny headliners on Sunday, June 7 at the Radisson Lackawanna Station Hotel in Scranton.

Seating begins at 5:30 p.m., and showtime is at 6:30 p.m. There will be music before and after the show by The New Evolution Band. Tickets are $20 for general admission and $40 for VIP seating that comes with a meet and greet with the stars of the show. Tickets can be purchased in advance on Eventbrite or by calling 570-357-2693.

Babcock currently resides in Los Angeles, California but will be coming home for a brief period this summer. He has been seen on Comedy Central, “Last Comic Standing,” and “Adam Devine’s House Party” and performed in the Montreal Just for Laughs festival and the Mercedes Motoring nationwide tour.

Levy is best known for his time on “The Howard Stern Show,” “Opie and Anthony,” and “The Artie Lange Show.” He has appeared on Comedy Central and hosts “The Bob Levy Show.”

McFarlane produced and stars in “Women Aren’t Funny,” which is on Netflix. She has also appeared on the “Late Show with David Letterman,” “Last Comic Standing,” “Tough Crowd with Colin Quinn,” and Comedy Central.

Kensil has performed at the Las Vegas Comedy Festival and Boston Comedy Festival. He has appeared on ESPN and “Good Morning America” and was also a writer on “The Tonight Show.”

Fabbri, better known as Fast Freddie, giving the traffic reports on WKRZ, WILK, and Froggy 101, is a host on the Beer Geeks Radio Hour from noon-1 p.m. on Sundays on WILK radio with NEPA Scene beer columnist Derek Warren.

For more details on the Scranton Summer Comedy Bash, visit kevinlepkacomedy.com or the Facebook event page. 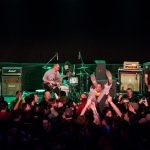