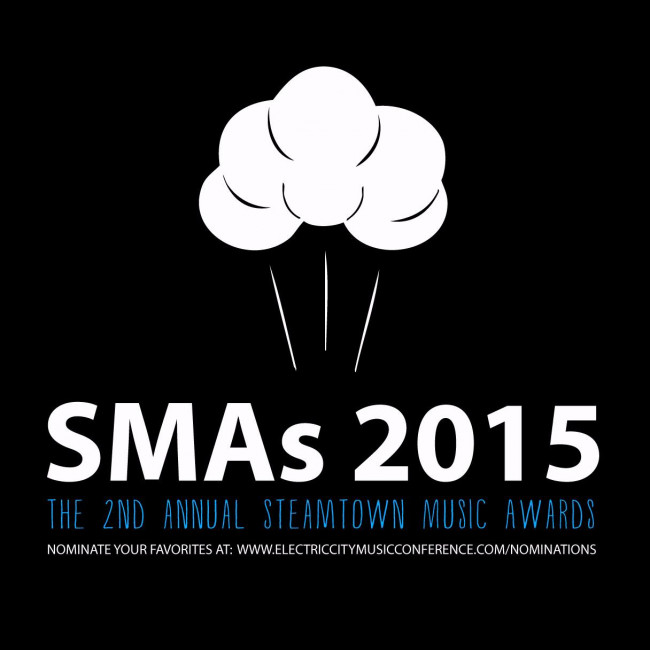 The V-Spot in Scranton will play host to the Steamtown Music Awards for the second straight year on Thursday, Sept. 17.

“The V-Spot was perfect last year, and when we had to change venues at the last minute, [owner] Vinnie [Archer] really helped us out,” explained co-organizer Ken Norton.

In response to the event, The V-Spot will be non-smoking the evening of the award ceremony.

“For one night only, our buddy Vinnie agreed to go non-smoking, so everyone can feel free to dress their best and won’t have to worry about smelling like smoke, and Kenny gracefully agreed to clean up all the cigarette butts outside the next morning,“ added co-organizer Joe Caviston.

On July 22, beginning at 6:30 p.m., the Steamtown Music Awards will host an “Announcement Party” at Franklin’s in Wilkes-Barre. The event is free and open to the public. Organizers will announce the performers that have been nominated in each category for the 2015 Steamtown Music Awards, and there will be performances by Esta Coda, Skip Monday, Mock Sun, and Strawberry Jam.

The SMAs have already announced that Bret Alexander will receive the 2015 Lifetime Achievement Award.

Alexander is a songwriter/producer based in Northeastern Pennsylvania. His career began as a studio engineer in the late ’80s. There, he met the members of what would become the popular rock band The Badlees. The Badlees were signed to Polydor/A&M in 1995, with Alexander playing the role of principle songwriter/guitarist/multi-instrumentalist. Their self-produced album “River Songs” yielded two hit singles, “Fear of Falling” and “Angeline Is Coming Home.” The Badlees’ next album, “Up There Down Here,” was released on Ark21/Universal in 1999.

In 1999, he opened his own studio, Saturation Acres. In a short time, Saturation Acres quickly became ground zero for the NEPA music scene, producing albums for such acts as Breaking Benjamin, The Badlees, Darcie Miner, K8, Panacea, The Underground Saints, Graces Downfall, and countless others. He continues to run the studio to this day.

Alexander has also done a fair amount of corporate work for such companies as Days Inn, MTV Books, Shopvac, PSECU, and Geisinger. His side project The Cellarbirds teamed up with K8 for a cover of “Keep on the Sunny Side” which was the center of Days Inn’s international campaign for six years. His work has been featured on the Winter Olympic Games, MTV, “The Real World,” Extra, the VMAs, and various films. He is currently a member of the NEPA-based rock band Gentleman East, alongside former members of Breaking Benjamin.

The Steamtown Music Awards take place annually to honor the musicians and music industry professionals of Northeastern Pennsylvania. The awards are held in association with the Electric City Music Conference, which will take place Sept. 17-19. For more information, visit electriccitymusicconference.com.

To learn more about The V-Spot, listen to Episode 4 of the NEPA Scene Podcast.