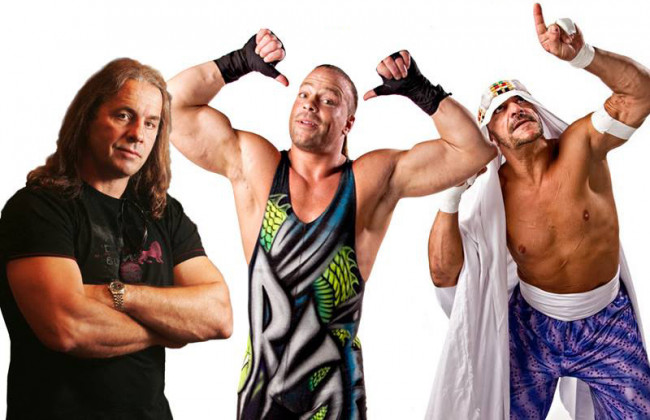 It’s not Madison Square Garden or Korakuen Hall. It’s not even Philadelphia’s Viking Hall. But the building at 500 Jefferson Avenue in Scranton has a long legacy in the history of professional wrestling. Once, it was known as the Scranton Catholic Youth Center, and just about every WWE wrestler from Bruno Sammartino to Mick Foley, Bob Backlund to The Rock, body-slammed under its roof at one time or another.

Today, the building is the Lackawanna College Student Union Gymnasium, and it’s been a long time since any body-slamming’s been done there. That is, until this Friday, June 5, when Boston-based promotion Big Time Wrestling brings the squared circle back to the one-time Scranton CYC, and some of the biggest names in wrestling, including Bret “The Hitman” Hart, Rob Van Dam, and Sabu, are coming with it.

“For the CYC to be hosting another wrestling event, it’s great. Those walls have a lot of history in them,” local wrestler Mr. Saturday Night says. Himself the one-time president of now-defunct Scranton-based promotion Championship Pro Wrestling, he helped promote the BTW event and will wrestle on the card as well.

“A lot of people may not even realize how far back the history goes. Hulk Hogan was actually at the CYC before he got famous. I’ve had the chance to wrestle guys like Nikolai Volkoff and The Honky Tonk Man, and they remember working the CYC. I always call it the Madison Square Garden of Scranton.”

In addition to Hart, Van Dam, and Sabu, other big names scheduled for the event include Dean Malenko, Mr. Anderson, One Man Gang, Trevor Murdoch, and one half of the infamous tag team The Nasty Boys, Jerry Sags. All will be on-hand prior to the event to sign autographs and take photos with fans. 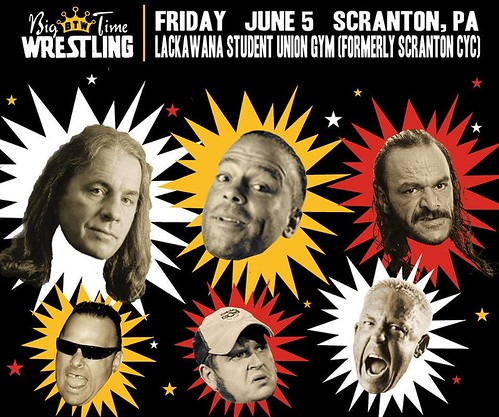 Many of these wrestlers have been through the CYC before. Mr. Saturday Night remembers seeing Hart face Yokozuna there during his WWE days, and Sabu and Van Dam both wrestled there during their ECW tenure in the ‘90s. He acknowledges the edgier, more adult-oriented changes that swept through wrestling during the ‘90s as the reason the one-time church-owned venue stopped bringing these events to Scranton.

Since becoming the Lackawanna College gym, though, there’s been a push to restore the building to its former status as a NEPA wrestling mecca.

“There have been other organizations that have been there since then, but for some reason, I don’t know why, they haven’t come back,” Mr. Saturday Night says. “Big Time Wrestling wants to change that. They’re talking about doing this as a yearly event.”

For Mr. Saturday Night, the return of wrestling to the former CYC is a childhood fantasy come true.

“It’s been my dream to work the CYC,” he says. “The first wrestling show I ever went to was there. I remember it clear as day. It was in 1992, and the main event was ‘Macho Man’ Randy Savage versus Jake ‘The Snake’ Roberts. After that, I went to every event, right up to the very last one. Just to be on the card, working the show, it’s an honor.” 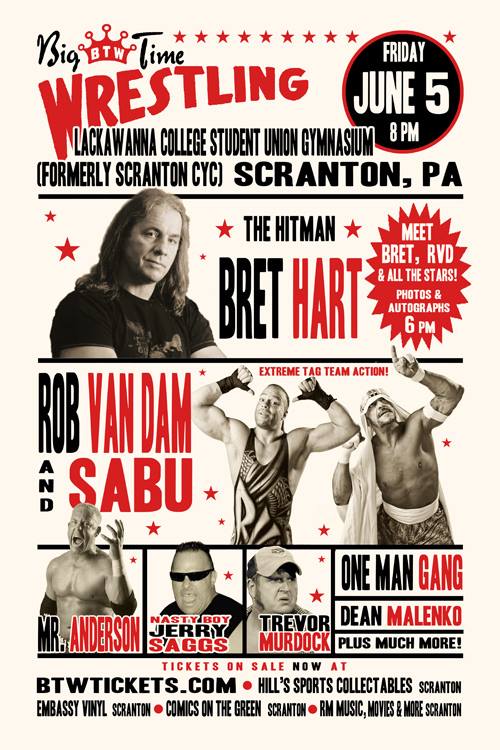 Tickets can be purchased at Hill’s Sports Collectables, Embassy Vinyl, Comics on the Green, and RM Music, Movies & More in Scranton or at btwtickets.com.