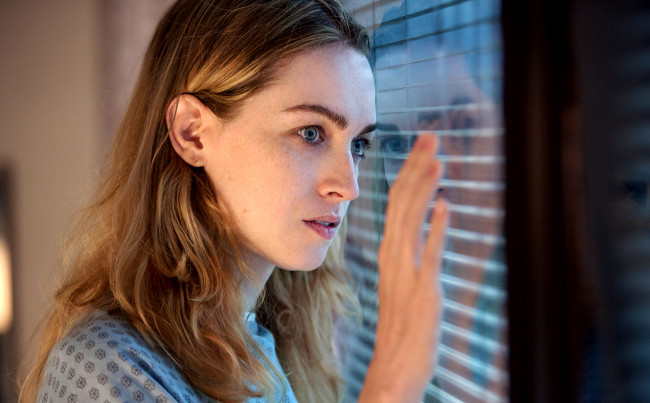 I saw myself on TV the other day. Well, I actually was on TV a few weeks ago, being interviewed for an 11 o’clock news piece on the transgender community in Northeastern Pennsylvania for WNEP, but that’s not what I’m talking about. I’m talking about the metaphorical sense, the sense that there are finally positive roles going to transgender people who are starring in critically and popularly acclaimed series – people I can actually identify with. And it feels absolutely amazing to see that.

In the Netflix original series “Sense8,” a show based around 8 characters with extra-sensory abilities who communicate and share their experiences across the globe as they struggle to survive, Nomi Marks is a young, out-and-proud, transgender lesbian woman who is described as a political blogger and hacker. She speaks directly to her community, sharing her feelings and opinions with them while using her abilities as a computer security expert to help her friends. Played by actress Jamie Clayton, herself a transgender woman, Nomi’s character is dynamic and engaging.

Nomi isn’t middle-aged, she’s not still in transition, and being transgender isn’t the focus of her character development. She is a complete person, and living her life as that person. Being transgender isn’t who she is; it’s simply one aspect of who she is, and it’s inspiring to see someone like her. I look at the screen and I feel like I am seeing myself – a young, out-an-proud blogger. She’s definitely someone I can identify with.

Try as I might, I can’t identify with Maura Pfefferman of “Transparent.” I’m not a divorcee in advanced years with three adult children. I’m not hiding from my family, friends, or colleagues at work. Nor can I identify with Sophia Burset from “Orange is the New Black,” another Netflix original series. Though Sophia is proud of who she is, I’m not a person of color currently residing in prison. As such, these characters don’t really speak to me. They represent the diversity of the transgender community, but they don’t represent me.

Keep in mind, I don’t actively endeavor to watch every show or movie that happens to have a transgender character in it, but only because it’s rare that I find anything I can identify with. Too much focus with most transgender characters is placed on the transition process, and while it makes for a powerful “hero’s journey” narrative, it’s only part of the story. There’s so much more that comes after, and while I’m not done with my transition, it’s not something I think about every day anymore. As I wrote in my first column, my typical daily routine is pretty similar to what most women spend their days doing – going to work, taking care of my pets, and spending time with friends and family. Sound familiar? The only difference is, they can turn on the TV and watch any number of sitcoms, movies, and documentaries about people like them, people who make them feel normal and comfortable. Shows that feature transgender characters, on the other hand, tend to only serve as reminders of how unusual I am, and how alienated and uncomfortable people like me make other people feel. Think about that – we are constantly reminded that we make other people feel uncomfortable.

Almost none of the focus is on what makes us uncomfortable.

“The Silence of the Lambs,” “The Crying Game,” on and on. The focus is on people like me as the reject, the flawed character, the deviant, the sexual fetish, or the freak. Our role in most movies is either the punchline or the monster. We are seen as deceptive, deceitful, and frightening. Movies and shows very rarely, if ever, focus on how intimidating and openly hostile the world is to us – here we are, surrounded by murder and suicide, with so little being done to really understand what we are. We aren’t spying on you in the bathroom, we aren’t after your kids, and we aren’t here to be your little “thing on the side.” We’re flesh and blood human beings, just trying to find love and happiness. We just want to live our lives.

I’ve wondered how it would be possible to write a character who is transgender without specifically making the plot about her being transgender, because if you take away those elements, what are you left with? You’re left with a female character, just like any other. Nomi seems to fit that to a T.

I think “Sense8” nails many of the aspects of her character as a female lead. Her reactions are realistic; she’s not an action hero, and she’s not very athletic. For example, aside from the more fantastical abilities she displays as a “sensate,” she doesn’t fight well or show typically uncharacteristic physical strength; she has limitations and shortcomings on what she can do and how much pain she can tolerate. There’s none of the impression that the writers created a typical “male hero” character and then put him in women’s clothing. But then, the series director is Lana Wachowski, famous as part of the duo who produced “The Matrix,” “V for Vendetta,” and many other special effects-laden box office hits. Lana also happens to be a transgender woman – how could I expect any less than accurate representation?

However, perhaps to drive home the point that Nomi Marks is transgender and what that means, the show still tends to draw from her existence as a transgender woman. As we see snippets of her world and how others treat her, we understand that she’s in love, she’s happy, and she’s enjoying her life, but we see how her own family treats her. We see how random strangers treat her. Of course, as the show goes on, her situation quickly changes into a horrific nightmare, but we see how her character deals with the ways the world treats her, and she continues living her truth without looking back. She understands who she is, and that allows her to move on – just like any other strong, female lead in any other show.

Maybe I don’t speak for all of us, but dear Hollywood, more of this please!