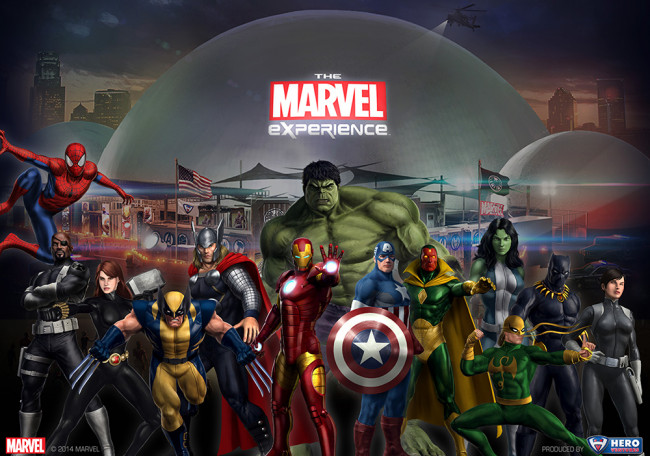 After running from June 19 through July 5 at the Lincoln Financial Field in Philadelphia, the rest of “The Marvel Experience” summer tour has been cancelled, according to the Associated Press.

“The World’s First Hyper-Reality Tour” traveled to Phoenix, Dallas, and San Diego and was retooled before it came to Philly, but it seems the changes weren’t enough to generate more interest. While no official explanation was given for the cancellation of planned stops in Chicago, New York, and St. Louis, Showbiz411 cites low ticket sales and negative reviews as the likely reasons.

The traveling theme park contained under large domes boasted 360-degree projections, holograms, and a 4-D motion ride, costing $30 million. Refunds are available for those who purchased tickets in advance, though Playbill reports that those stops in other cities will be rescheduled.

The AP called the cancellation “another black eye for co-producers Michael Cohl and Jeremiah J. Harris, whose ‘Spider-Man: Turn Off the Dark’ was a costly failure on Broadway.” Marvel Entertainment and Hero Ventures also produced the show, releasing this statement today:

“It was great to see so many smiling faces taking pictures and enjoying The Marvel Experience in Philadelphia,” said Hero Ventures CEO Rick Licht, “though there is clearly more that we would like to accomplish with this unique endeavor. Rest assured that we’ll be back on tour shortly to bring this dynamic event around the country and around the world.”