Last week, NEPA Scene was the first to report that Mountain Sky, the outdoor music venue that has been hosting concerts in Jermyn for years, was suddenly shut down by Scott Township.

At the time, it wasn’t clear why this had happened, but the third annual Still Meadows Revue festival with the Still Hand String Band and many other acts that was set for July 9-12 at Mountain Sky was quickly rescheduled and moved to Sandy Valley Campground in White Haven, where the event was a success. The rest of the venue’s schedule, booked through September, remains in question.

In the meantime, it was announced that the group occupying the 117 acres of historic land did not have the proper permits in place to hold concerts and was ordered to close, at least until those permits were filed and approved, but possibly permanently if those efforts failed. Mountain Sky representatives Mike Savaro and Michael “Ragu” Rogowski were interviewed on Scranton radio station Rock 107 by the Prospector to explain the situation to the public:

The station then started an online petition emphasizing the value of the venue to the area:

Many of the acts that play Mountain Sky are unable to play some of the bigger venues in the area but still have a dedicated audience. Without Mountain Sky, their fans would have to travel hundreds of miles to see these bands preform.

It is our belief that a middle-ground can be obtained with mediation and open discussion rather than essentially closing the venue down. We struggle to see the democracy in shutting down a resource used by thousands every month to satisty the ocassional requests of the few.

We the undersigned believe that the loss of yet another venue in Northeast PA is unacceptable.

Mountain Sky posted the following message on their Facebook page this afternoon:

This past weekend Still Meadows Revue was pulled from the brink of disaster by a handful of great people with solid connections and a drive that ensured that ‘the show must go on’.

After losing a down to the wire court decision on Wednesday morning, with the festival scheduled to kick off the very next day, Mountain Sky could no longer legally host the event, sending months of planning into into a tailspin. Within just hours of the news Eric Harvey of co-host and double headliner Still Hand String Band had a new location under an hour away from Mountain Sky and the deal with Sandy Valley Campground sewn up tight.

For some the venue change was a heartbreaker, for others it was a welcome change, and for us it was a field trip.

A huge Thank You to ALL of the bands from whom the music was excellent as expected, Andy and Josh for running top notch stage lighting, the Sound team for tuning us in better and better with each passing set, the food and craft Vendors for keeping us all fed and supplied, all of those who volunteered their time to help make things run smoothly, all the kind folks who came out to share a smile and a good time, and of course a huge thank you to Sandy Valley Campground for coming to the rescue and so graciously opening their doors to us all on such short notice.

We all had a great time this weekend and learned a lot too. We’d like to make it clear that Mountain Sky is not down for the count just yet, and we are making continuous efforts to restore what we have worked so hard to achieve. As for our upcoming events there are no solid details at this time, but we will let you know as soon as possible.

Since the announcement of our cease and desist order there has been a flood of support coming in from the community and we’d like to thank you all for that as well. Local radio host Prospector from Rock 107 has joined the fight by starting an online petition that you can sign to show your support for the preservation of Mountain Sky.

Please take a minute to sign if you would be so inclined.

Thanks again, and we hope to see you all real soon! 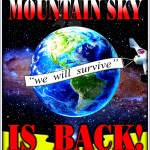