BEHIND THE BLOCK: That time I was called a racist… 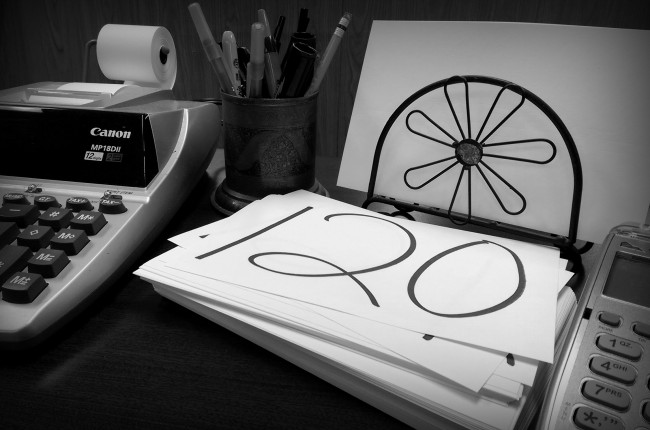 Once upon an auction, I was accused of being a racist. It happened before the sale when people were arriving and registering. I was approached by my cashier, who explained that there was a woman at the front desk who wanted to sign up for a bidding number but didn’t have the necessary identification, so I went to the front desk to address the situation. The would-be bidder happened to be African American.

“I want to sign up for a number,” she explained to me, “but your girl here won’t let me.”

“Well,” I answered, “since you’ve never been to one of our auctions before, we require that you provide us with a government-issued photo ID.”

“I don’t have a driver’s license,” she said.

“Oh, I have a passport!” she exclaimed. “I only live down the street. I’ll be right back.”

She returned several minutes later with a very blotchy, completely illegible photocopy of what she claimed were her passport credentials.

“I can’t read any of it,” I shrugged. “Nothing is clear… your name… your photo…”

“You’re nothing but a racist!” she said very loudly. I can only assume that she was attempting to embarrass me in front of my other patrons.

Now those who know me also know of my temper, and they would most likely have expected me to scream at this woman, to curse at her, and then to banish her. However, that’s not how I reacted. Her accusation didn’t just make me angry; it made me livid. I have an extreme aversion and deep indignation for flippant indictments and intimidation tactics, and when I become so incensed, I tend to get quiet, deliberate, and eloquent…

“You’re nothing but a racist!”

I didn’t even flinch. “First of all, it states very clearly on our website, on our AuctionZip listing, and on the sign at the front desk that if you’re registering with us for the first time we require some form of government issued photo ID. It can be a driver’s license, a photo card, a passport, a military ID – I’d even take a student ID. Something with your name and photo on it. If you can’t comply with this policy, then I can’t give you a bidding number. Secondly, no, I am not a racist. White, black, purple… I don’t care what color you are. Everyone’s money is green. You don’t want to be treated any differently just because you’re black. Well, I can assure you that you’re not being treated differently than anyone else who has come here today. And because my policies are applied without prejudice, neither will you receive any special exemptions just because you’re black. Thirdly, I will never be bullied by anyone in my place of business. Now, are we done here?”

She said nothing. She looked into my eyes and said nothing. She simply turned away and walked out the door. A few moments later, she returned. I readied myself for round two, but she never approached me. Instead, she walked up to the front desk and presented her passport (her actual passport, not a copy) to my cashier. She was given a bidder number and participated in that evening’s auction just as all the other attendees.

And I was baffled. Why hadn’t she just come into the gallery with her actual passport the first time she went to retrieve it? What had she been trying to prove by presenting that unreadable copy? For several months, she was a regular attendee at my auctions. She never revisited our first conversation, and so neither did I.