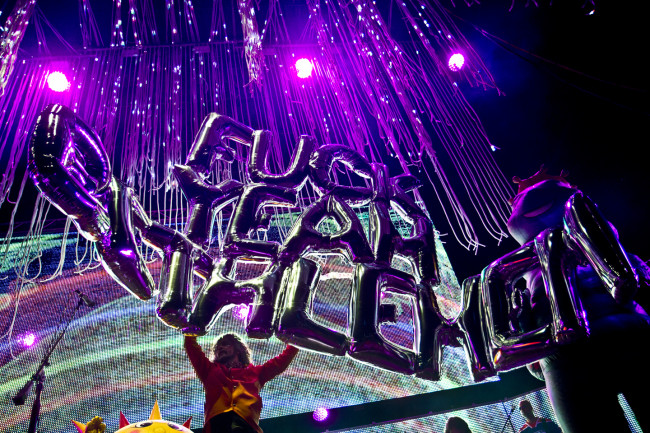 After set opener “The Abandoned Hospital Ship,” Flaming Lips frontman Wayne Coyne told the crowd gathered at the Steel Stage on the official opening night, Aug. 7, of Bethlehem’s Musikfest, “We may be the only band ever to be late because we were waiting for one of our giant mushrooms to get dressed, but it’s going to be worth it. I promise.” Then, the Flaming Lips delivered. 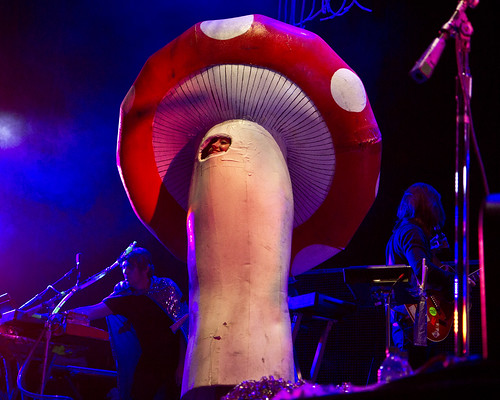 Diving right into the band’s 2002 hit “Fight Test” with a confetti and balloon drop that enveloped the venue, The Lips’ psychedelic freak show got weirder and weirder, and that means better and better to the band’s fans. The Oklahoma rockers covered almost all of their 30-year-plus career, from their breakthrough grunge era hit “She Don’t Use Jelly” to “Butterfly, How Long It Takes To Die” off their 2013 release “The Terror.”

Throughout the show, the crowd was treated to costumed performers as dancing aliens, rainbows, the sun, butterfly monsters and, of course, the aforementioned giant mushrooms. The mesmerizing LED lightship came complete with projections of nude women dancing and running in place. Coyne walked atop the raised arms of the audience in his now famous inflatable hamster ball during “Vein of Stars” before ascending a platform raised from the stage to shine a handheld spotlight into the crowd on what Coyne called “one of those perfect summer nights.” 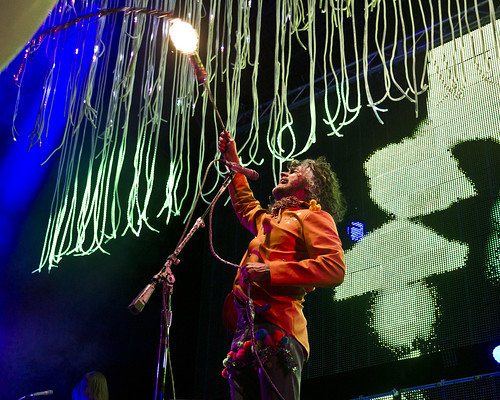 The set ended with “A Spoonful Weighs a Ton” and more confetti as the last word of the song, “LOVE,” flashed on the projection screen with the audience chanting along: “LOVE! LOVE! LOVE!”

Before the encore “Do You Realize??” Coyne stated, “A lot of people have real pain and tragedy in their lives, and maybe some of those people came here tonight to escape that tragedy. You motherfuckers helped change their lives!” And that’s not a bad way to spend a perfect summer night. 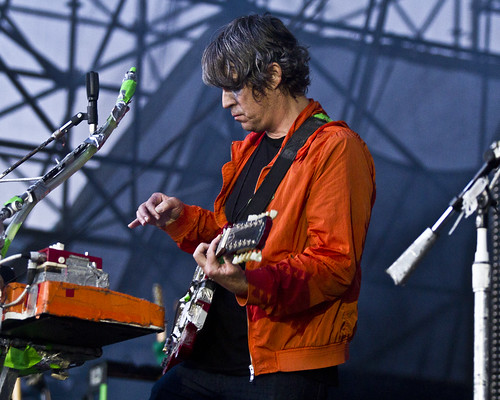 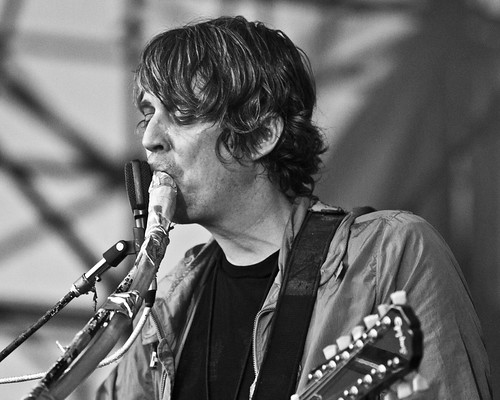 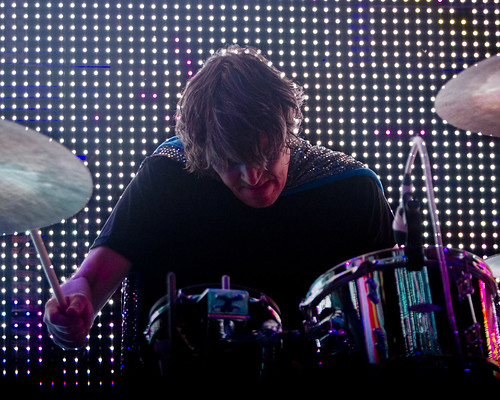 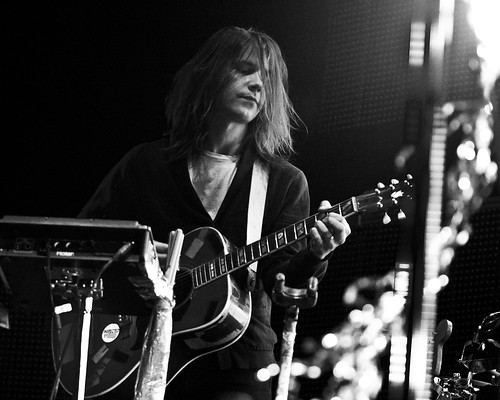 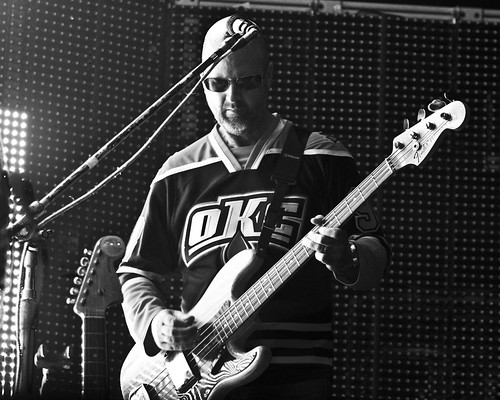 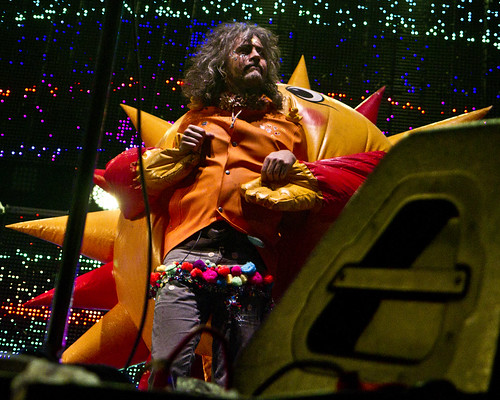 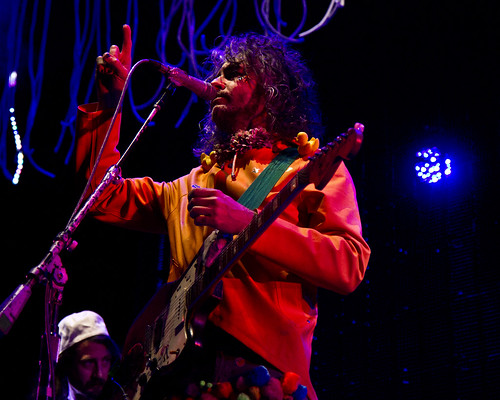 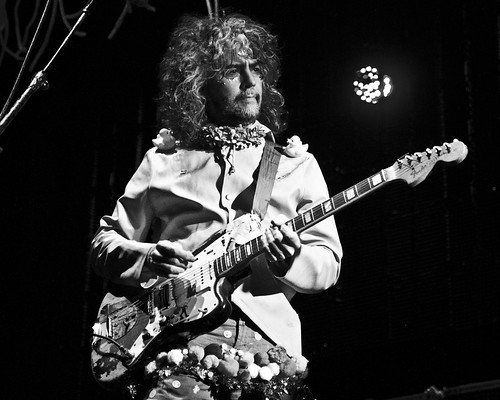 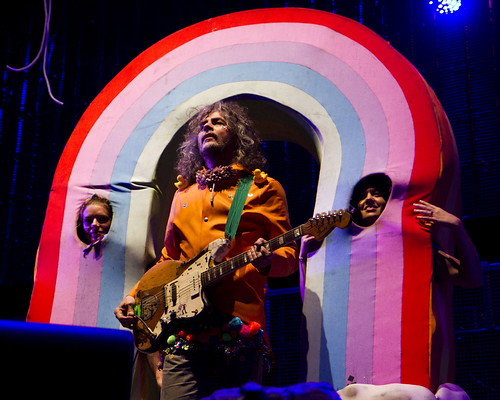 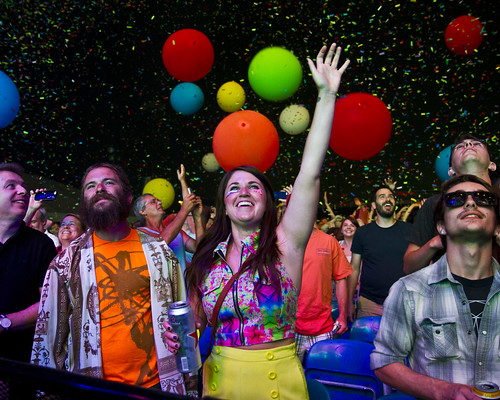 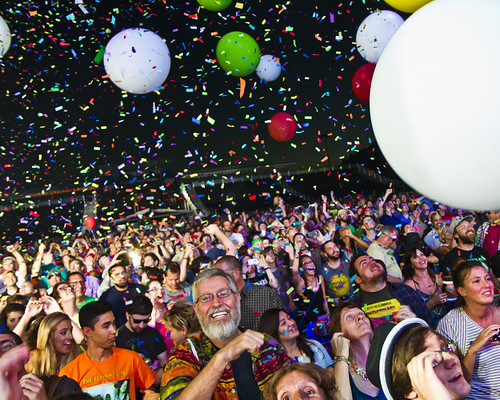 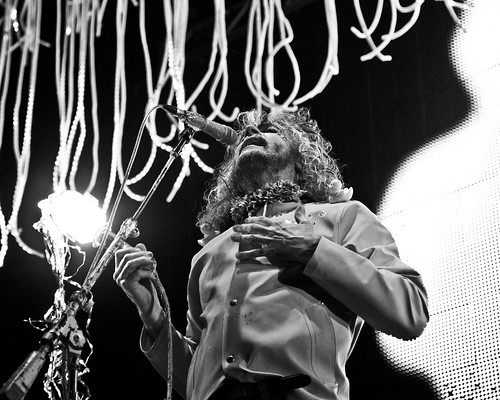 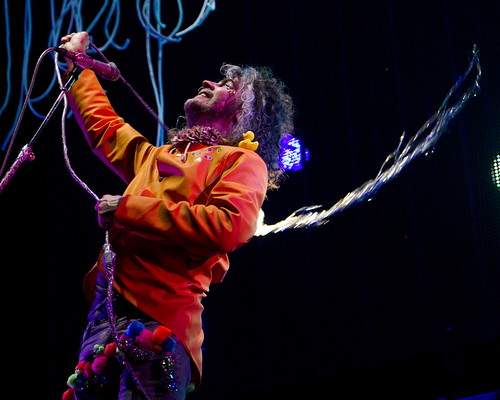 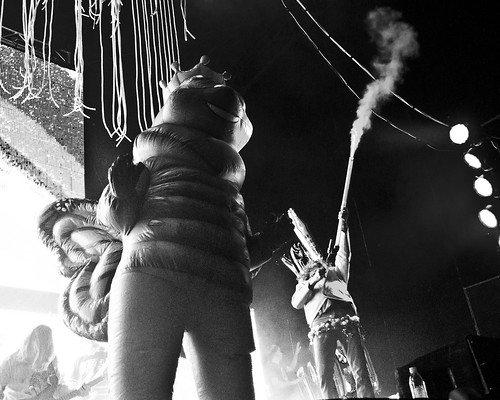 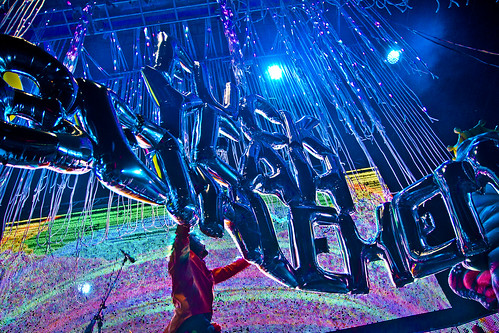 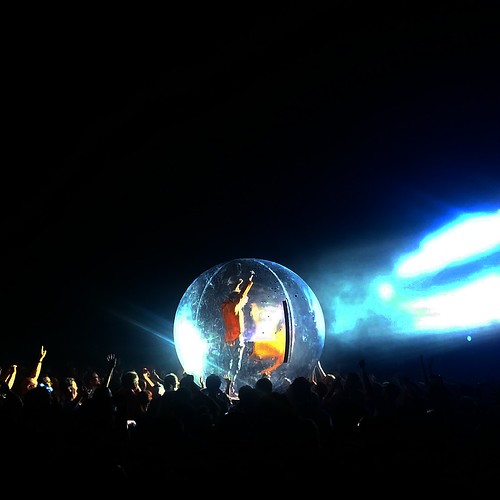