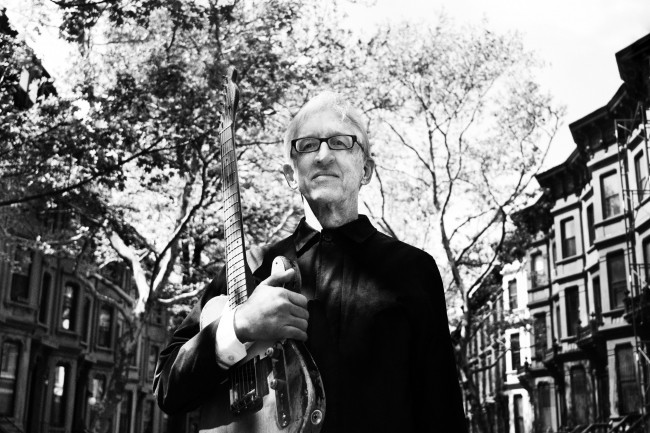 On Sept. 19 and 20, PocoNotes will host an immersion into music, showcasing the images of four of the area’s “best and brightest” photographers, the guitar mastery of Grammy-nominated “Master of the Telecaster,” Bill Kirchen, and a collection of unique primitive instruments by Snikle Cigar Box Guitars.

Over the past three years, PocoNotes’ “Faces and Voices” series has featured the music of blues masters Toby Walker, Roy Book Binder, and Patrick Sweany, with images provided by documentary photographer Jim Gavenus. There are a total of six artists on the 2015 “Faces and Voices 4” roster who, separately and together, will magnify PocoNotes’ vision that these two days are about more than just “Faces” and “Voices” – and more than just “the Blues.”

Each of the 2015 “artists-in-residence” will bring their special creativity to an event that will include a museum-quality photo exhibit, an interactive display of cigar box guitars, a photography roundtable, a “Porch Time” jam session, a concert performance, and a guitar workshop. Their combined talent and years of dedication to their respective crafts will serve to foster a greater appreciation of music as a uniquely American art form.

The “Faces” will be presented by a panel of four local, accomplished and award-winning photographers from four Pennsylvania counties. They are A. Elizabeth Baumeister (Wyoming), Chad Casterline (Luzerne), Brian Hineline (Monroe), and Alex Seeley (Wayne). Each will exhibit favorite images of artists they have captured at – and behind – some of the finest local, regional and national stages. They will also work together to present a photography roundtable, at which they will share what they have learned over the course of their budding careers and encourage participants to join in the discussion as well.

With Bill Kirchen at the musical helm, the “Voices” will be a blue-plate special of the rock ‘n’ roll, honky-tonk, soul, rockabilly, Western swing, country, blues, boogie-woogie, and a bit of Bob Dylan that he has played at every sonic landmark along the proverbial Route 66 of American music since his trademark big-rig guitar riffs powered Commander Cody and His Lost Planet Airmen’s “Hot Rod Lincoln” into Billboard’s Top 10. He is known for his exhilarating live performances, each of which recalls a half-century of guitar legends in a show that has brought the house down at Hardly Strictly Bluegrass, South by Southwest, Mountain Stage, and the Philadelphia Folk Festival. Best of all, he is an esteemed instructor at Fur Peace Ranch, the guitar camp owned and operated by Jorma Kaukonen, the guitarist for Jefferson Airplane and Hot Tuna, and will conduct a guitar workshop that will readily appeal both to serious guitar players and those who merely want to bask in the glow of a master sharing his craft and a road warrior sharing his stories.

A fifth artist, Dave Whetsell, from a fifth county (Lackawanna), is returning by overwhelming demand with his latest collection of handcrafted guitars made from cigar boxes and other unique items. These handcrafted “primitive” instruments, which date back to the early 1840s and have had a recent resurgence as part of the roots music movement, will provide one more way for attendees to see, hear, and feel the music

As in prior years, the setting for this two-day event will be Scranton’s historic Tripp House (1011 N. Main Ave.). This lovingly-restored landmark will be open for public viewing of the photo and cigar box guitar exhibits on Saturday from noon-6 p.m. and on Sunday from noon-4 p.m.

The photography roundtable will be held on Saturday from 1 p.m.-3 p.m. and will be followed immediately by a two-hour “Porch Time” jam session, an informal gathering led by Kirchen. Everyone is invited to bring an instrument and “pick and grin” as the music is brought to life through songs and stories.

At the intimate Saturday evening concert scheduled for 8 p.m., Kirchen will captivate his listeners with the skills that have earned him Guitar Player magazine’s title of “Titan of the Telecaster.” However, for this performance only, he will also demonstrate his love of the brass sound by playing a trombone provided by Northeast Music Center specifically for this event. The Folks at PocoNotes feel certain that there is a strong likelihood that he will follow his muse and lead his audience around – and out – of the venue in classic Bill Kirchen style.

The guitar workshop will be the final event of the weekend and will be held on Sunday from 1 p.m.-3 p.m. Reservations are respectfully requested, and small amps are strongly suggested.

The exhibits, workshops, and jam session are free and open to the public. Tickets for the all-ages concert are $25 in advance and $30 at the door for adults and two for $25 for seniors and students. Advance tickets can be purchased from PocoNotes at poconotes.com or 888-800-POCO (7626) or at Duffy Accessories (218 Linden St., Scranton). There is no charge for children 12 years of age and under attending with an adult, and members of the military are invited to attend as our guests.

This event is hosted by PocoNotes, which was co-founded by Dolores Hippler and Patrick Harper after their personal experience with the tragedy of Sept. 11. These two “children of the ’60s” made a decision to help their generation fulfill their promise to leave the world in better shape than they found it and are doing their small part by making the world a kinder place through music.

This is PocoNotes’ sixth event at the Tripp House, which is the stunningly-restored landmark whose elegance, historic importance, and architectural beauty provide the perfect backdrop for presenting music that has been influencing artists for decades.

Media sponsors for this event are Highway 81 Revisited, NEPA Scene, WNTI-Public Radio at Centenary College and WVIA-FM. Funding was provided in part by a Lackawanna County Community Arts and Culture Grant, a program of Lackawanna County Commissioners Jim Wansacz, Patrick M. O’Malley, and Edward G. Staback, as well as by the Pennsylvania Council on the Arts, a state agency funded by the Commonwealth of Pennsylvania and the National Endowment for the Arts, a federal agency, which is administered by the Pocono Arts Council.