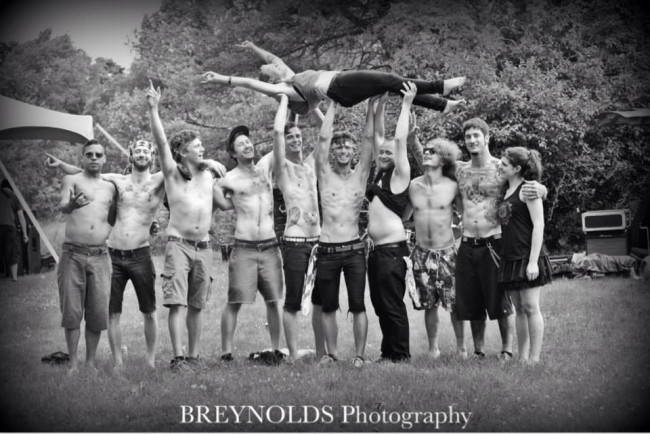 “Last year…” she trails off for a moment, finding just the right words to recall it all.

“The way I describe last year to inquiring minds is that it felt like just a huge group of friends hanging out in a field and listening to good music. It was like we were kids again – lying in the grass, playing games, laughing, and sharing stories without a care in the world. There was this overhanging sense of unity that was just amazing, with an incredibly relaxed undertone. Everyone had come there to have a good time, get away from the stresses they might be feeling, and support a good cause.”

That is how founder Chelsi Heinrich described the first year of Indralokafest, a music festival held to raise money for Indraloka Animal Sanctuary in Mehoopany. It has expanded to two days this year, Saturday, Aug. 15 and Sunday, Aug. 16, in the same open field in Shickshinny where another independent festival, Yardstock, took over in June, so we asked Heinrich to tell us more about her “brainchild” and prepare us for another great weekend of memories.

NEPA SCENE: How and why did you first get involved with the sanctuary?

CHELSI HEINRICH: It actually started almost exactly five years ago! I was still a student at Keystone College (a proud 2013 alumni now), and Indraloka Animal Sanctuary had a table set up at the school’s annual volunteer fair. I went to the fair to see what was out there. I had just started “coming out of my shell” and felt like I should get more involved in the community. I was thrilled when I found out we had a full-fledged animal sanctuary just over a half hour away! Once I talked to the volunteers working the table, I was sold. I thought, “What a wonderful thing to be a part of!” Unfortunately, my dad had a pretty bad accident shortly after that, and so, for the next few months, I balanced my time between family and school. That following summer (2010), I reached out to Indra about becoming a volunteer. From the moment I set foot on the property, I fell in love with it all… and in turn, my experiences there have changed my life forever.

NS: What is Indralokafest? How did it first come about?

CH: Indralokafest is a music festival in which all proceeds go directly to IAS. The idea was to create an event that was “outside of the box” for the sanctuary – a way for us to reach an entire group of people who had no idea the sanctuary existed. I had appreciated the local music scene ever since I was in grade school, and I thought, “Why not combine that community and the interest of the sanctuary?”

The first thing that came out of it was a small benefit at Duffy’s in Clarks Summit in February 2014. It was a huge success. However, due to the type of venue it was, the bands’ sounds were limited and so was the crowd we could draw. The solution – have it outside! There was born Indralokafest. I envisioned this hippy feeling festival with important underlying value, like Woodstock, where the community could really come together to support its various niches in a safe and peaceful, but pretty much unrestricted way. I knew what I pictured it my head might take years to achieve, but I went for it.

NS: What is different this year? How has the event grown or changed?

CH: The main idea remains the same, and we have some returning bands, but almost everything else is different. We graduated from a one-day festival to two days with camping. Thanks to Chris Castillo, we were able to move to a larger location at the Par Glass House in Shickshinny. We’ve tripled the number of bands to nearly 30, including bands from Philly, New Jersey, and even Washington, D.C. And this year, we actually have local vendors and organizations joining us as well. 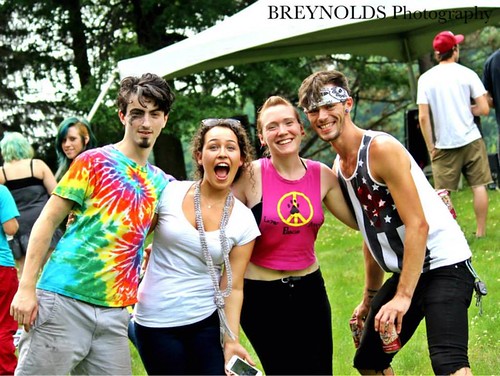 NS: What makes this festival stand out from others in the area?

CH: It has a very “homegrown” feel to it. I hope that no matter how much the event grows, we never lose that feeling. The sense of community, despite knowing each other prior to or not, is also ridiculously strong. I think people come to this event looking for something and leave with a sense of fulfillment – and something to look forward to again.

NS: How did you choose the bands for this year’s event?

CH: First, I approached pretty much all of the bands who played last year. I felt like it was only fair they have the opportunity to be a part of the festival again since they were there when I needed the most help. They were willing to play an unheard-of outdoor festival in some dude’s backyard. I’ll be forever grateful for that. I also reached out to bands who wanted to play last year but weren’t able to. Then it was pretty much a combination of whoever reached out to me first and whoever responded to my reaching out to them. Almost every band who inquired about playing and was able to fit it in their schedule is on the list. We already have a list started for next year with those who couldn’t make it this year due to scheduling conflicts or inquired once we filled all the spots.

CH: Stressful at times. Much easier to do than last year, but it’s still a huge learning experience for me. I’m grateful to be a part of such an awesome community of musicians, artists, and friends who went out of their way to help me throughout the process.

The biggest challenge was definitely finding a location. When I realized that last year’s location wouldn’t work this time around, it was already heading for spring time. So we had a bit of a time crunch, and that made it difficult to confirm pretty much ANY other detail without having a location. But once I was pointed in Chris’ direction, everything else fell into place. The other challenge is dealing with the musical end of things. I don’t know what I’d do if I had to be responsible for ALL of that jazz. I don’t even know the right lingo. All I can tell you is that we have a PA system; anything after that, and I have no idea. Thankfully, last year, Nathan Montella of Skip Monday took care of the musical setup. He’s also the “dude” who let us use his property for the show. Again, this year the person who’s letting use his property is taking care of that end of things. I seem to luck out in that regard. The only other challenge I can think of is that I have to realize I can’t please everybody, although I do my best to try anyway!

NS: It looks like there’s also raffles. What kind of items will be raffled off?

CH: Yes, there are several items up for raffle – all of which were graciously donated to the event. Most of the items are band merchandise from both bands who are playing this year and other local bands who we’ll hopefully get on the list next year. Everyone will receive one free raffle ticket when they make the suggested $10-15 donation at the door. After that, it’s $1 per ticket or $3 for 5 tickets. There will also be opportunities to “win” entries by participating in activities we are running during the event. 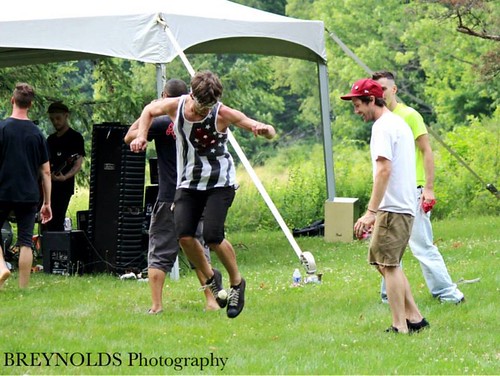 NS: There will be vendors there as well. How will they add to the festival?

CH: Essentially, they add something tangible to the event. That sounds like an obvious answer, but the vendors contribute greatly to our sense of community because of that. They give people something to look at, admire, and possibly purchase – and it’s not just “stuff” with a name tacked onto it. The person who made it is sitting on the other side of the table. They bring part of town out to the woods with us.

As I told Luke Shumko of The Puffy Tongues and vendor of Strings for Things, the event would be nothing without everyone coming together to make it happen. Musicians, artists, organizations, vendors, the rest of the community – it takes all of us to make the best things happen. We’re all linked in one way or another. We all contribute, so it’s important that we support one another and remember that we are all a piece of the puzzle.

NS: How important is Indralokafest to the animal sanctuary?

CH: Well, every single bit of outreach we do has an impact. Our biggest event is definitely Thanksliving, which takes place on site each November. Indralokafest is one of our other bigger events. As I mentioned, it reaches out to a different group of people than we might normally be able to, either because of interest or location, so it’s very important in that aspect. It’s also one of the largest contributing events as far as donations go.

Everything put into making this happen and all that comes out of it will essentially be doubled. We have a donation match going on right now, where every penny spent on putting the event together, every second of time contributed, along with whatever we raise during the event, will be counted towards that match!

NS: What are you most looking forward to about Indralokafest?

CH: I am most looking forward to seeing it all come together. Last year was one of the most rewarding experiences of my life, although my favorite part is being able to spend all of that time with people who mean the most to me and that others get to do the same. I love watching everyone do something they love and share it with the world.

CH: I’d just like to give a super big thank you to everyone who has played a part in making this happen: Indra and all of the volunteers at the sanctuary, the bands, the organizations, the vendors and, most importantly, the people that come out to witness it all! Everyone matters. Thank you. Also, anyone is welcome to schedule a visit to the sanctuary to actually meet all of residents and see what you’re contributing to. You can do so by visiting indraloka.org.

Black Lighter
Final Descent
The Lead Hearts
Grant Williams
Docile Sponge
Your Pal Frank
Fiddy Shades
Death Wish Birdie and the Pigeon Lookout Squad
Magnificent Birds of Prey
Admit Nothing
Standoff!
I Trust You To Kill Me
Silhouette Lies
The Greater Victory
In Your Memory
Pain of Wisdom in a World of Waste

STREAMING: Listen to tracks from every Yardstock 2015 band, Day 1