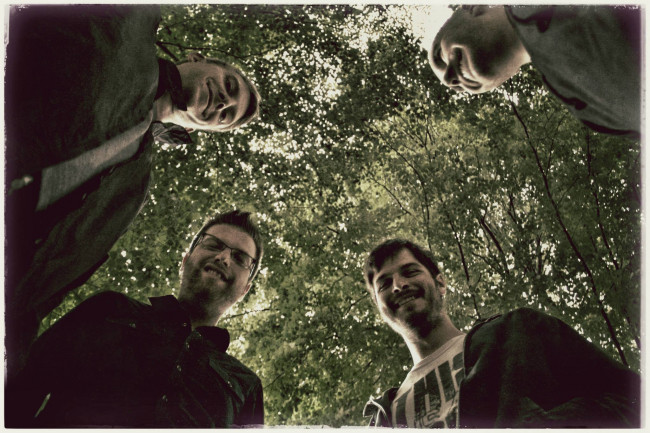 Back in February, NEPA Scene gave our readers an exclusive first listen to an acoustic version of “Dizzy,” a brand new song from A Social State, when vocalist and guitarist Edward Cuozzo visited The Stude for Episode 12 of the NEPA Scene Podcast. Now we’re excited to premiere the finished studio version with the whole band right here on nepascene.com.

Releasing a full-length album, “How to Get to Heaven,” last year, Cuozzo described the stand-alone song “Dizzy” as a “cousin” to the Scranton indie rock group’s upcoming EP, which they plan on recording in September/October with no set release date yet. Stream or download it for free via Bandcamp or SoundCloud:

“‘Dizzy’ was something I wrote the lyrics for when I was questioning how much longer the band was going to sustain itself. I felt like directly after we released ‘How to Get to Heaven,’ I just kind of gave up on writing songs, pushing the band, booking shows – everything,” he explained.

“‘Dizzy’ was the first step I made to get out of my slump of doubting the band’s future and myself as a writer. After this song was written, then many others soon followed, and the band felt recharged.”

Featuring Jon Fletcher on bass, Nick Ogonosky on drums, and Jay Preston on guitar and vocals, the track was recorded at JL Studios in Olyphant, where it was mixed and mastered by Joe Loftus, engineered by Loftus and Preston, and produced by A Social State and Loftus. It also includes backing vocals by Kristen Jordan of Pity Party.

“Kristen from Pity Party absolutely knocked it out of the park with her vocals in the chorus,” Cuozzo added.

“I love her voice, and we were all so thrilled to have her on the song. She fucking killed it.”

My friends left me alone again and they stole my conversation
How they found a better way to seem oblivious
and they laughed right in my face, I felt delirious.

For more on A Social State, read an interview with the band here or listen to Episode 12 of the NEPA Scene Podcast.

Watch Cuozzo perform an acoustic version of “Dizzy” in our exclusive video:

Stream or download the acoustic version for free on iTunes or SoundCloud: