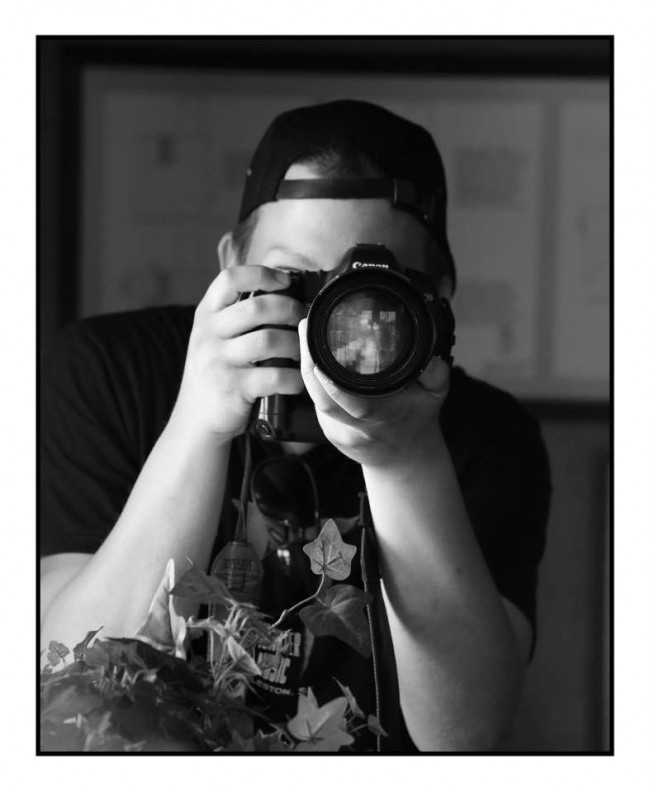 The five Northeastern Pennsylvania artists – four photographers and one cigar box guitar luthier – to share a spotlight with Grammy-nominated “Master of the Telecaster” Bill Kirchen in PocoNotes’ upcoming two-day event, “Faces and Voices 4,” hail from five different counties. Each carries a diverse background. Each possesses a unique style and portfolio. And each traverses his or her own separate journey. But all five have at least one common connection: music.

And all five hope to share that common connection, not only with each other, but with event-goers who will flow through Scranton’s historic Tripp House (1011 N. Main Ave., Scranton) on Sept. 19 and 20.

The weekend “artists-in-residence” event will feature museum-quality exhibits and educational workshops from noon-6 p.m. Saturday and noon-4 p.m. Sunday. One of those exhibits will be an interactive cigar box guitar display by Master Luthier Dave Whetsell of Lackawanna County. A photography roundtable, featuring the expertise of award-winning photographers A. Elizabeth Baumeister of Wyoming County, Chad Casterline of Luzerne County, Brian Hineline of Monroe County, and Alex Seeley of Wayne County, will take place from 1 p.m.-3 p.m. Saturday. Saturday’s events will culminate at 8 p.m. with a concert by Bill Kirchen, who will then return from 1 p.m.-3 p.m. Sunday for a “porch time jam” guitar workshop, welcoming electric guitarists of all skill levels.

For Whetsell of Snikle Cigar Box Guitars, the opportunity to display his handcrafted instruments in last year’s PocoNotes event at the same location was his first time publicly showing his artwork since a 4th grade art fair at Third Ward School back in his hometown of Elkins, West Virginia. (Spell that backwards and you get “Snikle.”)

“I had never considered what I do to be an art form,” he said. “I built my first guitar out of necessity because I wanted to learn how to play a cigar box guitar. The ones that followed were mostly by request or the desire to make better ones. I feel honored to be asked to participate in the event and thrilled that others appreciate the art in my work.”

He said he hopes those who interact with him and his creations during “Faces and Voices 4” will get a taste of the history that comes with the instruments.

“I would like the attendees to walk away from the event with the idea that they learned something new through discovery and observation,” he said. “People are usually surprised when they hear (and play) the cigar box guitar because they might have low expectations and preconceived notions of what they sound like.”

Baumeister, on a similar yet different note, said she hopes attendees will walk away from viewing her photography with a rediscovery of something they already know.

“Anyone who loves music, live music in particular, can remember their first concert experience, their first front-row seats, first autograph, and first time standing in a crowd, closing their eyes for just a moment and becoming one with the music,” she said. “Even if those memories, those feelings, can be brought to the surface for just a split second, I think a worthwhile connection will be made.”

As was the case with Whetsell, Baumeister’s first experience at a PocoNotes event was as an audience member.

“I remember being in awe of the talent displayed on and within those walls and almost coveting the creativity and skill that I saw there,” she said. “When, a couple years later, [co-founder] Dolores [Hippler] asked me to be a part of the next PocoNotes show, I looked over my shoulder to see who she was talking to. I then immediately said ‘yes’ before she could change her mind.”

Casterline had a similar experience. He first met “the folks from PocoNotes” as a new photography student attempting to photograph PocoNotes’ “Faces and Voices” 2013 musician Roy Book Binder at a music festival in Honesdale.

“I was brand new to college and trying to figure out what the heck an ‘F-stop’ was and what direction to spin the shutter speed dial,” he said. “While fumbling around with my camera and trying to figure out what I was doing, Dolores introduced herself. She made mention of a show they were putting together, bringing Hot Tuna to town. (Hot Tuna to Scranton – awesome!) We bought some tickets, and I managed to grow some courage and ask if I could bring a camera along and try to figure out how to use it again.”

Now an accomplished professional often seen among the crowds at local, regional, and national music events, Casterline combines his love of travel with his curiosity about life and his passion for music, resulting in an impressive portfolio of images.

He looks forward to making new friends and hearing their stories during “Faces and Voices 4.”

“Every PocoNotes event I have ever experienced drew nothing but kind, caring, and appreciative folks,” he said. “Everyone that attends experiences something. Whether it is a new appreciation for art, or you caught a guitar lick you have been working on from your favorite musician, the whole thing is an incredible experience. I have gone to concerts, gallery openings, workshops, etc., but PocoNotes events are interactive masterpieces. You get to not only see something, but you become a part of it. People jam with their musical idols and carry on conversation and develop relationships with people who share the same passions as themselves.”

For the past 15 years, Hineline has photographed an average of two to three concerts each week, everywhere from local clubs to regional arenas to national festivals. His work has appeared in publications such as Rolling Stone, Entertainment Weekly, Spin, People, the New York Times, New York Post and the Wall Street Journal. MTV hosted an exhibit of his photographs at its studios in New York City for nearly a year.

But he said “Faces and Voices 4” is unlike any other exhibit he has participated in.

“The merging of a live performance with concert photography is a wonderful idea,” he said. “I look forward to talking with people about the artists in the photos and sharing what made me choose to exhibit those particular photos. Some of my earliest concert photos were taken at PocoNotes events. It is great to be involved in one of their events many years later.”

Hineline aims to capture the raw qualities of live performances in his photography.

“I hope people are able to see something unique about that performer in the photos,” he said. “I like to keep the photos very close to the original image that was captured by the camera, very little enhancement after the fact. I want people who may have been at that show to say, ‘Yeah, I remember that.'”

Seeley also relates with this goal to bring viewers into the actual scenes captured by his lens.

“I hope that attendees will experience a connection to the performers that I depict in my work,” he said. “I hope that they feel just a fraction of the passion and inspiration that I felt when I captured many of these images.”

Seeley appreciates the opportunity to display his artwork in such a tangible way.

“After my images are created, they are often printed in a publication that circulates for a week, or posted on a website or blog that gets views and ‘likes’ on social media,” he said. “After that, the photographs remain on my hard drive. Even though I may scroll through them from time to time, they are forgotten for the most part. Personally, exhibiting my work in this PocoNotes event means that these images will see the light of day again in a format that is much more grand than usual. As an artist, the exhibit validates that the work has merit on its own and can be celebrated long after the events have passed and are no longer topical.”

The exhibits, workshops, and jam session are free and open to the public. Tickets for the all-ages concert are $25 in advance for adults and two for $25 for senior citizens and students; they can be purchased at poconotes.com or 888-800-POCO. There is no charge for children 12 years of age attending with an adult, and members of the military are invited to attend as guests of PocoNotes.

This event is hosted by PocoNotes, which was co-founded by Dolores Hippler and Patrick Harper after their personal experience with the tragedy of Sept. 11. These two “children of the ’60s” made a decision to help their generation fulfill their promise to leave the world in better shape than they found it and are doing their small part by making the world a kinder place through music.

This is PocoNotes’ sixth event at the Tripp House, which is the stunningly-restored landmark whose elegance, historic importance, and architectural beauty provide the perfect backdrop for presenting music that has been influencing artists for decades.

Media sponsors for this event are Highway 81 Revisited, NEPA Scene, WNTI-Public Radio at Centenary College and WVIA-FM. Funding was provided in part by a Lackawanna County Community Arts and Culture Grant, a program of Lackawanna County Commissioners Jim Wansacz, Patrick M. O’Malley, and Edward G. Staback, as well as by the Pennsylvania Council on the Arts, a state agency funded by the Commonwealth of Pennsylvania and the National Endowment for the Arts, a federal agency, which is administered by the Pocono Arts Council.

Read more about Kirchen and the “Faces and Voices 4” programming here.