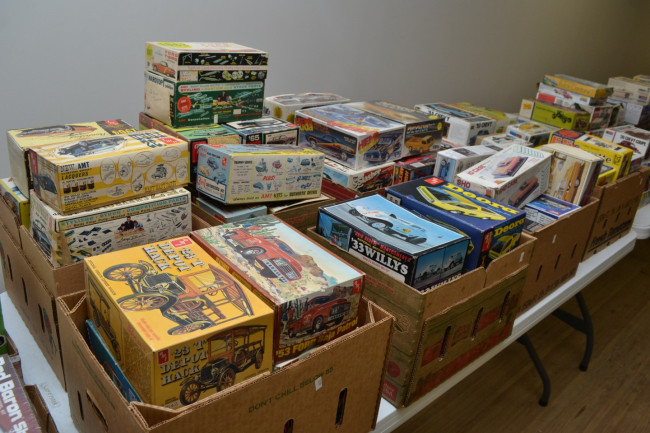 Brainstorming for this column inevitably leaves me with stories, thoughts, and epiphanies that aren’t substantial enough to stand on their own. Hence, this second of many Boxlot Posts in which I offer my miscellaneous conceptual tchotchkes in a virtual cardboard box…

I often get asked, “What’s the coolest thing you’ve ever sold at auction?” This is the equivalent of asking me, “What’s the longest piss you’ve ever taken?” Both questions are irrelevant, because the honest answer is that I just don’t know. I’ve been a full-time auctioneer since 1999. In those 16 years, I’ve handled more than 500,000 items. As of the writing of this paragraph, I have been alive 66,920 days. According to a quick Google search, the average person pees about six times per day. That means I’ve urinated approximately 80,304 times since I was born. Therefore, I’ve sold more stuff than I’ve pissed. So how could I possibly pick out one item that was the absolute coolest thing I’ve ever sold?

Games my brother Carlo and I play at our auction gallery: 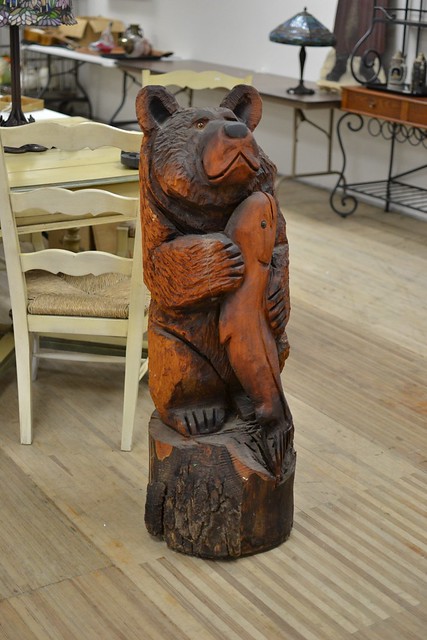 On July 30, this 47-inch carved bear was offered at our auction. The competition for ownership took place between a lady in attendance and a gentleman on the phone. Carlo was selling. I handled the phone bidder, who won the bear for $270. Before Carlo could move to the next lot, the lady who had lost told my brother, “Make sure you tell the guy on the phone that I said, ‘Fuck him!'”

When the sun expands
and gobbles up our planet,
all auctions cancelled.

When did it become expected of an auction company to provide empty boxes and newspapers to its bidders? When I have extra to lay out for my customers, I gladly do so, but locating stacks of empty boxes just to give away can often be a Herculean task, and it’s not so easy to find heaps of old newspapers these days. With that in mind, why would people go to an auction planning to buy fragile items and not bring their own containers and wrapping material? Such presumption and unpreparedness is mindboggling to me. If you’re going to an auction, bring what you need to pack up your winnings. That’s just good sense.

People often say to me, “I want to start collecting something. What holds its value?”
First of all, you shouldn’t collect anything as an investment. You should collect because you appreciate and enjoy the objects you acquire via the act of collecting. But if you really want to hoard things that retain value, the answer is simple and cynical, but true: silver, gold, guns, and ammunition. Why? When the world economy collapses, gold and silver – not worthless pieces of paper – will be the only real money, as it has been since the concept of money was invented. And then, when the apocalypse comes (whether it be World War III, a plague, and/or zombies) and no one cares about gold or silver anymore, the only real currency will be the ammunition for the guns that you now need to survive.