Chippendales strippers ‘Break the Rules’ at the Sands Bethlehem Event Center on Feb. 20

Ladies, it’s going to be a very happy new year as the Chippendales embark on their 2016 “Break the Rules Tour,” which stops for two shows at the Sands Bethlehem Event Center on Saturday, Feb. 20 at 6 p.m. and 10 p.m. The all-new production will turn up the heat on the “girls’ night out” this winter.

The Chippendales have always had their finger on the pulse of women’s entertainment, and now, more than ever, that pulse is throbbing. Their hearts beat a little faster, they scream a little louder, and the Chippendales are changing the party game like never before.

“When women bring their girls’ night parties to a Chippendales show, we want them to feel empowered, like they are stepping into an unencumbered fantasy,” says Chippendales Managing Partner Kevin Denberg.

From bachelorettes to BFFs to birthday girls, party-goers can rest assured that one thing remains the same – the boys next door are still the fresh, fun guys they have come to love and look forward to seeing each year. The Chippendales know how to surprise, delight, and excite with every sexy move they make.

Over the last 35 years, the men of Chippendales have performed for more than 100 million women in over 100 countries. They’ve traveled more than 6.7 million miles while touring, and on that long, hard journey, they have torn off over 1.2 million shirts, worn 56,000 bow ties, and have been photographed more than 70 million times. The number of women who felt they “melted inside” remains incalculable, but it’s definitely a lot. The famous Chippendales calendar became the first all-male calendar targeted to women, selling more than 10 million copies worldwide and printed in over nine languages.

2016 marks the publication of a new Chippendales calendar and a new chance to see them live, in the (exposed) flesh, at the Sands Bethlehem Event Center. 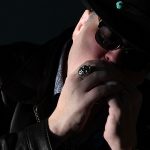 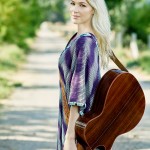