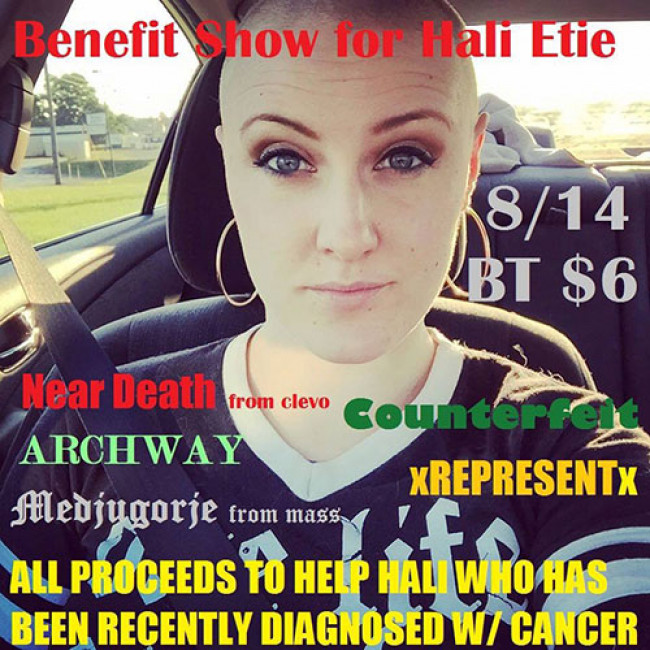 While NEPA Scene typically posts positive arts and entertainment news in Pennsylvania, we felt that a story that has been making international headlines within the last 24 hours was worth noting purely as a cautionary tale for those who organize or support benefit shows and online crowdfunding campaigns to keep in mind. 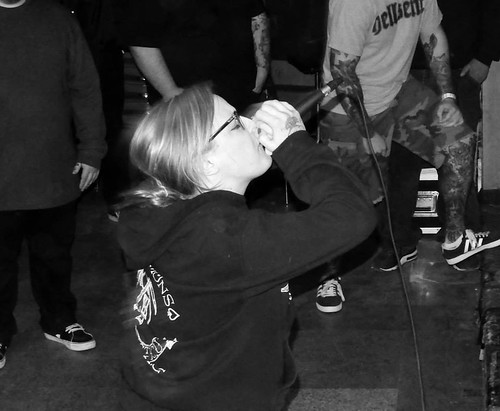 Shaving her head to make it appear as if she was undergoing chemotherapy, Hali Etie ran a GoFundMe campaign online (which has since been taken down) and profited from a benefit show in Detroit last month held by Hardcore Cares, allegedly receiving over $3,000 in donations, according to hardcore and metal news website Lambgoat.

Hardcore Cares addressed the situation on its Facebook page, but later removed the statement:

Concerning the Hali Etie fraud case. Hali Etie front woman for Erie, Pa Band Counterfeit. Hardcore Cares as well as many others was caught up in the fraudulent claims that Hali was suffering through (Stage3 / Type B / Cervical Cancer). Hali and Counterfeit have been a mainstay with HCC from early on. We had no reason not to believe the claims were in fact true. Even after a private message from a concerned individual that he claims were false we backed her and supported her. Hardcore Cares started backing her claims of cancer on July 15th 2015. We did put together a benefit show for her, customized Tshirts and shared the gofundme.com link religiously. about a week prior to the benefit show we started to see cracks in the story. Things just were not adding up. But she still had the support of key people close to her, so based on that and her presence in HCC we motored on. It was after seeing a post on Sunday September 6 that all the facts came together and her story crumbled. All the gut instincts and cracks were true. We at Hardcore Cares were devastated. Here is a woman we had great respect for on a musical and personal level that had used us like so many others throughout this escapade. We absolutely send out our sincerest thanks to all that donated their time at Hali’s benefit “Throwdown In Motown” on August 15. Corktown Tavern donated the venue, Leslie made from scratch cupcakes to sell, volunteers to BBQ, 5 bands CST, Death In Custody, Consumed With Hatred, Never Submit, and The Family. The outstanding staff at Corktown Tavern that always supports HCC and had an even deeper love for this event.

In closing: Hardcore Cares will not seek any legal action against Hali Etie. We will not spend anymore time, energy, or resource on this matter. We still have a great amount of respect for the 3 other members of Counterfeit. Let it be known that the existing members are in NO WAY a part of the fraud. Our heart & respect go out to all that gave, donated and backed Hali in her time of need. This will not be the straw that breaks the camel’s back for HCC. We will continue our mission, we will continue to grow and we will continue to give when and where we can.

The organization then explained why the original post was removed:

I made a decision to take the post down, we made our point & it was well saturated with feedback.

TO BE CLEAR: We at Hardcore Cares are NOT & DO NOT condone Violence. Hali Etie needs to held accountable for her actions. We also understand that many people were affected by her actions. But we will not advocate any violence against Hali The comments got way off track & as a result of that we decided to pull the post. We thank everyone for their support in this matter. It is our sincere hope that Hali is held accountable & that everyone affected is repaid for their kindness. 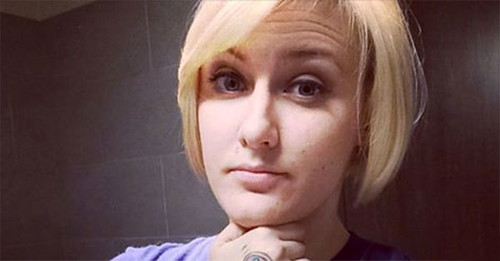 They have since noted that they may press charges against Etie, who hasn’t been reached for comment since the news broke. Her ex-bandmates have allegedly denounced the singer’s actions, but they have not made any official statement yet.

Though benefit concerts and crowdfunding have become essential to any music scene, this incident proves that proper research and attentiveness should be exercised by all participants involved. Unfortunately, some people just aren’t as generous and thoughtful as hardcore fans and musicians have proven to be again and again.