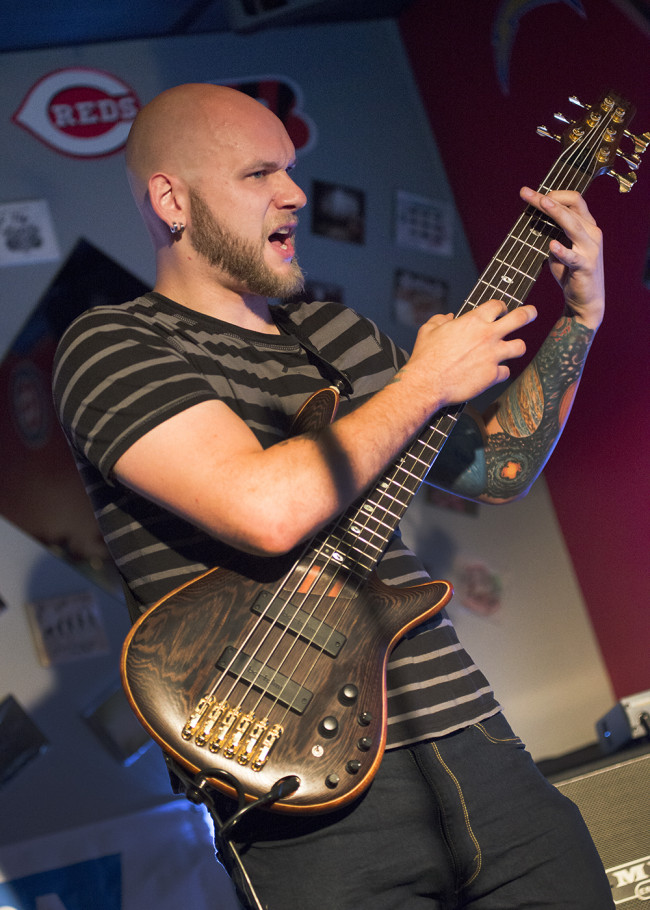 Every week of NEPA Scene’s Got Talent, our free open mic and talent competition at Thirst T’s Bar & Grill in Olyphant, we feature a quick Q&A with the latest audience vote winner, which was solo bassist Grant Williams on Sept. 1.

We asked Williams, a 28-year-old Scranton resident, about winning Week 1 with his original bass compositions.

NEPA SCENE: You were a weekly winner and finalist in Season 1 of NEPA Scene’s Got Talent. What brought you back for Season 2?

GRANT WILLIAMS: Really had fun during Season 1. Returning was an easy choice.

NS: What was your experience participating in Season 1 like?

GW: I used Season 1 of the event to “get on my feet” musically and find my voice in this new avenue. I think many artists that I shared the stage with were doing the same. It’ll be interesting to see them all back for Season 2.

GW: I picked up the bass 10 years ago, and I remain just as hooked as day one. It’s just the coolest instrument to me. I played in a lot of rock and metal bands throughout the years and recently started writing and performing these solo bass compositions.

NS: What are you working on currently?

GW: I want to put out a music video to accompany every song I write. After releasing the first one, “A Single Step,” I got a lot of attention and work from it. A good problem to have, but it prevented me from releasing the second one as quickly as I wanted to. Now that the dust has settled, I’m in contact with several videographers to produce more.

NS: What are your goals as an artist? What do you want audiences to take away from your work?

GW: That’s a damn good question. I guess I just want to create something I’m proud of, something people can relate to. Since I don’t have lyrics, I try to give a background on some of the songs and their meanings. It’s nice to hear someone come up after a performance and say that they related with the music.

NS: What was your reaction when you won the audience vote last week?

NS: What will you be performing for your headlining set this week?

GW: I’ve been hammering out a new one over the past two weeks. It should be finished in time for the show. Hopefully a second new one will fall out of the sky and I can do a whole new set.

GW: Same as Season 1. Being a part of all those people and watching them do what they love? Find me a better hobby/profession.

GW: I truly think the scene here is great. On any given weekend, you can find an amazingly talented group of musicians who will put on a wonderful show. But there are two big problems here – one is dedication. Success in music (or anything) takes years. It takes your full attention and heart, and I notice a lot of people who don’t dedicate the necessary time to it rarely stumble upon success. A lot of them get frustrated fast. They start to give up, and turn into the second problem we have – haters. A lot of the people who bitch about the scene being “dead” or “not what it used to be” are doing only that – bitching. Put down your keyboard and pick up your instrument. The scene is great to people who don’t fight it.

GW: I’ll be at the Irish Wolf Pub in Scranton on Sept. 19 with drummer Chris Langan for the Electric City Music Conference.