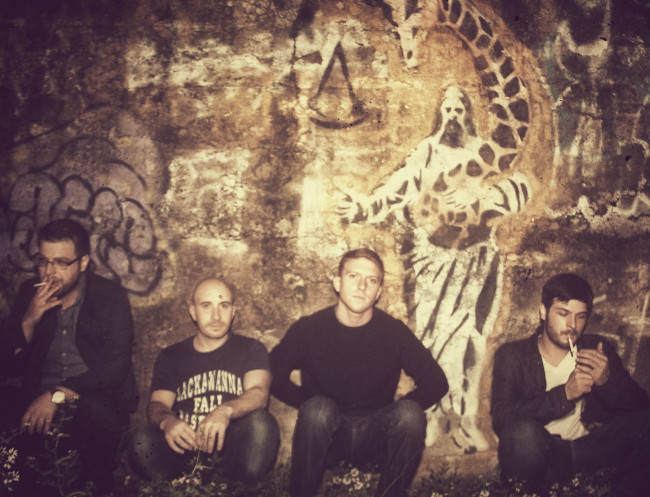 Formed during a jam session in late 2008 in the basement of a salon on Penn Avenue in Scranton, A Social State emerged as one of the most talented and respected bands in the Northeastern Pennsylvania music scene.

Their artistry reached new heights just one year ago with the release of their second full-length album, “How to Get to Heaven,” and with the premiere of a new song, “Dizzy,” on NEPA Scene last month and plans to enter the studio to record their next EP, it seemed the group was ready to climb even higher.

“‘Dizzy’ was something I wrote the lyrics for when I was questioning how much longer the band was going to sustain itself. I felt like directly after we released ‘How to Get to Heaven,’ I just kind of gave up on writing songs, pushing the band, booking shows – everything,” vocalist and guitarist Edward Cuozzo told NEPA Scene in August.

“‘Dizzy’ was the first step I made to get out of my slump of doubting the band’s future and myself as a writer. After this song was written, then many others soon followed, and the band felt recharged.”

I know we’ve been rather quiet for a while now, but It’s only because life behind the scenes has been pretty crazy. Either way – This is without a doubt one of the hardest things we’ve ever had to do, and I’m sorry in advanced for how long, sappy, and over dramatic this is all going to be. First off, I want to let you all know how much we’ve truly appreciated all of your love and support over the past six years. Whether you were a casual fan, a supportive family member, a close friend, a super fan, or even if you didn’t like our band, but had to tough out one, or more of our live sets just to see one of the other local bands – We LOVE YOU all so much. To all the amazing people who ever spent a dime on us to catch a live performance, buy a record, buy a shirt, etc…..

We’re so honored that you would take your own hard earned money and give it to four guys in their late 20’s who were trying to make this band somewhat of a self sufficient entity. We would like to thank all of the current, and now closed local venues, all of the bars, and art spaces, vfw’s, churches, all of the promoters, EVERYONE – for always giving us the benefit of the doubt, and letting us play some really amazing shows over the past six years – All of you keep the NEPA music scene alive, and we thank you so much for including us along the way.

I don’t know what will happen to A Social State in the future – maybe somewhere down the road we’ll pick up where we left off and make another record, or EP, or maybe not – All that I can say for certain as of right now, and the foreseeable future is that the band needs to be put on a hold. My brothers – Nick, Jay, and Jon will continue playing in Esta Coda , so be sure to support, and love them unconditionally. They are one of the very best local acts Scranton has to offer, and I know great things are on the horizon for them. I will also without a doubt continue to write and record my own music when time allows for it to happen. Maybe a little solo record? I don’t know. But, we do still have a few shows coming up, and we’re absolutely going to follow through with all of our current engagements.

We are also working on setting up one last A.S.S. show, and as soon as it’s set in stone – You will know about it.

I just one last time want to thank all of you from the bottom of my heart for everything over the years. You’ve been like a second family to us. We’ve met so many wonderful people along the way, and we’ve made long lasting friendships that we would have never made if not for this wonderful music scene of ours. You gave us a home, you made us feel wanted, and supported us always – I can’t thank you enough. Love you all.

so much love, so much respect.
-Ed Cuozzo/A Social State

As longtime supporters of A Social State, NEPA Scene wishes everyone in the band the best in their future endeavors, and we’ll hold out hope that this isn’t the last we’ve seen from one of the best indie rock groups to ever come out of the local scene.

For more on A Social State, read NEPA Scene’s in-depth interview with them here or listen to Episode 12 of the NEPA Scene Podcast.

Stream or download what may be their final song, “Dizzy,” for free via Bandcamp or SoundCloud:

Watch Cuozzo perform an acoustic version of “Dizzy” in our exclusive video:

Stream or download the acoustic version for free on iTunes or SoundCloud: