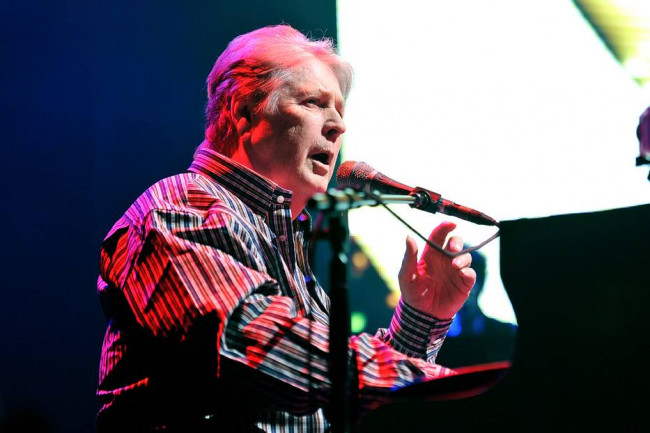 As any diehard Beach Boys fan could imagine, I was more than elated to hear a fair share of live classic Beach Boys this weekend.

My first stop was to see Brian Wilson and Friends at the Tropicana Casino & Resort in Atlantic City on Saturday, Oct. 24. The venue was the smallest one on the whole tour, seating just under 2,000. Opening with “Heroes and Villains” off the “Smile” album, Wilson and his massive band had the crowd’s attention. Sharing the majority of vocal duties was fellow founding Beach Boy Al Jardine and his son, Matt Jardine, who flawlessly covered all of the late Carl Wilson’s parts. The set was mostly Beach Boys songs, which included its fair share of both B-sides and the hits.

Although hearing Brian Wilson sing is always a great experience, sadly, I couldn’t help but feel sorry for him. He seemed very out of it, and you could easily tell he was not in the right frame of mind to be on stage, nor enjoying himself. He honestly seemed like he was more on display as opposed to performing. He was also directed how to get on and off stage and only addressed the crowd briefly twice.

As for Al Jardine and son Matt, they sounded incredible. Al handled the majority of the vocal duties throughout the night, as opposed to Brian. Wilson’s strong points were hits like “Surfer Girl” and “In My Room,” as well as his new single from his album “No Pier Pressure,” “One Kind of Love,” which was also featured in the 2014 movie “Love & Mercy.” The show certainly seemed more like Al Jardine’s show than Wilson’s, as Brian only sang seven of the 30 songs in the hour and 40-minute setlist.

Blondie Chaplin, who has toured and recorded with both The Beach Boys and The Rolling Stones, joined the band for five songs and was quite the showman. Wilson closed the night out with the title track to his biopic, “Love & Mercy.” Although he flubbed the lyrics in the first verse, it was still quite the pleasure to see live, as it was just Brian and his piano with a few backup vocal harmonies. Al Jardine’s talents were really on display more than anyone else the entire night. The show was fun, but I did not leave with that “feel-good Beach Boys feeling” I usually have after listening to them, whether live or in my car.

My wife and I traveled home from Atlantic City the following day, just to go right to the F.M. Kirby Center in Wilkes-Barre to see Mike Love and Bruce Johnston’s Beach Boys touring show. There is really no comparison between their show and Wilson’s. The Beach Boys who played the Kirby Center on Sunday night really made me feel much more like I was at a Beach Boys concert. For being in their mid-70s, Mike and Bruce had nonstop energy, bellowing through two sets of 43 songs; there was not one Beach Boys hit that was left off the setlist.

The band they have compiled was also incredible. Long considered a Beach Boy himself since joining in 1981,guitarist Jeff Foskett handled the high falsetto vocal parts, formally handled by Carl Wilson, who passed away in 1998. Recently leaving Brian Wilson’s live band to join up with the current Beach Boys lineup, Jeff sang a few on his own as well. This man’s talent is unmeasurable.

Love joked with the crowd and interacted the entire night, and drummer John Cowsill is also quite the showman. He really channeled the energetic drumming style of Dennis Wilson, who drowned in 1983. Cowsill also drummed for Tommy Tutone and recorded the drums on their smash hit “867-5309/Jenny.”

Although the entire night was filled with stand-out songs, the key tunes that come to mind are “God Only Knows,” which featured a vocal and video track of Carl Wilson singing the song, “Don’t Worry Baby,” “Good Vibrations,” and my personal favorite, “Surfer Girl.” The 43-song set wrapped up two and a half hours later with the hits “Kokomo” and “Fun, Fun, Fun,” which had the entire audience on its feet, singing and clapping. It was even more of a pleasure to be able to meet and interact with them after the show. They were all extremely humble people, taking pictures with my wife and I, mother, and step-father and also signing our records.

If you are a Beach Boys fan and wondering which tour you should attend, I have to say that The Beach Boys with Love and Johnston certainly take the victory. It’s overall a much more interactive and entertaining experience than what Brian Wilson and Friends put on. Everyone on stage playing with The Beach Boys seemed to love what they were doing; it felt more like The Beach Boys of old. Brian Wilson seemed just like he was going through the motions. As much as I love and respect Brian as one of America’s best songwriters of all time, sadly, I don’t think touring is something that is in his best personal interest, and he has nothing to prove to anyone after all his accomplishments and mental health issues and tragedies he has been through.

The bottom line is, if you want the most “Beach Boys-esque” experience, go see The Beach Boys. The showmanship is incredible, and you will certainly hear more of the songs you are accustomed to hearing from them, along with getting the most bang for your buck. Again, not taking anything away from the Brian Wilson’s tour, but The Beach Boys’ show certainly takes the cake in my mind, delivering that carefree summer feeling even in the middle of fall.