Blake Shelton, the reigning five-time CMA Male Vocalist of the Year and coach of NBC’s hit show “The Voice,” will hit the road in February 2016 with special guest Chris Janson.

“Man, I’m just so excited about 2016,” says Shelton. “We’ve got a new album coming, and I can’t wait to get back out on the road and play some new music for my fans. As an artist, my favorite thing to do is go on the road and play shows. I’ve missed it, and it’s gonna be like old times. So y’all get ready to party, ‘cause Blake Shelton is comin’ to see ya!”

Blake Shelton’s tour is presented by Gildan. “We’re excited to be part of this tour,” said Eric Lehman, president of Gildan Branded Apparel. “As a leading brand of family apparel in the U.S., Gildan knows a thing or two about bringing you all-time favorites! We look forward to Blake’s fans enjoying the concerts, creating some new memories, and buying a new favorite concert tee!”

Shelton is the hugely popular coach on the top-rated television music competition show “The Voice,” where singers he’s mentored have won three of six seasons. He is the reigning CMA Male Vocalist of the Year. He’s the charismatic live entertainer performing to packed houses in arenas, amphitheaters, and stadiums across the country.

But the one overriding facet of who Shelton is led him down a path that made all these other designations possible – he is a country music singer.

Shelton is in a league of his own among contemporary country artists as a top-shelf interpreter of true country music songs, and Shelton’s 11th studio album, “Bringing Back the Sunshine,” marks a return to showcasing that talent with an album that sonically represents the best contemporary country has to offer, yet feels like the classic cuts served up by the heroes that inspired Shelton as young boy in Ada, Oklahoma some 30 years ago. It’s a journey that includes a CMA Entertainer of the Year trophy, three RIAA-certified platinum albums, five RIAA-certified gold albums, 17 total No. 1 country singles, 7.6 million albums and 22.8 million singles sold, and a four-year run as reigning CMA Male Vocalist of the Year.

“Gonna” is Shelton’s latest single and is a bonus track featured on his forthcoming album “Reloaded: 20 No. 1 Hits,” which will be available on Friday, Oct. 23. 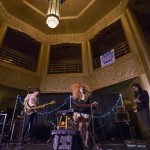