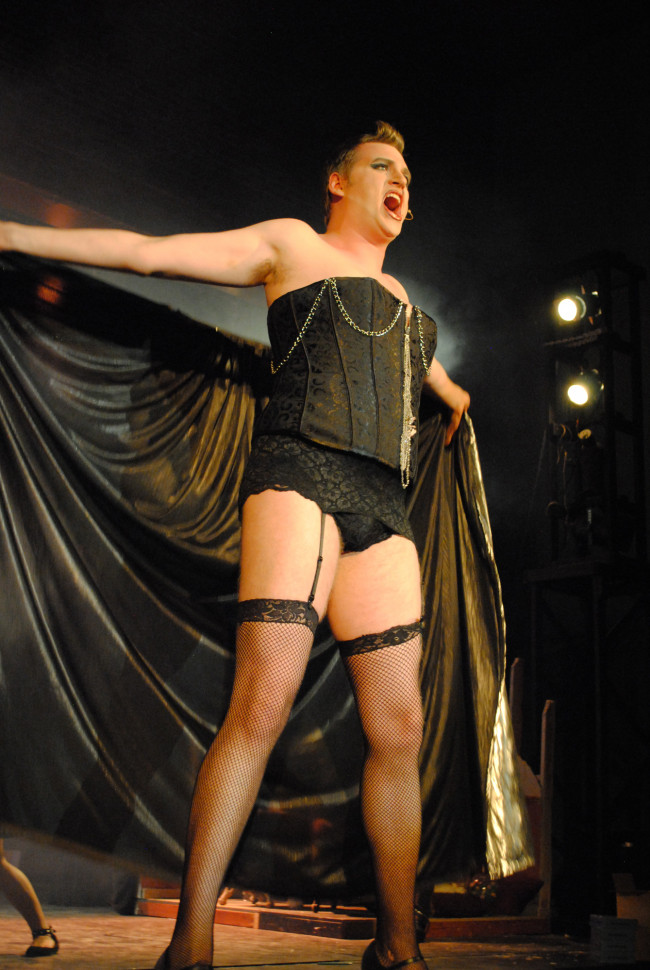 “The Rocky Horror Show” has many memorable characters, but everyone knows who’s in charge here.

With all the confidence and sass of a drag queen, combined with the selfish evil of a supervillain, Dr. Frank N. Furter dominates the stage – among other things – and the audience is as spellbound by his power as the clueless couple that stumbles upon his castle one fateful night.

It takes a special kind of creature to fill the fishnets and high heels of Tim Curry, who made the role infamous in the 1975 film version, and Mike Wawrzynek is clearly among the chosen few who can pull it off.

Towering over his castmates in platform stilettos and sporting makeup and a fancy black corset like it’s a second skin, he seems undaunted by the challenge of inhabiting the sweetest transvestite of them all in Little Theatre of Wilkes-Barre’s production this weekend. 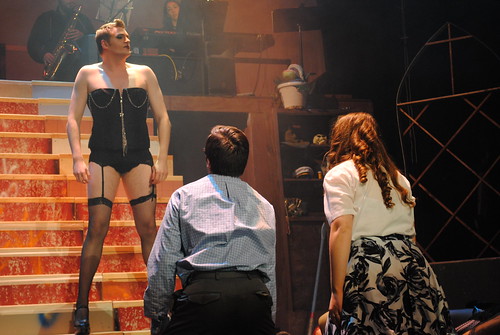 “At first, it definitely was [daunting] because there is this whole sort of build-up – ‘You need to be Tim Curry or be better than him! Nobody can beat him!’ I think it’s just a matter of taking your own twist to it and investing yourself completely,” Wawrzynek said of the part after a dress rehearsal of the show on Oct. 28.

“There’s just something extremely cathartic about playing the character. When I don the heels and the fishnets and corset, for whatever reason, I become a different person. I don’t even worry about it anymore. Everything takes over. Being Frank, it’s an enigma, really. He is a force of nature, and it just comes through.”

While he’s only 23, the Kingston resident has already become Frank numerous times, the first during his sophomore year of college in a shadow cast with the film playing behind him.

“This has always been the role. It’s one of those dream roles, for whatever reason. It’s not a Stanley Kowalski from ‘A Streetcar Named Desire’ role, it’s not super three-dimensional, but it’s just that iconic, infamous role you just have to be a part of,” he emphasized.

“I haven’t watched the movie since… it’s been a couple years now. Because once I get a role, I try not to look at any other variations of it if I can. I don’t like to steal. I prefer to make it as organic as possible, use a script.” He stops himself and laughs, thinking about the oftentimes absurd script. 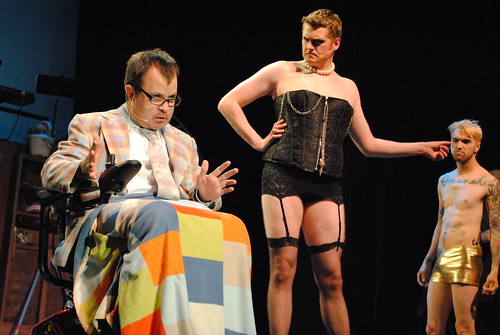 “This script it’s… there’s not much to work with. It’s very difficult, but once again, it’s just one of those things. You put on the fishnets, the heels, and it just sort of channels through. The sort of deep voice comes through and the British accent; I just gets swept away. I don’t want to say that I don’t have a process for it, but I just dive into it. It happens. It’s the one role where it just happens.”

Little Theatre of Wilkes-Barre’s first time producing “Rocky Horror” last year was also the first time Wawrzynek played the mad doctor in earnest, stepping out from the shadow cast and into the spotlight. In 2015, on the 40th anniversary of the debut of “The Rocky Horror Picture Show” in theaters, his take is a bit different as he becomes increasingly fearless.

“This year, I call this fierce Frank. Last year was sort of trashy Frank, but I’m trying to bring a little bit of a fierceness – not necessarily a more feminine feel to it, but just a little more confident and in charge overall. With the production itself, the set’s a little bit different, so that changes it, and just the overall feel remains the same,” he explained.

“I’d like to think he’s me if I throw away all my dignity. He really is an extension of myself in terms of… well, I have to be careful with what I say,” he pauses again and laughs.

“I mean, I do feel like Frank is a part of me. He has characteristics of my movements, the stuff that comes out of my mouth sometimes. It’s me without any inhibitions. I can just go out there, let it all go, and be accepted by the audience. They eat it up. They love it. They bite back. It’s just a free-for-all.” 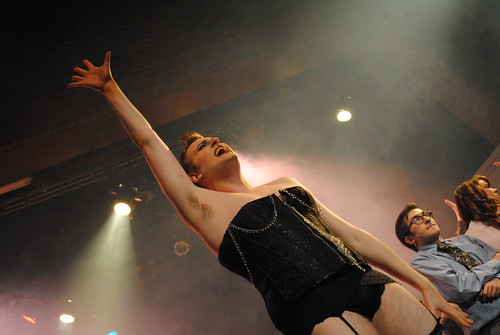 With the cadence and overall presence of Frank still present in his voice long after practice is over, it’s difficult to imagine that, as a teenager, he resembled Brad Majors much more than the main antagonist.

“I discovered it in high school. We went to a midnight showing. I was dressed in a polo and khakis, and once I looked around, I said, ‘Look at all these people with these costumes and weird things. What am I getting myself into?’ After I saw that movie the first time, it just sort of stuck with me. It became one of those things that I just wanted to be a part of,” Wawrzynek recalled.

“It was fun. It took a while for it to take effect, but it did overall affect me, so much that I wanted to be a part of it.”

Now that he is, there’s no stopping him, especially once a wild midnight crowd emboldens him.
“As the show goes on, if somebody shouts something to me, I’ll shout right back or do something silly back if I think of it on the spot. There’s tons of props and weird stuff back there. If I see it, I’ll pick it up and bring it on stage,” he stated confidently.

“That’s the best part, when people shout. I love it. Try to make me break. You can’t do it.

“I usually break myself.”