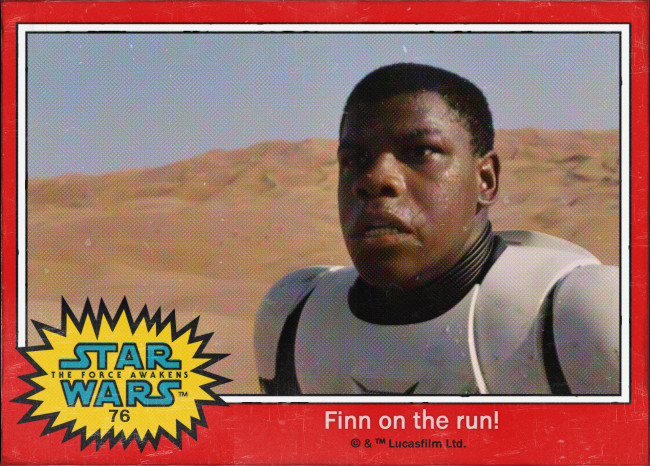 You know that feeling when one of your Facebook friends shares a fake or completely inaccurate article, along with their very real reaction, and you question why you’re even friends with this gullible dope in the first place? As a journalist, that feeling is a million times worse, especially when those articles are written by our colleagues.

In this job, I know how great a feeling it is when you get to “break” a story, but that term seems to have different meaning now in the world of social media trends and hashtags – it’s actually breaking the news.

Practically anyone can tell a story, but it’s a reporter’s job to tell stories accurately, which can be a difficult task when a story is still developing. In the rush to be the first (or at least one of the first) to report something, any and all tidbits released become “facts” within seconds – post first, ask questions later. You could say that this is just a sign of the times, but the result is not only a loss of integrity on their part, but the spread of misinformation to the public that goes largely uncorrected. Once something it is reported by a major news organization, many assume it is a fact that is backed by numerous vetted sources, but those organizations are in the same rat race for ratings and web traffic as everyone else, so if something is trending and gaining attention, it’s revenue they’re worried about, not credibility.

Case in point – #BoycottStarWarsVII. Last week, this hashtag was started on Twitter by a few Internet trolls who thought it would be funny to make everyone believe that racists were boycotting the new “Star Wars” film because all the main characters aren’t white. One tweet that was continually quoted in the ongoing coverage of this non-story claimed the movies were promoting “white genocide” – that should have been a red flag, not a headline. Racists are stupid, sure, but a statement that ridiculous should have been a sign that this was concocted as a joke, yet every news channel and website was already in pundit outrage mode at this point, never once noting that anyone, with any intention, can create a Twitter account and simply type anything. What they did note, however, was that most people using the hashtag were against any racist remarks, so even if these people were serious, why are we letting a marginal number of Twitter users control a national conversation?

I’m sure, mixed within the millions of tweets, there were some genuinely racist remarks from genuinely racist idiots, but in the end, this was trending because people were taking it seriously, not because the KKK was recruiting Stormtroopers. News sources, if anything, should have been the first to debunk it, not comment on largely fabricated statements and fuel the fire. I won’t say that nothing that is trending is worth reporting, as major movements have grown out of hashtags, but I can say with confidence that not every hashtag deserves a news cycle, especially before it’s been observed for more than a few hours.

It’s hard not to lose faith in humanity when scrolling through the comment section at the bottom of almost any news article; it seems that some people can turn anything into a racist or sexist tirade – even positive stories – and they often spend hours going back and forth with anyone who doesn’t share their outrageous and unfounded opinions. Keep in mind, though, that some are just trolls looking for attention or to rile people up, so eliminating them from the equation, is this small sampling really a proper barometer for how we all feel? These people may claim to represent views shared by many, yet out of the billions of people who populate the Earth, only the same dozen or so seem to have the time or energy to argue and spread hate in comment sections. We can’t let people like this twist our view of the rest of the world, and we can’t let their hashtags become newsworthy because, frankly, they’re not.

What knowledge did we all gain from all these reports on #BoycottStarWarsVII? What valuable lessons were learned about racism in 2015? That racists still exist? That anonymous online forums like 4chan contain trolls who are more annoying than Jawas? I realize we live in an age where celebrity gossip and viral videos take precedence over actual news that affects our daily lives, but this is truly scraping the bottom of the R2 unit considering how many real stories were ignored to grant this one airtime. It’s like promising R2-D2 and delivering R5-D4 instead, and if you get that reference, you still have more of a life than these trolls. Even if this whole thing was real, why was this news?

Is it worthwhile to discuss diversity and multiculturalism in a film that includes countless alien species hailing from many different planets? Of course, but not on the 6 o’clock news, when we should be talking about actual discoveries from Mars expeditions. Save that stuff for the entertainment websites and columns like these, and even then, those journalists should be held to the same standards. Instead of consulting authors or activists on issues of racism, we’re letting meme-generating trolls craft our articles for us? I realize these stories are produced as quickly as the hashtags that inspire them, but being first doesn’t mean being right, and in this case, it resulted in lies distorting the public’s view of “Star Wars,” a beloved franchise that is supposed to take us away from all our real-life problems for at least a few hours, not drudge them up.

My philosophy with NEPA Scene has always been that exclusives are great when we get them, but with so many media sources in Northeastern Pennsylvania with much bigger budgets than us, our real advantage is in being able to tell and present stories better, not simply first. That builds trust and respect with readers, and as a writer, it allows me to challenge myself to go above and beyond and create the best work I can produce. Even with this very column, I typically let my topic marinate for a week or so before I comment on it so all the facts can come out and develop before I discuss them at length. I realize that not every journalist has that luxury with deadlines and all, but I’d much rather be working on my next article than a retraction. If any kind of boycott should be encouraged, it should be one of any “news” source who wasted our time with this hashtag nonsense.

Now, onto this Kylo Ren is really Luke Skywalker theory…