I’m a weird dude, and while I don’t have the time or the patience to list all my weirdness, one of my calling card personal issues is avoiding breweries based off their name. I know, total idiot shit, but I’m me, so whatever.

Anyway, I really hate pomp and circumstance when it comes to beer, so combine that with the aforementioned idiosyncrasy of name judging and I really get annoyed when a brewery has “artisan” or “artisanal” in their name; I just can’t get the thought of a handlebar mustached, waif-thin kid in skinny jeans that haven’t been washed since before he was born in a lumberjack shirt smoking a pipe while riding a fixed-gear bicycle that has The Avett Brothers blasting out of his vinyl boombox that has been attached to said bike with locally sourced leather harvested from free range muskrats. 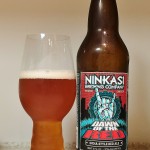 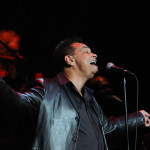