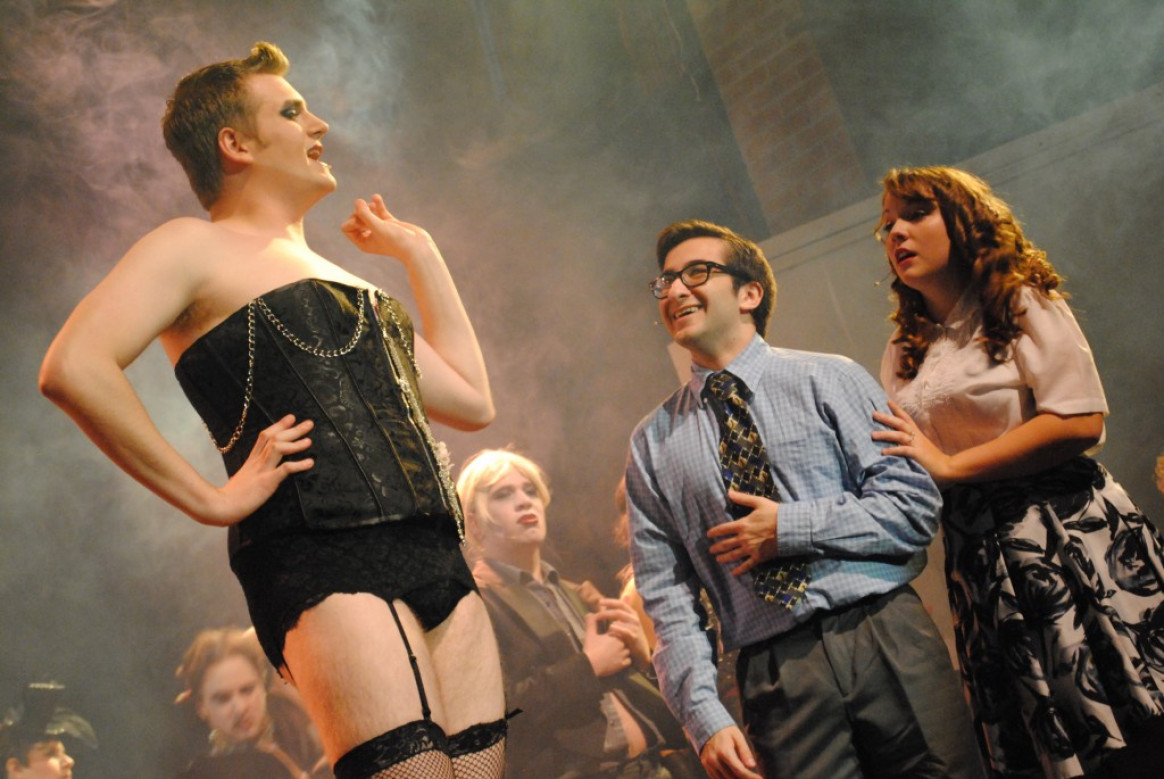 It was a dark and stormy Wednesday night, not unlike the rainstorm that Brad and Janet endured as they stumbled upon a mysterious castle, setting the mood perfectly for a late-night “Rocky Horror Show” dress rehearsal at the Little Theatre of Wilkes-Barre.

After about a month of meetings and practices, the show is in as good shape as Rocky himself, with all the kinks worked out… or in this case, the kinks worked in. Tom Franko, who served as the coordinator of last year’s production, is directing this year, shouting insults and jabs at the cast, who give it right back to him and take it in high-heeled stride. That’s not his directing style, though – he’s also the audience plant tonight, mimicking the callback lines and preparing the performers for anything that can – and will – happen this weekend.

“It’s much more entertaining to me than the film, and nothing against the film – it’s lasted 40 years,” Franko said of the play, which premieres tonight at 8 p.m. and runs through Sunday, Nov. 1.

“I look at the live version and it allows you to see talent. It allows you to see something different every time. Every show last year was different. Every show this year is going to be different, based upon how they respond to what people say. The movie is always the same no matter what it is. You don’t have that camaraderie that you have with people here.”

The crew’s vision for the show also changed for Little Theatre’s second time producing the cult classic by Richard O’Brien. 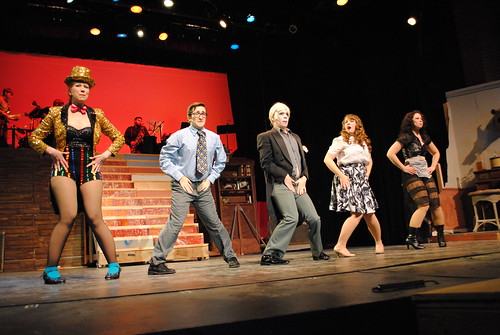 “I guess you could say our vision is a little bit more steampunk in how our costuming is. We’re not going to go as revealing as last year. We’re also going with a lot more abstract set, sort of a Tim Burton-ish type atmosphere versus last year, where we had a very well-done castle set,” Franko explained.

“It’s also more conservative, as far as ‘Rocky’ can be. I mean, we’ve got a gimp up there for God’s sake.”

Moreover, the 27-year-old director from Shavertown insisted that any returning cast members undergo transformations of their own, much like their onstage counterparts.

“We had character building rehearsals, where we just sat for two hours and discussed, ‘Who is this person? Why are they here? What’s their relationship with this one or that one?’ Eventually, we put all nine leads together and they shared their stories and they hashed out all the differences between each other – now they’re all one cohesive story. And the same with the ensemble – all the ensemble members had their own character time. We sat down, just the ensemble, for two hours and we worked out, ‘Are you human? Are you alien? How did you come here? Why are you following Frank?’”

“We’re not just some random person in the background dancing,” Mary Claire, a member of the cast, affirmed. 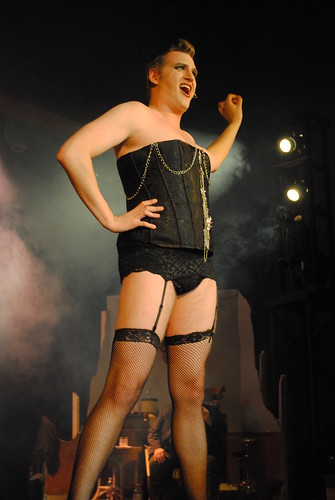 “Each of us has been developing a character, and we all have a specific reason we’re here, how we got there, and we try even in the rehearsals to be that character.”

Claire, 21, of Wilkes-Barre loved acting, but was away from it for four years before joining “Rocky Horror” as an usherette who sings “Science Fiction/Double Feature” at the beginning of the show.

“We have a lot of fun with the audience and try to get everybody pretty pumped up, so I really just try to have as much fun with it as possible. I’m also in the ensemble, so it’s very similar role in the ensemble. We’re all like a big living, breathing organism, a part of Frank, which is cool. It’s really just about having fun. That’s why I’m here,” she continued.

“I’ve loved ‘Rocky Horror’ since early high school; I was obsessed with it. I always wanted to do a live performance of ‘Rocky Horror,’ so this is just a dream come true for me to be in it and doing something I love again.”

For Maureen Hozempa, last year was her first real experience with “Rocky Horror,” playing the colorful Columbia, and after “a series of unfortunate events” beyond anyone’s control, she ended up reprising her role this year just two weeks before the premiere on top of her duties as a first-time choreographer. Luckily, the 30-year-old Dallas resident found that it was easy to slip back into the sequins.

“It’s not really hard because I feel like Columbia and I are kind of like the same person, except she’s a littler crazier, I guess. I think I just identify with her personality and her quirks a lot,” Hozempa acknowledged.

“I feel like she’s more extreme this year. I feel like I’m doing a little bit more with her energy-wise, the moments that we have that are kind of our own moments. I’m just finding more Columbia-isms.
“I try to do her pretty close to the movie version just because the costume is the same, the makeup is the same. We feel that Columbia is one of those iconic characters that people expect to see a certain way, and we want to give them what they’re expecting – in her case.”

In other cases, there will be surprises, like the gender-swapping of one iconic role and the use of shadows in some cheeky moments in the opening of the second act. While not typically “a dance-heavy show,” Hozempa also found the time to visually “liven things up” in her choreography.

“I insisted that I get feather fans, and they’re really expensive to buy, so here I am with partially-made feather fans that I’m going to work on all night,” she said with a laugh, her hands full of plumage.

“It’s a new experience for anyone who has seen the show.” 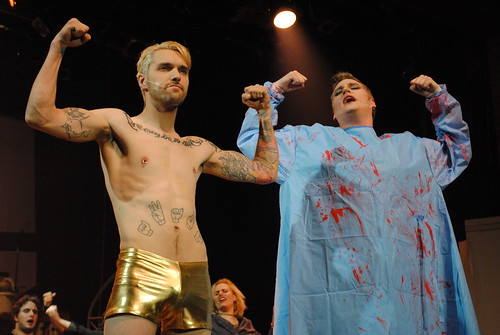 “You also have people up there that are willing to interact with you, and I think that’s going to make it different. A lot of these guys will give it right back to you, especially Frank N. Furter. A lot of what he does is improv; he just kind of gets into a zone and goes with it.”

Not only is participation encouraged, it’s expected. Costumes and props are welcome, and prop bags will be on sale for $5 for those who don’t want to track down every item on their own. Though once the “Time Warp” kicks in, those pelvis thrusts may truly drive the crowd insane, particularly during the special midnight showing on Halloween night.

“Last year, at the end of the ‘Time Warp,’ there were patrons onstage. We’re like, ‘Oh, OK, there’s a random man in my spot. That’s good,’” Hozempa noted, laughing again.