Scranton musician Grant Williams is continuing his series of videos for each of his new solo bass compositions, so with Halloween just around the corner, we’re premiering his next song, “Bloody Mary,” exclusively right here on NEPA Scene.

“There are multiple versions of the “Bloody Mary” story in folklore, but they all have the same major components in them: woman suffers/dies, her ghost can be summoned by calling her name,” the 28-year-old bassist explained, but there’s also a more personal inspiration for the track.

“Someone was in my life who had an amazing amount of potential, but that didn’t reflect on the surface. Poor circumstances dug her into a seemingly inescapable hole. Poor decisions she made to quell the pain of that fact only dug it deeper. We had long talks about her escaping this purgatory, but countless hours of talking and planning never seemed to help. Then a very close family member of hers became terminally ill. Be it perspective, fear, I don’t know, but that made her change. Rapidly. Her potential stopped being only that and became tangible achievements. She was accepted to a school she had worked tirelessly to attend. She moved away. She was escaping that purgatory and creating the life she’d always talked about having. 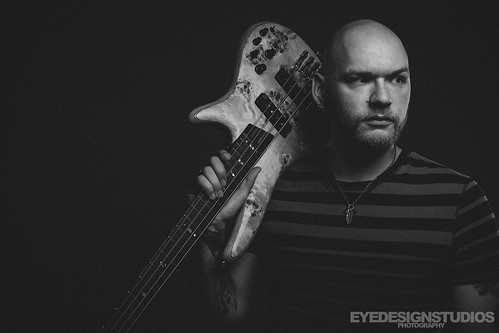 The quiet and haunting audio was recorded and mixed at Side B Studios in Wapwallopen, while the video was filmed at Rec Room Studios in Scranton by Ken Jones Imagery.

“They were a delight to work with, and I would absolutely recommend you check them out,” Williams said of the local photo and video production company.

“I want to thank Cliff Evans for letting me use Rec Room Studios’ live room. I also want to thank Ken and Carol Jones and Mikki St. Pierre for all their help in shooting it and making this a reality.”

Williams can be seen performing “Bloody Mary” and many other original songs at the following scheduled shows:

Follow Williams on Facebook and ReverbNation for more music, and learn more about him in this NEPA Scene’s Got Talent spotlight.

Watch the first video for “A Single Step” here.