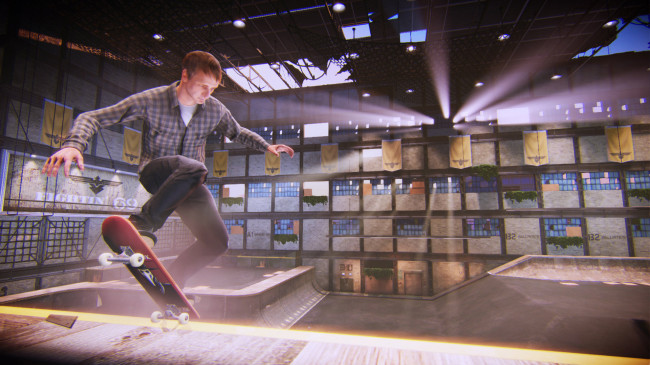 The “Tony Hawk” video game franchise has been a beloved series of mine since the first “Pro Skater” came out back in 1999. I was a fan of skateboarding before the game was released, so getting the opportunity to skate as my favorite skaters in fictional and real world locales had me STOKED! Luckily, the game did not disappoint. The skating – busting out tricks everywhere and anywhere – felt fantastic. I completed all of the game’s challenges, found every gap, and collected every stat point and deck for every skater in the game. In laymen’s terms, I crushed the hell out of it!

After that first game, I needed to play every sequel. Each game provided new locations and levels, more skaters, different decks, new hidden skaters, and new or tweaked game mechanics. In the next six sequels, I reached 100 percent every time like it was my job. However, by the seventh sequel, “Tony Hawk’s American Wasteland,” I could tell the series was getting close to jumping the shark. Innovations were becoming smaller and smaller, and there was more of a focus on storylines that weren’t entirely necessary. I had lost all interest in the series by the ‘06 and ‘07 installments.

I’m grateful that I did, too, because in 2009, the next “Tony Hawk” game came with a giant $100 plastic skateboard-sized motion controller that the game had to be played with. The idea is that you’d ape real-life skating motions with one’s hands and feet to perform the moves. “Tony Hawk: Ride” and its successor “Shred” were the worst and lowest selling titles in the series.

Since then, the skateboarding game genre has floundered. Even EA’s “Skate” series has all but vanished from the minds of a population that accepts and supports skateboarding more than ever. I cannot speak for everyone, but I truly miss them. That is why I became damn near elated when I heard that Activision and Robomodo was going to release “Tony Hawk’s Pro Skater 5.” The publisher and developer, respectively, were going to take the series back to its roots: storylines, over-the-top cartoonish antics, and goofy peripherals would be gone. It may be the 12th game in the series, but “THPS5” would be a true sequel to the original four titles and potentially resurrect a genre and series that was once a powerhouse!

Now, that above line is not my sentiment – far from it – however, that absolutely is the unspoken opinion of Activision, and possibly even Robomodo as well. That HAS to be the case, because that could be the only reason as to why “THPS5” is utter garbage! It has been just over two weeks since its release, and the Internet has erupted with outrage over the product. Their ire isn’t misplaced, either.

The hate, anger, and dissatisfaction – mine and theirs – is because the finished game is, well, far from finished. “THPS5” is a virtually incomplete. How incomplete? Let’s just say they only shipped a third of a game. Why a third? Well, since the game’s install is about 3 gigs in size, and the mandatory day-one patch is slightly over 7 gigs (double the original install size), we can infer that 1/3 + 2/3 = 3/3 which makes 100 percent. Yet even after said patch, “THPS5” remains a broken game. Reports of the game freezing on the “developer screens” are rampant! Then, if you do get past that, the game is still practically unplayable. It seems to be nothing but a litany of bad decisions and glitches.

If “THPS5” was supposed to be a “true sequel” to the “THPS” moniker, Robotmodo sure took enough steps backwards. The move/trick list has been limited and stunted from what fans of the series last saw in “THPS 3” and “4.” They decided to map the extended trick lists one can perform to a limited meter that depletes faster than it takes to fill. They also decided to remove the Create-A-Skater feature, which has been a mainstay since “THPS 2.” Instead, you’re able to collect “swag,” which includes different heads, bodies, arms, feet, etc. These can be placed on an established skater, so if you wanted to be a skater in cosplay, this is the game for you! By the way, because of this feature, there are also no hidden characters either, but hey, at least you can play as Lil Wayne! Yeah… I’m honestly going to gloss over his useless presence because it seems to be one of the better decisions Robomodo made for this game, which is really saying something.

As you skate around levels, attempting to enjoy yourself, you may find that you’ve just crashed into an invisible wall or barrier sporadically placed about. There shouldn’t be anything there, but there’s definitely a shitting wall right in front of you. Another wonderful glitch can occur if you try to ollie over a rail or ledge at slow speeds. Instead of jumping over it, as intended, you’ll rag doll and rocket into the stratosphere, oftentimes with your board impaled on a foot or hand. Come to think of it, ollieing while stationary can cause that as well… or even when you’re traveling at speed. Basically, ollieing in general is a big issue, which is ridiculous since jumping is a big damn component to skating itself.

The most common glitches are the clipping. Clipping is when a character or figure can walk or phase through intended solid objects. Bail on a ramp; clip right through it. Fall on a quarter pipe; sink into it like it has just became quicksand. Fly into a wall; phase into the next room. Then again, you may just pass through that floor or wall entirely and simply end up in a void. Who knows?! The mystery is part of the fun! It’s too bad they didn’t include hidden characters. This is seriously a missed opportunity by Activision, as they could’ve contacted Marvel and had Kitty Pryde from the X-Men in the game. That way, when you do phase right through solid surfaces, at least it would make some goddamn sense given her mutant power.

What I want to know is how the hell did Activision think that this would be acceptable, that everyone would be fine and dandy with this fucking travesty of a game?! And it isn’t like it is a discounted game – this is a full-blown $60 title! I wouldn’t pay $5 for this piece of shit, nor should anyone, but they have the balls to charge full price for this shitfest! That’s mind-blowing to me and shows that this was only ever intended to be a final moneygrubbing cash-in before their license of the franchise expired at the end of 2015.

What the hell is wrong with you, Activision? At this point, having seen and heard all the horror stories, anyone unfortunate enough to have been duped into buying this game should demand refunds. You pretty much conned and robbed all those people who purchased this game blindly. Thank God your exclusivity deal with Tony Hawk will be expiring shortly, as you clearly bailed on the franchise and its fanbase a long fucking time ago. I’m just thankful I still own those first seven titles, as I can always turn to those for some classic skateboarding gaming and entertainment. It isn’t like you were going to provide it to me or any “THPS” fan, even after all these years – and $60.