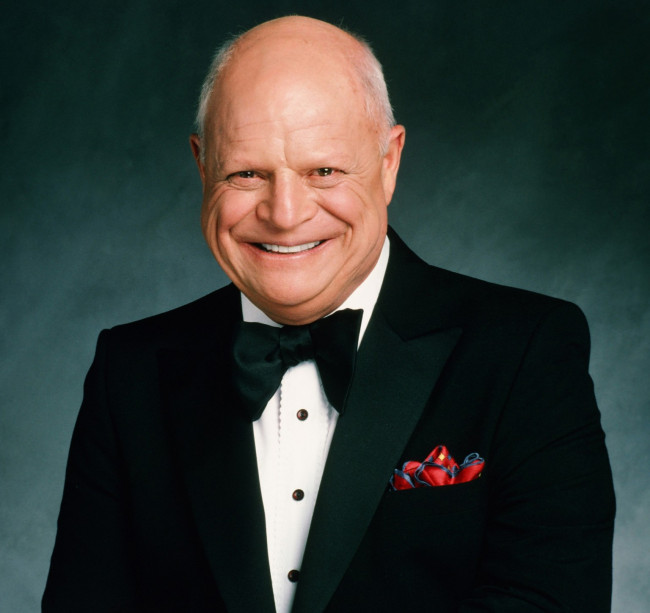 Don Rickles is one of comedy’s most famous funnymen. In fact, he is a comedic living legend. For over 55 years, he has appeared in top showrooms and concert halls throughout the U.S. and internationally, and he’ll be performing at the Sands Bethlehem Event Center on Thursday, May 12, 2016 at 8 p.m.

Regarded among the world’s top entertainers, Rickles earned the nicknames “The Merchant of Venom” and “Mr. Warmth” (coined affectionately by Johnny Carson) for his style of humor, in which he pokes fun at people of all ethnicities and walks of life.

Rickles appeared in major motion pictures and made guest appearances on multiple TV shows from the ‘60s to present day, from “Get Smart,” “The Dick Van Dyke Show,” “The Lucy Show,” “The Munsters,” “Gilligan’s Island,” “The Andy Griffith Show,” and “I Dream of Jeannie” to, more recently, with Kathy Griffin on her TV show, alongside Betty White in an episode of “Hot in Cleveland,” as a talking rose during a Super Bowl commercial, in an HBO documentary on his life and career, and not to mention an oft-seen Snickers commercial with Joe Pesci.

He has been in films like “Muscle Beach Party,” “X: The Man with the X-Ray Eyes,” “Kelly’s Heroes” with Clint Eastwood, HBO’s “Tales from the Crypt,” and the film “Innocent Blood.” He also appeared alongside Robert De Niro in “Casino” and was the voice of Mr. Potato Head in the “Toy Story” franchise.

As his career progressed, Rickles often appeared on television talk shows. He went on to become a frequent guest and guest host on “The Tonight Show,” appearing over 100 times during Johnny Carson’s tenure. To this day, he continues to be a much sought-after guest on the talk show circuit, frequently appearing with such hosts as David Letterman, Jay Leno, Jimmy Kimmel, and Craig Ferguson.

In the ‘70s, Rickles was a frequent guest on “The Dean Martin Show” and his celebrity roasts, which continued into the mid-‘80s, all while recording comedy albums, doing standup, and starring in his own TV show “C.P.O Sharkey,” plus guesting on “Hollywood Squares” and even having his likeness portrayed in a comic book.

Another memorable TV appearance came in 1985. When Frank Sinatra was asked to perform at Ronald Reagan’s second inaugural ball, he stipulated that he would not do so unless Rickles was allowed to perform with him.

Since 2000, he’s received the honor of having his star placed alongside the greats on the Hollywood Walk of Fame, written two books, won the prestigious Johnny Carson Award for Comedic Excellence, and was honored with the Friars Club’s Lifetime Achievement Award for Comedy.

In May of 2014, Spike TV, TV Land, and Comedy Central aired “One Night Only: An All-Star Comedy Tribute to Don Rickles,” honoring him with a two-hour special at the famed Apollo Theater in New York City.

Rickles continues to be very active on the stand-up comedy scene and is still a popular performer in Las Vegas, Atlantic City, and venues around the country. He has no plans to retire. In a recent interview, he said, “I’m in good health. I’m working better than I ever have. The audiences are great. Why should I retire? I’m like a fighter. The bell rings and you come out and fight. My energy comes alive. And, I still enjoy it.”