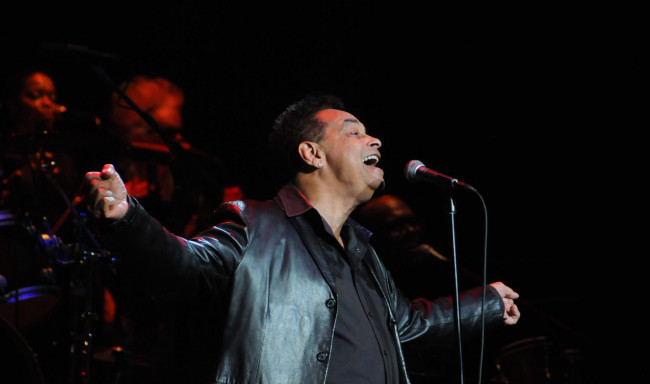 The golden oldies filled the F.M. Kirby Center for the Performing Arts once again on Saturday, Nov. 21, but the show almost did not go on.

“It’s been a rough 48 hours,” concert promoter Joe Nardone said as he welcomed the audience to “The Best of Doo Wop.” First, he said, the Platters called two days before the show saying they were finishing up a European tour and could not get to the Kirby Center in time due to delayed flights because of the recent terrorist attacks.

Then on Saturday morning, Gene Chandler called to say he was stuck at an airport in Chicago due to a snow storm.

But after placing a few phone calls, Nardone had replacements lined up – Charlie Thomas’ Drifters and Gary U.S. Bonds joined the previously announced Coasters and Chantels – and the show came together at the last minute.

For those disappointed by the cancellations, refunds were available. “But you have to ask for the refund tonight,” Nardone joked. “You can’t wait until after the show and ask for your money back.”
There was no need for any talk of refunds as the four acts each performed brilliantly, bringing back the sounds of the late 1950s and early 1960s.

First up were the Coasters, the popular R&B quartet who placed 18 songs in the Hot 100 between 1956 and 1964 and were part of the second class of inductees into the Rock and Roll Hall of Fame in 1987.

The current Coasters – J.W. Lance (lead vocals), Primotivo Candelara (baritone vocals), Eddie Whitfield (bass vocals), and Dennis Anderson (tenor vocals) – do a fine job paying tribute to their groups’ hall of fame lineup. Saturday’s performance began with “That Is Rock and Roll” from the 1959 album “The Coasters’ Greatest Hits,” followed by “Poison Ivy,” a No. 7 hit from later that same year.

The group and the audience had a blast with “Along Came Jones,” the comedic tune written by the legendary team of Jerry Leiber and Mike Stoller (as were most of the Coasters’ hits) that tells the tale of a villain and a ranch owner on an unnamed television show.

The Coasters then finished up with its two biggest hits – 1959’s “Charlie Brown,” which stalled out at No. 2 for three weeks, and 1958’s chart-topping “Yakety Yak.”

Returning favorites Charlie Thomas’ Drifters were next, starting with gorgeous versions of “On Broadway” and “This Magic Moment,” two tunes originally sung by the recently deceased Ben E. King.
Thomas, one of seven men inducted into the Rock and Roll Hall of Fame as a Drifter, is still a wonderful entertainer at the age of 78. He treated the crowd to “Sweets for My Sweet,” the biggest hit on which he sang lead, plus King classics such as “I Count the Tears,” “Save the Last Dance for Me,” and “There Goes My Baby.”

After singing the group’s No. 4 hit from 1964, “Under the Boardwalk,” it seemed like Thomas’ time on stage had come to an end. But he wasn’t finished yet – he came back out to sing what he called his favorite song, a stunning a cappella version of “God Bless America,” which had the entire audience standing up and singing along. Thomas and his current collection of Drifters then finished up with a great version of The Isley Brothers’ “Shout.”

Vocal Group Hall of Famers the Chantels, still featuring three of its original members, opened the second half of the show with “Look in My Eyes,” a No. 14 hit from 1961, and “He’s Gone,” the group’s debut single from 1957.

Original members Lois Harris Powell, Sonia Goring Wilson, and Renee Minus White provided the harmonies and newer member Amy Ortiz (who has been with the group since 1997) sang most of the leads. “We have been singing together for 59 years,” Harris Powell said before Ortiz led the group on its most memorable hit, 1958’s “Maybe.”

Bonds, who joked he was a last-minute substitution for either Tony Bennett or Tony Orlando, opened and closed with his two biggest hits, 1960’s “New Orleans” and 1961’s “Quarter to Three.”

In between, he sang a medley of his other hits, including “Twist, Twist Senora” and “School Is Out,” and introduced the audience to his wife of 52 years, Laurie Anderson, and his daughter, Laurie Jr., who served as his background singers.

Bonds also did a heartfelt tribute to King, who passed away in April, calling him one of his best friends and singing a medley of “Stand by Me” and “Don’t Play That Song (You Lied).”

Master of Ceremonies for the evening was former WARM disc jockey Joey Shaver, who announced that Nardone’s next concert to be held on May 7, 2016 will feature Chubby Checker and the Duprees. 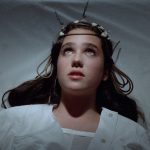 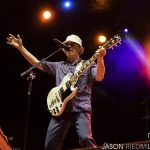